Jorge Miranda
in Economy and Business
0 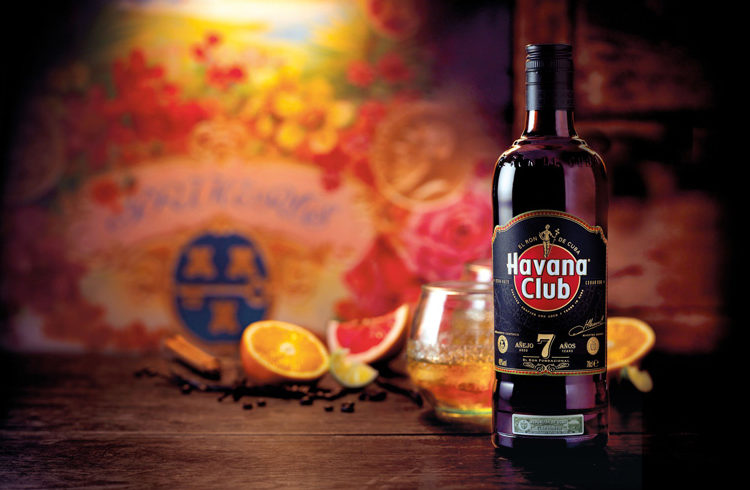 Havana Club 7 years (HC7) is a part of Cuba that can be taken anyplace. It conserves the flavor and the original traditions of rum making.

A change in the image of this product that starts with the very bottle has been taking place since a few months ago. To find out about this work, OnCuba talked with Sergio Valdés Dorta, market development manager of Havana Club International.

The firm intervenes in the entire process: from the rum’s production to its distribution. Subsidiaries of the French Pernod Ricard group, which is a 50 percent partner of Havana Club and the second world distributor of spirits, are used outside Cuba.

What is the reason for this new image of Havana Club 7 years?

We can say that HC7 is the flagship product in the Havana Club gamut. It had had the same presentation for many years and we understood it was time for a change.

According to rum master Navarro, the new product does justice to what it really must comprise. We are presenting a bottle that is near to the traditional rum bottles that were used and transmits the exceptional high-quality character of the drink.

And when we speak of the new image it’s not just about a change in the bottle but rather of a group of elements that communicate with consumers.

There’s something important: this variety opened the doors to a new chapter in the world of rum and it’s the entrance of the extra vintage rums.

When the HC7 started being produced in the 1970s a unique technique was introduced at that time. Rum master Navarro decided that he was not going to bottle all the product, but rather that he would put it into barrels to start a new cycle of aging where it stays from between 5 and 7 years and generates a new base that is again used in the production of HC7. This is known as continuous aging.

Does this rum have bases of almost 40 years?

Indeed, in that drink traces are detected even from before the 1970s. In fact, being able to have these bases undoubtedly allows us to say that we will always have a greater quality product, even though a stable pattern exists, but with positive implications.

The extra vintage rum is the new category of this drink. As Navarro says, the HC7 is the mother of this entire iconic collection: Selección de Maestros, Havana Club 15 years, the homage rums, Havana Club Unión, Havana Club Máximo. That’s why we call it foundational rum.

Vintage rums were previously made with different bases; however, the HC7, with the continuous aging, based on the senses is the richest in aroma, in flavor, permanence in the mouth. How do this details influence the quality of the drink.

The entire history appears in the new presentation’s label, which explains what is that founds this rum. Another element is that in the end all the HC7 is the work of many persons; the rum masters are unquestionably very important but there are more persons who influence the art of the spirit. For example, there is the name of Josefina Sierra, who works in the quality control section. People can enter http://people.havana-club.com/en/havana-people/josephina-sierra/ to find out about the life of workers like Josefina. These approaches imply a more personal nature of our product.

It has the same logo with all its force in the color red and the Giraldilla, symbol of Havana. The number 7 referring to the age of the youngest drop of alcohol of this rum and the color amber of the bottle. The state warrant seal indicates it is an originally Cuban product. The colonial baroque form stands out, transporting us to the time of the rum’s foundation; some drawings resembling those formerly used in floor tiles also sends us back to the idea of the foundational.

How was this change strategy developed?

The team in charge of this first carried out a detailed research. For example, we looked for the type of bottles used in the rum’s beginnings, old ones, which would serve as inspiration. At the same time we studied the market tendencies to decide if we should move in line with the market or be completely disruptive and do something new.

With respect to the ergonometric theme, it is a product that can be easily manipulated by the bartender. In this entire process there’s an integrating element, the bottle is an element that has an immediate impact on consumers but the whole responds to a global strategy where it is reinforced with other support materials. There’s a worldwide campaign for this bottle designed so that this be a night product, with the slogan: Color the night. This rum comes from Havana, a city that doesn’t sleep, colorful….

Another important element is that you can drink it as you best prefer. A very popular way is mixing it with a Coke, of course, whoever wants a Cuba Libre based on HC7 will have the best; however, we have developed proposals on how to drink HC7. Work has been carried out on some cocktails that are very attractive, for example the Canchánchara, which comes from the Wars of Independence; at times the only thing ingested by the Mambí fighters when going into battle. We have reformulated the Canchánchara using bee honey, lime, but instead of spirits we add HC7. Another drink we worked on with HC7 is the Old Fashion. We don’t want them to be complicated drinks; we defend simplicity to not lose the original flavor.

Parallel to this we developed other products called Esencias de Cuba: cacao, aromatic leaves, tropical fruit and honey. They are flavors that are already in HC7, but with two drops of these essences the taste you prefer can be highlited.

We have a variety of amount of liquids, bottles of 70 cl, 75 cl, one liter and in short three liters. Around them there is a world of different tools, for example a display with four specific glasses (imitating a bit the clay drinking bowl used in some parts of the Cuban countryside but made of glass), coasters that also complete the set with the predetermined colors and designs. The prices vary from 10 euros to 2,400 which is what the Extra Añejo Máximo costs, of which only 500 liters are produced a year.

It is an ambitious change in pursuit of merits, quality and history of the HC7.

Havana Club has also been recognized in the courts by winning the lawsuit against Bacardí. Meanwhile, the U.S. market is tempting for the marketing in short of the Cuban product. How are you getting ready to enter that country, and moreover taking into account the competition factor?

The United States is very important for rum since it represents 40 percent of the world market in the Premium category, to which we belong. Entering that market is very attractive for Havana Club. At present, not counting the U.S. market, we rank 22nd worldwide among the spirits.

The U.S. is a market of reference, people visit that country, they see that it is in fashion there and of course they buy what is consumed there. We hope the U.S. neighbors can taste our rums. We have the industrial conditions to cover a possible demand for HC7. It should be pointed out that we are in more than 125 world markets. We are closely following the negotiations between the two countries with the hope that the blockade is lifted and we are able to market our brand there. Let’s hope it is as soon as possible, it will be good for both.

I think that the fact that we rank third in international rums is a show of the work and seriousness with which we assume it. In a survey made in the 50 most representatives world bars Havana Club was chosen as the favorite rum brand by the bartenders, it is a good reception.

In today’s world there has to be a good marketing technique and communication for clients to know the product that is being used. We have a very strong team that enters the digital platforms, highlighting culture, sports…. We decided that when we sell Havana Club it is not just about a liquid but rather a way of sharing culture and idiosyncrasy, part of the daily life of Cubans.

Why do you recommend Havana Club 7 years?

This rum has a very long tradition and represents total respect for Cuban rum. The way in which rum is currently consumed was born in Cuba and we are faithful heirs to that culture. The rum masters have been responsible for our new factories conserving all the original elements, the use of the best quality sugarcane molasses, we add nothing artificial to any of the products of our gamut. For example, the part that evaporates every year that is known as Porcion de los ángeles [Angels’ portion], represents 2 percent in whisky productions while in HC7 we have an 8 percent, therefore it is a very strong aging that leaves a strong aroma, a complex flavor between tropical fruit, gentle oak and the natural spirit of Cuban sugarcane. That’s where the success of the drink is, a result of meticulous work.