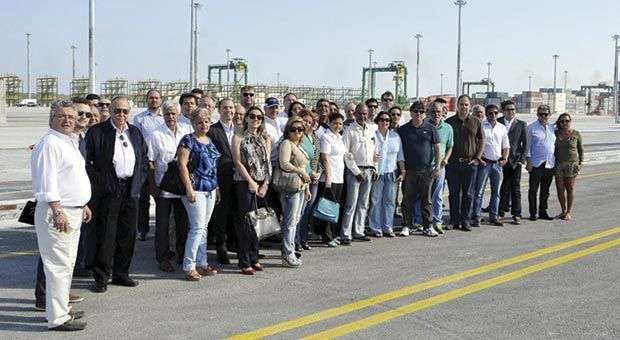 What is the Cuban government seeking with the approval of the new Foreign Investment Law? Is it a significant turning point or simply an updating of the legislative body? Will the largest Caribbean island open up to international entrepreneurship without restrictions?

Cuba has not enjoyed much acceptance among businessmen and transnational corporations. This was acknowledged by the Cuban Minister of External Trade and Foreign Investment (MINCEX) himself, Rodrigo Malmierca, before the Cuban Parliament, when he stated that one of the obstacles to the application of the new law would be the “mistakes made in the past in this activity.”

The sudden wish to receive between 2 and 2.5 billion dollars a year in external financing clashes with these antecedents. However, the new law and discussion process that accompanied its approval shed some light on the depth of the change.

The first signal of transformation is found in the taxes eliminated for those established on the island: the personal taxes, customs, utilities (for eight years) and for the use of a workforce, as well as the fifty percent reduction of the tax on wholesales after the first year of operation (during the first twelve months its payment is exonerated). In addition, the Ministry of Finances and Prices can grant total or partial exemptions to the investors on a temporary or permanent basis, upon a consultation with the Council of Ministers.

Among the most mentioned changes from the new law is the explicit invitation sent to the Cuban business owners dispersed throughout the world. Their presence as investors in Cuba was never forbidden, but until now, no emigrant has started businesses on the island.

“A Cuban that lives outside of the country and has a serious business, with experience, with sufficient capital to develop a business, can be evaluated. There is no limitation on the capital of Cubans living abroad,” stated Déborah Rivas, the general director of Foreign Investment at the Ministry of External Trade and Foreign Investment.

More proof is the political will to accept the future existence of businesses with total foreign capital, without the presence of national investors or the Cuban State. This possibility existed in the previous law, but a project with these characteristics was never approved.

The new investment projects will be analyzed case by case by a Foreign Investment Business Evaluation Commission, comprised of an important group of organizations from the Central Administration of the Cuban State and other government entities.
Another unpopular limitation that persists is the employment agencies. The future investors will depend on them to contract the work force that they require.

A difference from the previous law is that these agencies will not collect fees anymore, but rather offer an orientation service. In the former scene, these entities retained an important part of the salaries of the workers, which was turned over to the State coffers.

The governmental argument in favor of these agencies is the lack of knowledge of the investors about the country and its human capital, and that they guarantee the respect of the Cuban workers’ labor rights by demanding the fulfillment of the Work and Social Security Code. “We cannot give our work force as a gift,” said Rivas in a national daily when being interviewed about the subject.

The payment of the contracted workers is another one of the powers of the employment agencies, due to the fact that they are the ones that negotiate the salary with the investing entity. The amount to remunerate the employees is another subject that is not clear. The MINCEX affirms that their adaptation will consider the stipulated salary in the Latin American region and the average Cuban monthly salary.

Outside of the island, the main difficulty will be the persecution by the United States government of the financial operations coming from Cuba. The situation of Cuba’s external debt and the deficit of constructive capacity are also recognized, which will affect the investments that the Cuban State has begun.

And the Cuban Who Has Not Left?

Cuba is opening its economy to businessmen from other countries, but it is not doing the same thing with entrepreneurs in its own territory. Professor Jesús Arboleya commented, “due to political prejudices, the Cuban law does not even recognize the existence of small private businesses, which means that these forms of property are lumped in with the ´self-employed´ without recognizing their specificities.”

However, it was not necessary to pass legislation for these types of businesses to receive capital from abroad. The significant role of the emigrated Cubans in these self-employment businesses is a concrete reality. From their countries of residence, Cubans living abroad have been financing the projects of their families, friends, or business partners; as an opportunity that emerged from the opening of small businesses in 2010.

For Arboleya, this situation entails a curious breach to the blockade, in the case of the Cuban-American or other emigrants, “a massive rebellion against its measures,” which complicate its implementation.

Déborah Rivas said that the new law is exact in defining the potential investors as juridical persons: entities like businesses and cooperatives, not as natural persons. However, it cleared up that all Cubans have the possibility of investing in the country, in the self-employment sector, including capital coming from remittances, which is not forbidden.

The self-employed Cuban does not have access to a wholesale market, he/she can only work in the activities foreseen and legalized by the State, and he is subjugated to a progressive tax system in which he must turn over have of his income after reaching 60 thousand Cuban pesos (about 2,400 U.S. dollars).

A Solution to the National Problems

For the government of Havana, the Foreign Investment Law is a solution to a chain of problems that the country is facing, from the economic deceleration to the demographic imbalances. Also, those who are in control of the Cuban economy have publicly manifested their desire to imitate the relationship to Foreign Investment that sustain the “successful processes of economic development,” referring to the countries that have growth rates of more than 5 percent annually.

The goal is to duplicate, and even triple the percentage of economic growth in Cuba, which is predicted around 2.2% for 2014.
During the Parliament session that approved the law, Marino Murillo, vice-president of the government and head of the government commission related to the “economic updates” predicted all the possible scenes to convince each delegate present at the Assembly of one idea: it is impossible to avoid foreign investment and have economic growth at the same time.

In addition to the growth, there is also a plan to stop importing products that could be produced in Cuba, and substitute the foreign oil consumed by the island with new forms of renewable energy.

Besides the law, what can Cuba offer as a place to invest in? The answer was given in 2012 by the Center of Studies of the Cuban Economy at the University of Havana, in a study carried out as part of a contract with the Delegation of the European Union on the island.

The report explains “from the perspective of the foreign investor, if Cuba is a market of small dimensions, at the same time it is a country with very underdeveloped productive systems, in which almost everything needs to be done, and which currently imports a large part of what it consumes.”

The study adds that this situation “puts an unlimited number of possibilities or market niches before the eyes of investors and this is the reason they feel motivated to enter. It should also be considered that, in terms of prices, the internal market could turn out to be more attractive due to lack of competition, the absence of an anti-monopoly legislation.”

The legislative text will not be officially published until the middle of June, 2014. Its content, as well as the interpretation by its writers and explanations given by the legislators that approved it, will demonstrate that the new law is a serious invitation to foreign investors to come do business in and with Cuba.

Brazil: One of the Main Commercial Partners of Cuba

Brazil: One of the Main Commercial Partners of Cuba