Is this the end of the dual currency? 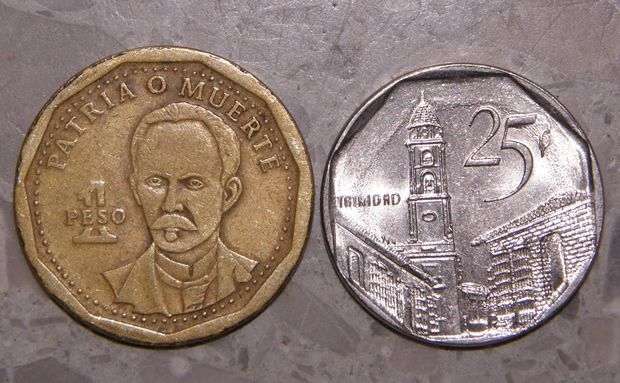 Some expectations must have been deflated again this weekend, after the rumors of the first ordinary session of Cuban Parliament’s Eighth Legislature. At the end of the meeting, President Raul Castro addressed the deputies, the country and the world, with a short speech, as usual, where he put his foot on the brake again.

There won’t be “radical measures”, in case anyone still had doubts. This legislature, which will run until 2018, will be the last one in which the current direction of the country will chair the main body of government in Cuba. But Raul Castro has said this for the umpteenth time. It will be maintained the course of reforms based on partial and territorial experiments, legal framework adjustment and problem solutions only after being proven; all, without “hurry”.

“There is a long and complex way to run for updating our economic and social model,” Raul Castro said, but excluded “the use of shock therapies and abandonment of millions of people characterizing the adjustment policies implemented in recent years in various nations of Europe .”

After three years of the implementation of some of the most significant changes resulting from the Economic Policy Guidelines, the reforms still fail giving enough oxygen to family economies, reflecting a macro economy that fails to take off, but it does not go back either. The GDP growth of 3 percent experienced in 2012 will likely be repeated at the end of this year. But it was already announced the 3.6 percent predicted will be unattainable.

And precisely there, the Cuban president retook what many economists and as many other persons still insist on seeing as a kind of Gordian knot: the dual currency in Cuba. Raul Castro referred to it as “one of the most important obstacles for the progress of the nation.”

As an announcement, although it was not such, Raul Castro said that “studies to suppress dual currency in an orderly and comprehensive way are being carried out, allowing us to undertake greater and deeper transformations on wages and pensions, prices and tariffs, subsidies and taxes. ”

His words, however, noted the comprehensiveness of the solution to be achieved, which will involve partial measures that will enable correcting the huge distortion that the circulation of two currencies implies for Cuban economy, with two types exchange rate (for natural persons and legal persons).

The aim is “ensuring that all capable citizen to be tempted to legally work after restoring the en forcement of the socialist distributing law,” from each according to his ability, to each according to his work “, which will propitiate to end with the unjust “inverted pyramid”, or what is the same, less reward when greater responsibility. ”

That is indeed the consequence of this monetary scourge: a serious and widespread apathy by wage labor, in the circumstances that such wages are not enough to serve the table, and much less to save and build individual and family life projects. Not by chance the rest of the Cuban President’s speech to the parliament was focused on daily illegalities and corruption, which infect Cuban society.

Magic solutions such as suddenly eradicating one of the currencies (CUP / CUC) apparently are not suitable, even though the Cuban peso finishes as the only currency. But, given the lack of official news on the path to follow when overcoming monetary duality, imageries of all kinds are practiced daily.

The real solutions are those accompanied by a systemic view of the problem. “The apparent issue is always money, but the root of all this is not in the sphere of circulation, is in the sphere of the real economy,” Oneida Alvarez, Professor of Economics at the Havana University, bluntly told a few weeks ago at a debate organized by ¨Temas¨ magazine.

She also said that: ” The salary is not enough, not because we have a dual currency, but because salary can only be increased without generating an inflationary process when the productive base permits it. So, the reason that our salary is not enough is in the structural deformations our economy has, in which our exports still have a low added value, and our productivity is very low. These are the main causes that we have to change along with the reduction of external vulnerability. ”

Pavel Vidal, one of the most astute young economists also specialized in finance, recently noted that “it is possible to understand that the two currencies´ circulation, overvaluation of the official exchange rate, the dual exchange rates and the inconvertibility of Cuban peso for business are closely related elements and should be, therefore, almost simultaneously solved. For eliminating double currency is required first having a single exchange rate regime. ”

It won’t happen this year. Who knows? At least two other “measures” would have to be implemented probably, as a prelude. A steady and gainful opening to foreign investment, providing the country of money, new markets and technologies is needed to effectively increase productivity and income; and also greater incentives, “unleashing the productive forces”, to the small and medium link of a budding ¨entrepreneurial¨ s ystem that could be state, private and cooperative one.

The National Ballet of Cuba captured headlines in South Africa

Liz, a girl who fights against cancer