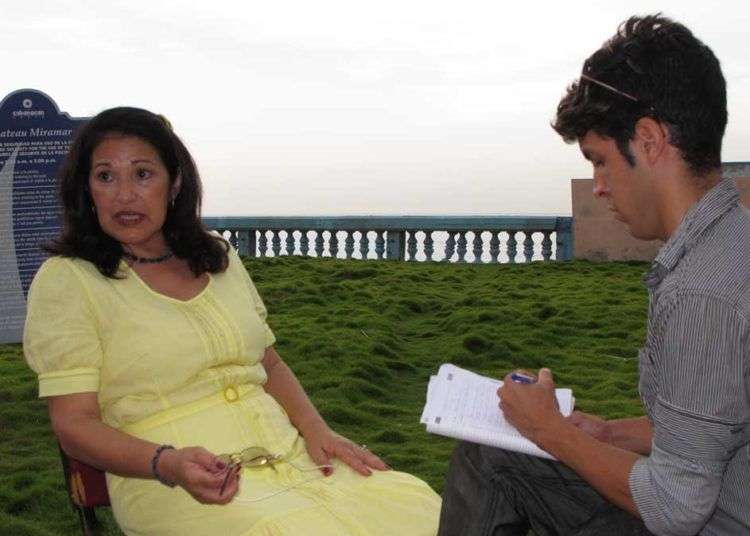 Fashion is an art as old as civilization itself. Humankind, since the dawn of times, has worried about how it would dress and look in the eyes of society. Rich people showed off their power and wealth through the flashiest of dress while the poor ones had to wear rags made of scraps of cloth.

Nowadays the garment industry is worth millions of dollars throughout the world and includes dresses, shoes, sunglasses, jewels and perfumes. The entire world revolves around the powerful triumvirate of the industry: Paris-London-Milan, cities that rule fashion in each season, being the French capital the main source of creation.

Though it is true that high couture has never boomed in our country, now you can find in our cities designers looking to authenticate a Cuban fashion within the domestic market.

Salomé is a Cuban designer that started her career creating suits and jackets. Now her designs aimed at something else. “I am looking to make a Cuban fashion that takes some distance from that dependence we have for what comes from abroad”, she explains.

About five times a year this artist shares her designs in a kind of casual fashion parade in the Chateau Miramar Hotel, where there is a boutique that exclusively sells her products .

In her quest for authenticity this Cuban lady proposes pieces that skirt both elegancy and casual, using different materials such as canvas, linen, cotton, among others.

She says that "in fashion almost everything is already said and happens in cycles. Climate itself forces you to go one way or another, if you have to use more embroidered, or if the colors are light or sober. "

The variety and dynamism in the design, combined with fresh colorful designs excel in these collections Salomé proposes. She uses the same long necklines with tropical and Cuban cuts, and stops, and the so-called Aladinas – for its resemblance to the common Arab garb in homonymous Walt Disney film, flights, belts and ribbons at the waist to give greater elegance to the gown, either short or long.

Anyway, for tastes and colors, as the Cuban saying goes Salomé has thought her offers that range between seven and 70 CUC in price, depending on the material and how complex the design of the piece is.

Those same parades are attended by professional models, women from the neighbourhood with a little overweight or of age already, or great actresses such as Paula Ali, Zelma Morales, Eslinda Nunez, Luisa Maria Jimenez, among others.

The Havana Malecón: Essential Threshold of the Sea

María Viván returns to the stage