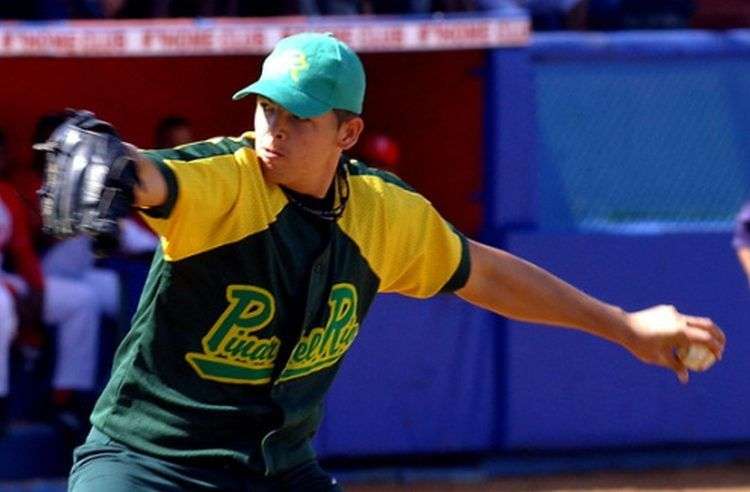 Lorenzo Quintana and Julio Alfredo Martínez have gone out of Cuban baseball. Both left without saying goodbye. On December 28l ast year they did not show up at the All-Star Game in Granma and there the rumors began. According to a note from the National Baseball Directorate on January 8, Julio Alfredo and Quintana were punished for leaving the team in the current season. Hours later it was learned from the guerrillero.cu website that they had requested the deregistration of Pinar del Río team for personal reasons and would be traveling abroad soon.

Quintana (25) still promises to be a batter with a future. Despite having a limited below average defense (AVE 985 and 178 Stolen in 7 seasons), with his youth he can acquire a role as a designated hitter or maybe he could make a transition to first base or left field. He joined from young age the national team in the category championship in Mexico 2007, under the command of Giraldo González. He had already made the national team in 2014, participating as DH in the Cuba-United States friendly series and in the tournament for the centenary of baseball in Colombia.

In the long term memory of Pinar del Rio fans are the outstanding performances of Quintana with his bat in postseason of national Series 50 and 53 where Vegueros won the title. In Playoff Series 50 he hit 6 homers and had 16 RBIs. And in the 53 Series he showed a .390 OBP and 54 RBI. His swing is short, direct and leg balance is good. He produces to anywhere in the field and is an above average base runner.

The left-hander Julio Alfredo Martínez is just 23 years old. From his stay in juvenile teams he had an impact with his great curve ball and his fastball travels at 88-90 mph. He joined the Cuba U-16 team in the Venezuela World in 2007 and a year later participated in the Youth World championship in Edmonton, Canada, with players like Adeinys Hechavarría, Jose Iglesias and Aledmis Diaz, all of them now in baseball in the United States. In 2014 he attended the Cuba-USA (1-0, 7.0 IP 0.00 ERA) series and the Central American and Caribbean Games in Veracruz in November.

Julio Alfredo is not a pitcher that can go for many innings. But he already solved his problems with control and despite his young age, he is ready to face climactic moments in the game. His rise has been slow but effective and in his last two seasons already mastered the level of the League in Cuba, with (14-7) 2.10 ERA and batters were averaging against him just 217. He is not a power pitcher, but has gifts as a hard worker, difficult for rivals to hit.

The future of Lorenzo Quintana and Julio Alfredo Martínez is in another baseball, perhaps in Asia or America. They left the scene of sport in Cuba without being still at the peak of their careers. Cuban fans will notice the absence of two talented baseball players, made for extreme situations. Their farewell may be temporary or permanent, only the time will tell.