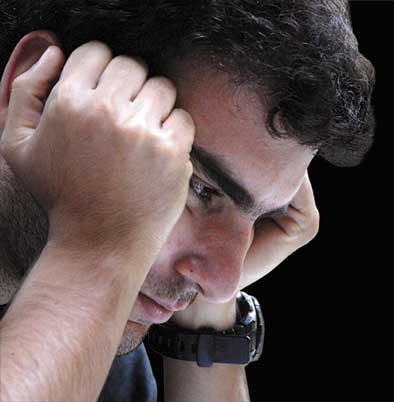 Cuban chess today boasts a select group of young players with outstanding careers. One of them is Leinier Domínguez, who has an ELO rating of 2730, placing him at No. 20 in the FIDE ranking, and making him the best-ranked Latin American player.

At just 28, Domínguez, who hails from Güines in Mayabeque province, is the great hope for this sport in Cuba, where this level of talent has not been seen since the legendary José Raúl Capablanca.

This young grandmaster, who was born on September 23, 1983, says Capablanca was unquestionably one of chess’s all-time greats.

Capablanca was a player who dominated chess in his time. He was the best in the world; in fact, I think the was the best a little bit before he was proclaimed world champion, and personally, I have always admired Capablanca’s style, his games.

I think that they bring a lot to all chess players, and personally, they have been really helpful for me; I really admire him.

Leinier is preparing to compete in the Elite Group of the 2012 Capablanca Memorial, to be held in early May at the Hotel Habana Riviera.

In recent years it has become a hotly-disputed tournament, one that I am really looking forward to, because some very strong players are coming. This year, Ukrainian Vassily Ivanchuk will be here (2764), along with Russians Ian Nepomniachtchi (2718) and Vladimir Potkin (2669) and others. I think good preparation in order, and I hope to do well this year.

This jovial young man with an ever-ready smile admits that he tries to lead a normal life, despite the large quantities of time he devotes to studying the “game of science.”

While I do spend a lot of time on chess, above all because I enjoy it — not just playing, but also preparing myself and studying it — I also try to make my life as balanced as possible. I play a lot of other sports as well, such as soccer, tennis and baseball. Like any good Cuban, I follow baseball and I enjoy playing it. In general, I try to use sports for relaxation and physical preparation for chess.

Aside from that, I try to live my life as normally as possible. I spend time with my family and friends, have fun, listen to music, go out — all the normal things that young people do, to try to live in a balanced way.

Leinier is an unassuming Cuban who enjoys his country “for its climate and the human warmth of its people.” His musical tastes run from Buena Fe to Silvio Rodríguez, and he says his family is his principal source of inspiration.

My family is fantastic! They have been a real bulwark of support for me throughout my career, motivating me since I was a child, so that I could devote myself to chess and reach my maximum potential. That is something for which I am really grateful. Without that support, I might not have been able to achieve what I have.

Known for his offensive capabilities and for not losing his nerve against his rivals, Leinier says his idols include U.S. player Robert James “Bobby” Fischer and Ivanchuk, descibing him as a spectacular and very resourceful player.

The talented player does not hesitate to list his strongest rivals.

I think that there are about four players who are fit into the “super elite” category, the best of the best: Norwegian Magnus Carlsen, Armenian Levon Aronian, Russian Vladimir Kramnik and Indian Viswanathan Anand. Any of those four is a very strong rival, because they are so powerfully prepared. It makes playing any of them really tricky.

Domínguez has many pleasant memories of his still-rising career.

I hope that the peak is still to come, but in 2008, I won the World Blitz Championship, which was the most important achievement of my career, to which I could add placing fifth in the 2004 Tripoli Knockout World Championship, and the most recent world championship, when I placed among the 16 best.

Right now I’m not thinking about that. I’m focusing more on trying to improve my game, and above all, trying to enjoy chess, which is what I’ve always done.

The story goes that a little boy, just four years old, watched a game of chess between his father and a friend, and accused his dad of making an illegal move with his knight. “You can’t do that,” he said, moving closer to show them what had happened.

That little boy was José Raúl Capablanca y Graupera, who was born in Havana on November 19, 1888 and is considered to be the best Cuban chess player of all time, possessing extraordinary talent for this sport and reigning as world champion from 1921 to 1927.

In 1901, at just 13 years old, he defeated Cuban national champion Juan Corzo, and eight years later, he became one of the top masters in the world after surprisingly defeating the Grandmaster and U.S. champion Frank J. Marshall 15-8 (8 wins, no losses, 7 draws).

The pinnacle of Capablanca’s career came in 1921, when he defeated German Emanuel Lasker in a match for the world title in the Cuban capital. From that moment, he reigned as world chess champion until 1927, when he ceded to the Russian-French player Alexander Alekhine.

Before his match against Lasker, the German had told Capablanca, “You have earned the title not by the formality of a challenge, but by your brilliant mastery.”

The top grandmasters of that time expressed their sympathies and described him as the greatest chess player of all time.

Throughout his career, Capablanca lost only 35 official matches and remained unbeaten for more than eight years, from February 10, 1916 to March 21, 1924, with a record of 63 victories.

This outstanding player did not create a school of chess per se, but his style was very influential in the games of world champions like Bobby Fischer and Anatoly Karpov.

The Capablanca International Memorial Tournament has been held every year in the Cuban capital, usually in May, since 1962. The 47th tournament will be held from May 3 to 14 this year at the Hotel Habana Riviera.

The Season of Romerías

The Season of Romerías

How to obtain cellular telephone service in Cuba