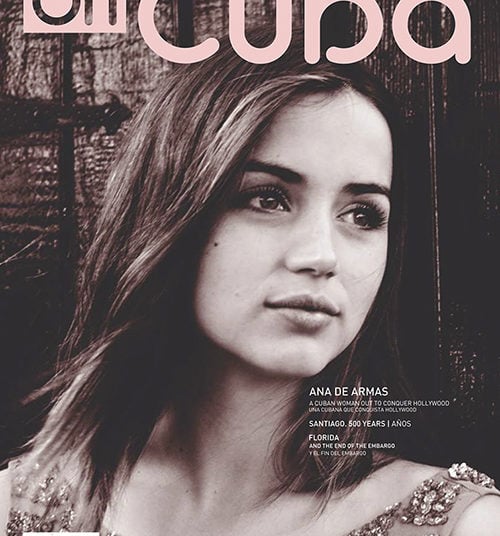 A little boy hanging from a ceiling lamp in a room that was almost empty, while the other children—four or five—observed the spectacle as if it were part of the Cirque du Soleil…. That’s my memory of the first time I walked into the Cuban Interests Section in Washington. It was the 1980s, and I was a little girl who lived there for a while…during what was perhaps one of the tensest moments in 50 years of complex Cuba-U.S. relations.

I am writing these words shortly before traveling to Washington once again; this time, I will walk into that building as a correspondent for OnCuba, one of the media invited to the opening ceremony for the Cuban Embassy in the United States.

More than 30 years had to pass. Even five years ago, very few of us could have imagined such a moment: a Cuban flag flying over 2630 16th Street, in Washington, D.C., and OnCuba, a U.S. media outlet with a bureau in Havana, owned by a Cuban-American and Miami resident, on hand to report it. Many things have changed….

At OnCuba, we continue reporting on a Cuban reality that includes those of us who were born on this island, wherever we may live, and keeping our finger on the pulse of ongoing process of change that is attracting the interest of a growing number of people all over the world.

In this issue, we are devoting several articles to the city of Santiago de Cuba, which celebrates its 500th anniversary this July; we tell you about the city and its people—los santiagueros—as well as Cuba’s patron saint, the Virgin of La Caridad del Cobre, and the spectacular local rum, Ron Santiago.

Our cover article is an interview with Ana de Armas, a young and talented Cuban actress who left Cuba more than 10 years ago to work in Spain, where she starred in a very popular TV series. Now in Hollywood, in a very short time she has been able to work with seasoned actors such as Robert de Niro and Keanu Reeves.

Also in this issue, three articles by experts on the economy that I would like to recommend: economist Omar Everleny talks about direct foreign investment in Cuba; economist Raúl Morejón comments on the potential repercussions—especially in Florida—of more flexible trade relations between Cuba and the United States; and an interview with Prof. José Luis Perelló, who provides data and perspectives on Cuba’s tourism industry in the current context.

We are living in new times, and we are happy to be part of them.

Florida and the end of the embargo

Florida and the end of the embargo