Despite the new flexibilities, Cuban emigrants are not assumed, by law and the ideology of the State, as part of the nation.

rafaelrojas
in Nation and Migration
0 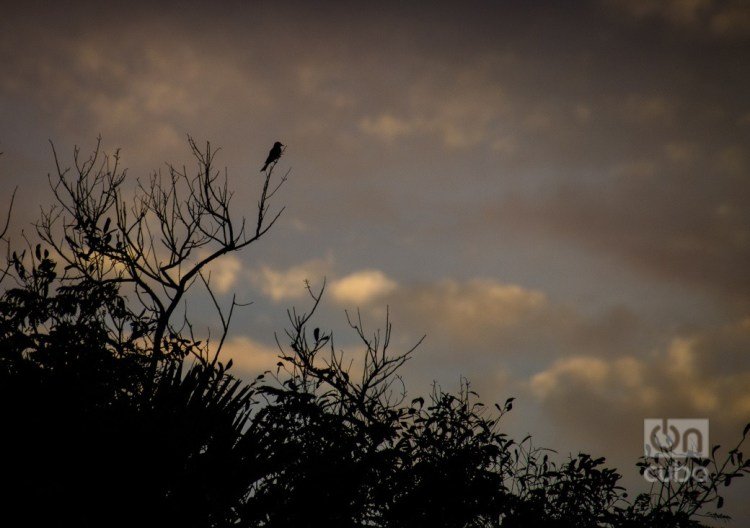 In the search engine for terms of the 2019 Constitution the word “nation” appears twelve times, much less than the word “State,” which is mentioned almost 200 times. The term “emigration,” on the other hand, is never referred to: the search engine reproduces the disturbing phrase of “no result.” That absence means nothing more than Cuban emigrants are not considered legal subjects in the new Constitution.

It doesn’t mean that we are not legal subjects in general, since between 2012 and 2015 the National Assembly and the Council of Ministers amended Migration Law No. 1312 of 1976, whose final version was approved in December 2015 in La Gaceta Oficial. In this law, few rights are recognized for emigrants, outside of having a passport, although they are more than in the previous legislation. At various points that law contradicts constitutional article 52, which says that “all persons are free to enter, remain, transit and leave the national territory.”

Although emigrants are obliged to use a Cuban passport, which are inordinately expensive and can be disabled for reasons of “national security,” they now have more facilities to enter the island. They can repatriate and recover social and economic rights. Potential migrants or temporary residents have benefited from the repeal of the exit permit and a wider margin of 24 months to live abroad. If they do not return after that period, they are automatically considered “emigrants.”

Despite the new flexibilities, emigrants are not assumed, by law and the ideology of the State, as part of the nation. In their families and neighborhoods, especially those of the last generations, who travel frequently and maintain fluid contact thanks to new technologies, they are welcomed as part of the same community. But the new constitutional text does not dedicate a sentence to them, which contrasts with the Bolivarian constitutionalism that, according to the official documentation itself, served as a reference.

What is this? The explanation is historical and, at the same time, conceptual. The Cuban emigration, which has always been a diaspora, extremely diverse and rich from the geographical, cultural and social point of view, is presented ―and, often, self-presented― as a homogeneous, anti-communist and anti-Castro subject, in the image and likeness of the original exile from the Miami of the Cold War. This homogenization is the work of that exile’s commitment to the trade embargo and other hostile policies of the United States against the island, but also from Havana’s official easy stigmatization of Miami.

That is the historical basis of the absence of emigration as a constitutional subject. However, there is also a conceptual background to the resistance to recognize migratory rights, which has to do with an ideology inherited from the Soviet tradition, for which exile was synonymous with deserter. That ideology is no longer Marxist-Leninist but excluding nationalist. It is not a revolutionary nationalist but neither is it fully republican or civic. It is a nationalism that has instrumented some of the old doctrine of “Cubanness,” without assuming its inclusive essence, which understands Cuba as a migratory nation.

In its most refined form (the transculturation of Fernando Ortiz) the concept of Cubanness overcame the phobias against the Cuban or Spanish immigration that accumulated at the beginning of the 20th century. Ramiro Guerra in Azúcar y población en las Antillas (1927) or Alberto Lamar Schweyer in La crisis del patriotismo (1929) left testimonies of a racist Cubanness that, as the second would write, based on Latin American sociologists (Bunge, García Calderón, Gil Fortoul , Vallenilla Lanz, Edwards…), tried to capture the moment in which “the immigrant ceases to be an element of union, progress and socialization” and, as a consequence of a “poor migratory distribution,” starts being “disturbing, dissociative and dangerous to the integration of nationality.”

By subordinating nationality to immigration control, the republican doctrine of Cubanness produced an exaltation of miscegenation that made black, Chinese and other communities of the nation invisible. With the 1959 Revolution, that doctrine was declared overcome along with racism, as bourgeois elements from the old regime. But after the fall of the Berlin wall and the disintegration of the USSR, in the 1990s, the ideology of the State and the cultural and educational policy returned to the thesis of Cubanness, as can be read in texts by Amando Hart, Abel Prieto, Eduardo Torres Cuevas, Ambrosio Fornet, Miguel Barnet and other authors.

The concept of “national identity,” which was recycled in the 1990s and incorporated into the 1992 Constitution, is reflected in documents that accompanied the first The Nation and Emigration conference: the essay “Cultura, cubanidad y cubanía” (1994) by Abel Prieto or the book Cultura e identidad nacional (1995) by Armando Hart. Both texts describe an ideological adjustment, which at the same time departs from Marxism-Leninism and combats postmodern multiculturalism, does not subscribe to other versions of Cuban Marxism: Manuel Moreno Fraginals, Walterio Carbonell, Antonio Benítez Rojo, Pensamiento Crítico….

As in the old evolutionist thinking, which Jorge Luis Borges made fun of in Otras inquisiciones and Michel Foucault criticized in Las palabras y las cosas, thereafter Cubans began to be classified as members of the “inner Cubanness,” members of the “external Cubanness,” members of the “Cubanness” and “anti-Cubans.” This last denomination, adopted by the main government ministries and institutions since the 1990s, continues to govern the granting of authorized passports or entry permits to the island.

The ideological adjustment had effects on the legislation and migration policy, starting with the very formula of Nation and Emigration, which assumes that they are two different things. In the midst of strengthening the embargo (Torricelli Act of 1992, Helms-Burton Act of 1996, Bush administration sanctions in 2003), an idea of ​​emigration was promoted as the electoral base of the Cuban-American political class. Valuable academic studies on emigrants within the island (Jorge Hernández, Milagros Martínez, Ernesto Rodríguez Chávez, Antonio Aja Díaz, Jesús Arboleya….), give a central place to the community’s positions on the embargo.

No less valuable studies produced outside the island (Lisandro Pérez, Guillermo Grenier, Max Castro, Susan Eckstein, Jorge Duany….) also generally deal with the same dynamic, although with greater sociological nuance. This is an understandable gravitation towards the possibilities of political change in the emigrated community but, to a large extent, refers to the understanding of a phenomenon as complex and heterogeneous as a transnational diaspora to the dispute between the United States and Cuba.

Perhaps it is time to move the debate on emigration to where it is in Latin America and the Caribbean: full respect for rights in the country of origin and the destination. The right to travel, repatriate or interact with the island as each one decides is violated by the embargo. The entire legal device of the embargo, which ranges from the Helms-Burton Act to the most recent Trump sanctions, due to their extraterritorial and punitive nature, is in violation of Cuban sovereignty, but also of the rights of the citizens of the island and the diaspora.

That said, it makes no sense to ignore that emigrants’ lack of legal status in the Constitution, the rejection of entry permits for political reasons or the stigmatization of members of the diaspora in the media and institutions of the island, also constitute violations that lack an equivalent in the Latin American and Caribbean constitutionalism, of left, center or right. At the beginning of the third decade of the 21st century, Cuban migration law is still captured by the anti-embargo legislation of the end of the 20th century. That capture is not a cause but an effect of an excluding idea of ​​the nation.