The Cuban authorities decided to extend to more establishments on the island the measure of giving customers their change exclusively in Cuban pesos (CUP) instead of convertible pesos (CUC). 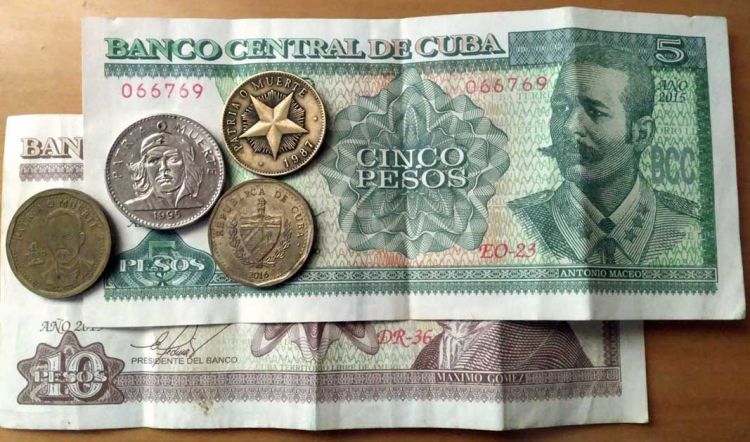 After an “experiment” carried out since last December in two stores in Havana, the Cuban authorities decided to extend to other establishments on the island the measure of giving customers their change exclusively in Cuban pesos (CUP) instead of convertible pesos (CUC).

The trial had begun in the Almendares and 5ta and 42 shopping centers, both in the Havana municipality of Playa, as part of “the monetary organization measures” being carried out by the Cuban government. At that time, it had been reported that “depending on its results, its progressive extension to other commercial establishments in Havana and the rest of the provinces” would be assessed.

Three months later, the authorities affirm that “the experience has been favorable and has flowed smoothly in terms of the restocking and availability of cash,” Beatriz Moreno, economic director of the state corporation Cimex, commented to the newspaper Granma.

This is why, according to the publication, “in correspondence with these positive results, the Cimex Corporation has already begun its expansion to other stores in the country” and expects that, by the end of March, 23 shopping centers will give all their change in CUP, seven of them in the capital and the rest distributed throughout the island.

Moreno said that in this expansion, priority has been given to “fundamental, central and, above all, safe shopping centers, with trained personnel to carry out these operations” and confirmed that “the strategy is to at least have one store per municipality.”

For her part, Maray Abreu, an official with Tiendas Caribe, stated that although her chain has not incorporated new stores, “it has already created the conditions” to extend the measure to another 18 stores before the end of March. In this way, it would have 19 centers with this “experience” in the country, five of them in Havana.

Abreu acknowledged that “some adjustments related to reimbursements” had to be made initially, a situation that she said had already been “resolved.”

According to both directives, the extension “will continue to be gradual depending on the conditions of each place,” in order to respond to “the repeated complaints from the population about irregularities with the change in CUC,” and continue “advancing in the country’s strategies for monetary organization.”

In the stores selected to apply this measure, sales in both currencies (CUC and CUP) are maintained, as well as payment through debit cards. Only the change is given to buyers in CUP.

This momentary duality, which began on the island as a result of the severe economic crisis of the 1990s and the decriminalization of the dollar, has become a Damocles sword for the battered Cuban economy. Since 2014 ―when it was allowed to pay in CUP in CUC stores― the authorities announced the start of work to eradicate this duality, which has not yet been implemented amid the tensions the country has undergone.

However, the current government of President Miguel Díaz-Canel has stated that it is working on the reunification process and has taken a group of measures in this direction, including this one, as rumors increase on the streets and social networks about a possible day 0 in which the CUC disappears.

Last year, the government announced a ban on importing the CUC ―its export had already been forbidden since 2012―, which also meant eliminating the use of this currency inside airports (at the border). In addition, it authorized imports and opened stores for the purchase of a group of items in freely convertible currency, through debit cards associated with bank accounts.