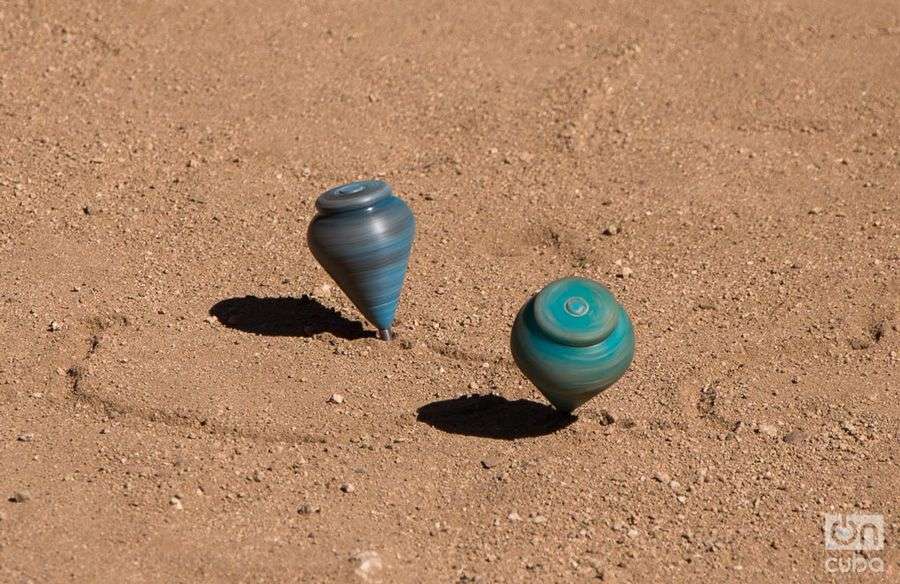 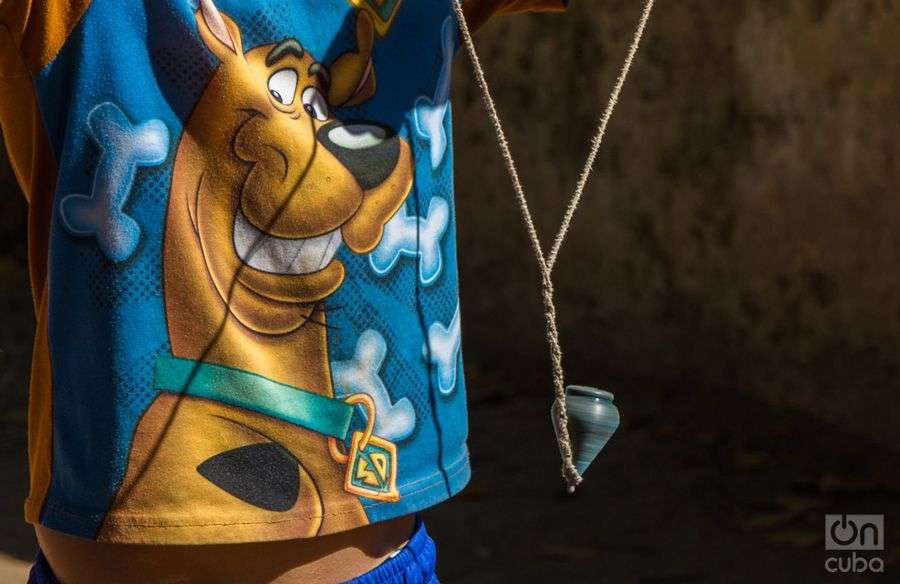 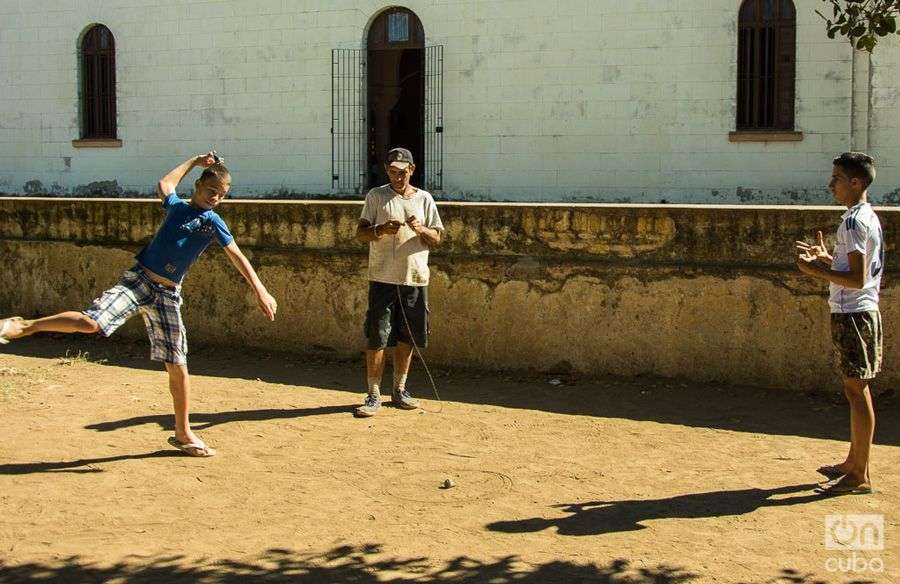 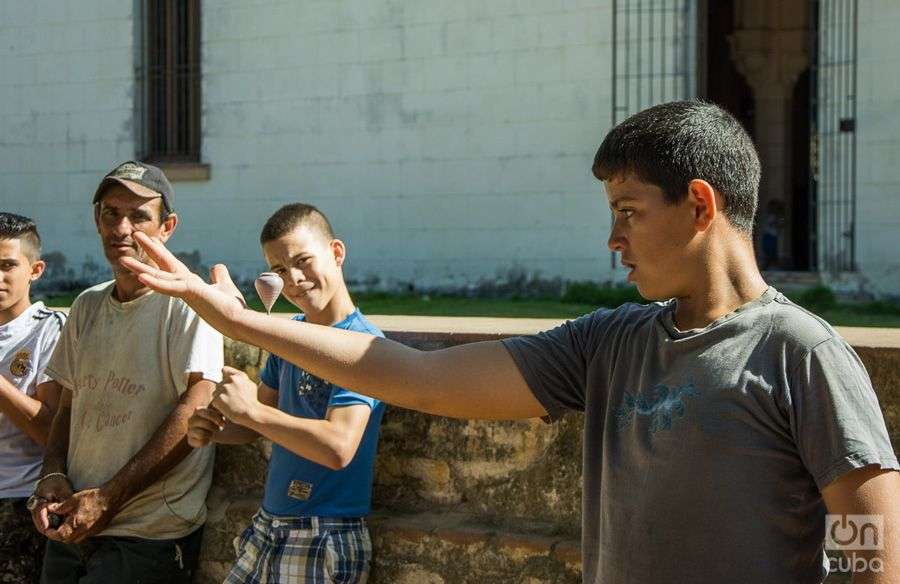 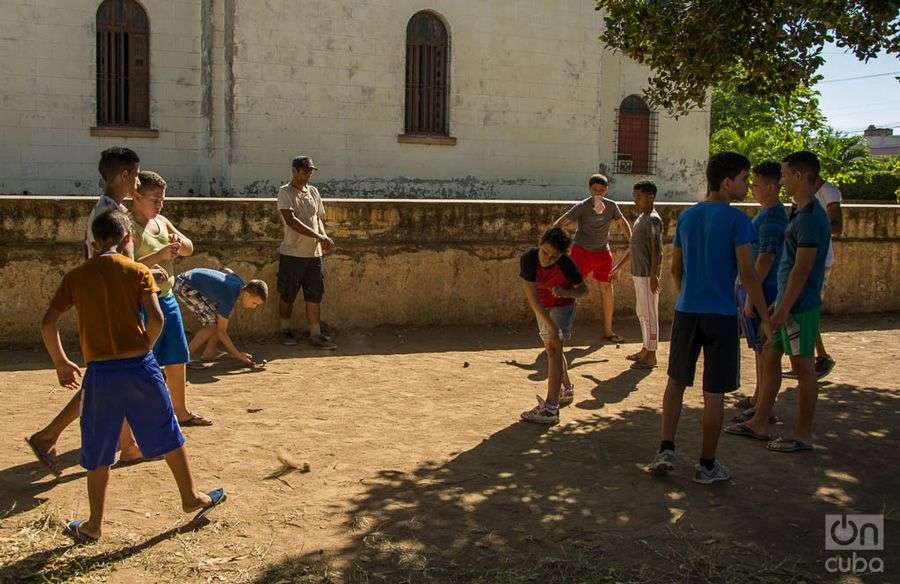 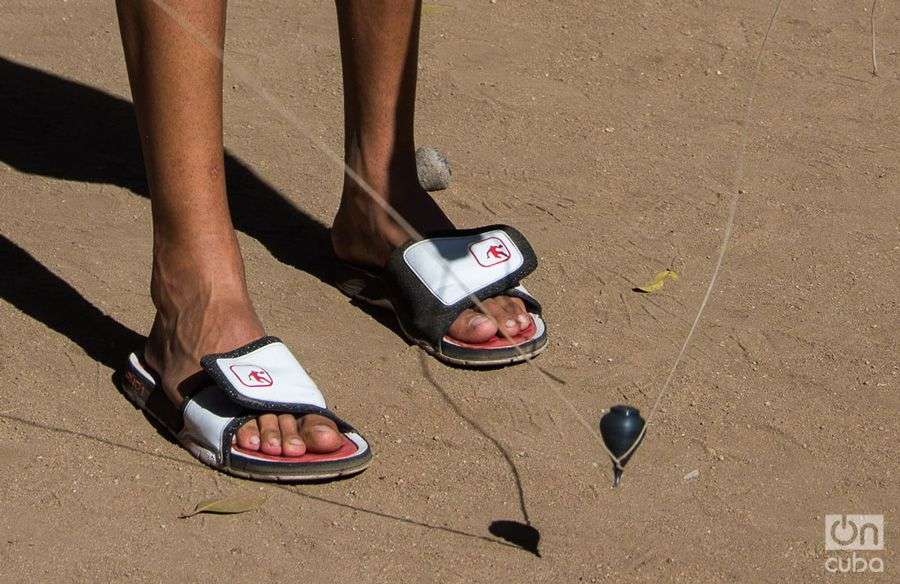 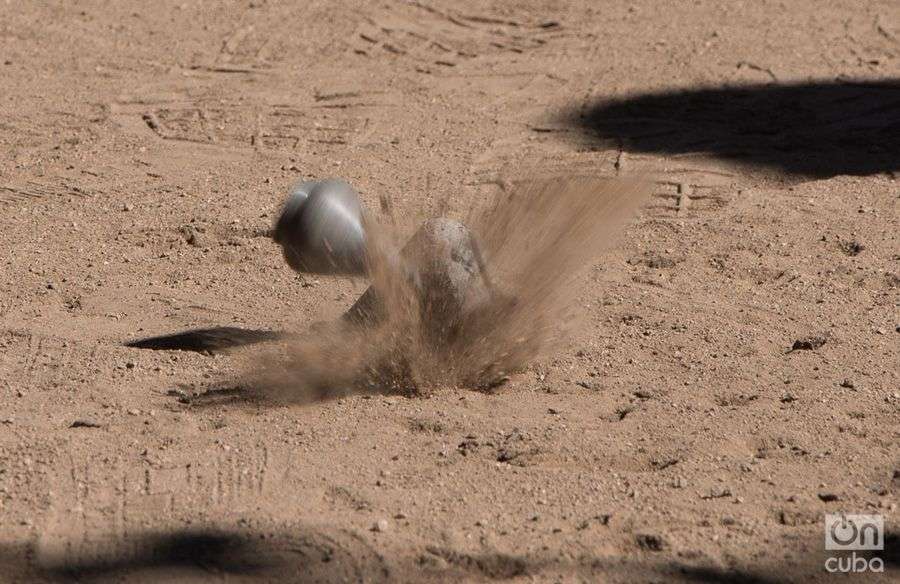 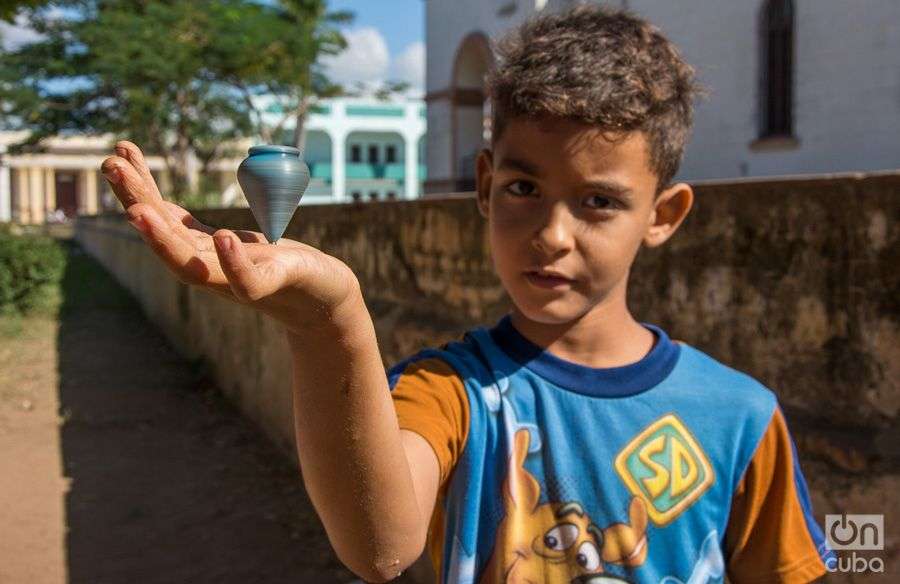 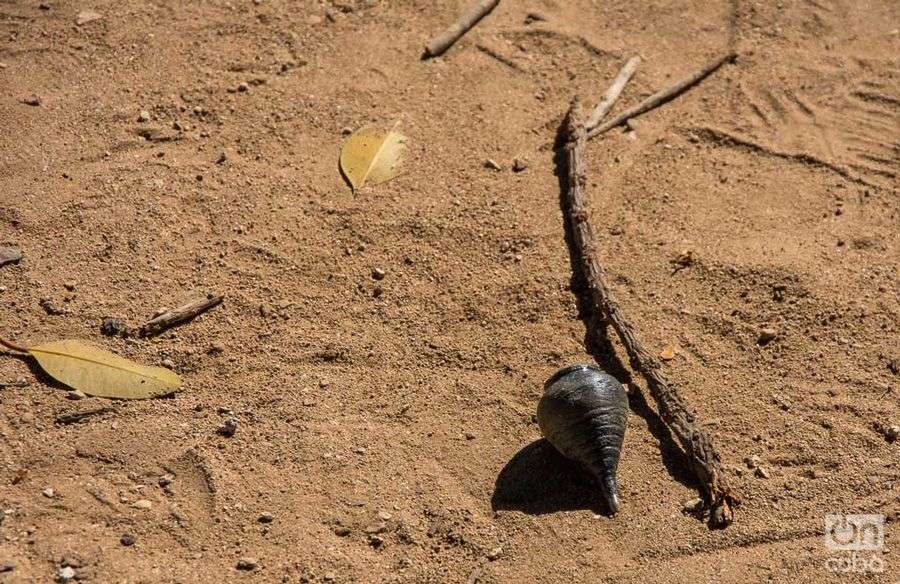 (This gallery’s title is related to the Cuban saying “Bailar en casa del trompo” that suggest not to challenge an expert in his own territory. Also, when you play the spinning-top its movement seems like a dance, that’s why here in Cuba we say that a skillful dancer is like a spinning-top.)

One could go dancing to the house of the spinning-top, if the spinning-top had a house or if one did not disturb at his own. In the end, there is only one park, in the shade of some trees and at the edge of a church.

In the city, both cement and asphalt limit the spaces to “release the cord” and even to this paradise, shaped like a garden, boys of all ages come from the blocks around.

Is that, further to space, one only needs a small plastic or wooden spinnig-top, with a metal spike, to play and a cord with a plastic bottle cap tied at the end.

So far, La Caridad Square, in Camagüey, is, for some, the house of the spinning-top, until the players are forced to move for disturbing those connected in the Wi-Fi or when the kites’ season finally arrives.

Contradictory faces of a hurricane