Between economics and politics, the priorities are clear; not so much the results. 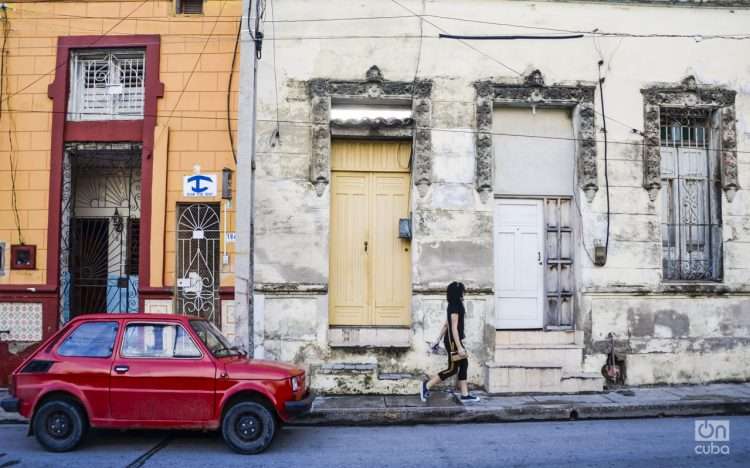 During the first eight months of 2021, more than 3,400 workers requested to be dismissed from the National Electro-Energy System (SEN). Their departure took place at the worst possible moment, when the lack of resources for maintenance and new investments had made specialists and workers the last line of defense against blackouts.

The breakdowns of the old power generation plants were the fundamental reason for the power cuts that marked the national daily life throughout the summer. The irregularity of the electricity service was among the triggers of the July 11 protests, and has remained hanging since then as a kind of sword of Damocles. To the point of forcing the government to embark on an elaborate exercise of “energy juggling” whose premise is as simple as it is unappealable: not to affect the areas of greatest social conflict (particularly, Havana) with blackouts.

In the meantime, thousands of workers were leaving the thermal power plants and other SEN units. In September, when visiting the Diez de Octubre thermoelectric plant in Nuevitas, Félix Duarte Ortega, the head of the Department of Industries of the Central Committee of the Communist Party of Cuba (PCC), acknowledged that the matter was a cause for concern at the highest levels. “From the Secretariat, together with the Electricity Conglomerate and the Ministry [of Energy and Mines], we have decided to seek a solution for this very complex issue. The salary cannot be only for the current concepts.”

Living from work, or from aid

The Task of Reorganization altered the entire Cuban business network, which overnight faced the radical devaluation of the Cuban peso (CUP) and the need to obtain freely convertible currency to acquire equipment and raw materials. As detailed a couple of weeks ago by Cuba’s Deputy Prime Minister and Minister of Economy and Planning Alejandro Gil Fernández, 541 state-owned enterprises throughout the country are operating at a loss; more than a quarter of these entities, if we stick to the national registry of 2018, the last year with definitive statistics on the matter.

Officially, the enterprise where David (not his real name) works is not in this negative condition, but the value of his salary is not the same as a year ago. “Before, earning 2,000 pesos, I was even building; now, with more than 3,000, I can’t even afford food,” he laments as he dispatches the small cylinders of liquefied gas at a point of sale in the city of Camagüey. Behind him, the half-empty warehouse gives an account of the present times. Regardless of the demand, the Camagüey subsidiary of CUPET must adjust its domestic fuel deliveries to the allocations that the country can make. “And since our salary depends on what we sell, we’re in a vicious circle. Many people ‘have asked to leave’ annoyed by the situation.”

The fall in real wages has been the corollary of the policy of eliminating “undue gratuities” that Raúl Castro promoted at the beginning of the previous decade. At that time, David was starting his job with the incentive of a “salary that was not bad,” the possibility of acquiring the food and toiletry modules that the company occasionally sold, and above all to benefit from a state housing construction program. But the disappearance of the so-called “CTC plans” left him as the only alternative building his house through his own effort or through subsidies.

The fact of having a stable income and not being included in “social vulnerability” groups prevented him from qualifying for the second of those options, and forced him to undertake the project with his own resources. Meanwhile, a neighbor of his “was having more and more children” and ended up receiving a new house and other public aid. “I don’t think we are on the right track when workers are charged with the cost of the crisis and a woman is ‘rewarded’ for letting herself get pregnant by whichever husband she has had and not even taking care of her children,” he questions.

The “demographic policy” was one of the few assistance programs that did not lose momentum even at the most difficult moment of the pandemic. In particular, regarding the delivery of real estate to large families, checkbooks of the National Institute of Social Assistance and Security, and miscellaneous articles. “In Camagüey we have around 1,700 mothers with three or more children. We must reach out to all of them and clarify when and how their housing problems will be solved,” summoned the first secretary of the Party in the province, Ariel Santana Santiesteban, during a tour of an informal community in the capital city.

“I did tell everyone that, if they came to get me out, I would immediately post the eviction on Facebook,” I was told by one of the neighbors of the community, built on land uprooted from the undergrowth, on the side of the Central Railroad and the El Mambí canning factory. After the upheavals of July 11, which motivated the authorities to legalize the settlement, her goal became to obtain a subsidy and a salary as a caregiver. Many residents of the new neighborhood, among whom immigrants from eastern provinces predominate, claim to also deserve different types of help.

Since the summer, President Díaz-Canel and other top Cuban leaders have made regular visits to underprivileged neighborhoods in Havana. In all of them, they have called to listen to the population and attend to their needs. But the same practice has not become commonplace for state and private workers, or the communities in the interior of the island.

If he were invited to one of those meetings, Omar, a rice farmer from the Camagüey municipality of Esmeralda, would know what to ask: “How do you expect agriculture to develop by poorly paying in Cuban pesos and selling most of the inputs in freely convertible currency?” Forced by his contracts with the local rice enterprise, he sold his entire cold season harvest to the State, but that of the spring harvest — reduced due to increased costs — ended up being partially marketed “under the counter.” “In the street, a pound of rice is being paid at four or five times the price of the State. If you want to cover your expenses, you have no choice but to take a risk and make use of that option.” The new winter season is still a mystery to him; he will probably end up sowing just for the consumption of his family, he confesses.

“Welfare…is also a problem of fiscal deficit, since the State is spending its resources on programs that do not end up rewarding the economic cycle, nor signifying an increase in wealth, much less in production processes,” social scientists Juan Jacobo Ospina and Catalina Palacios Escobar warned in an investigation for the Pontificia Universidad Javeriana de Bogotá. Based on studies by the United Nations Development Program, which relate low labor productivity to the existence of “excessive” welfare policies, they come to the conclusion that “support should be given to those who need it, but at the same time it has to be done through programs that train, qualify, make them ‘employable’ and offer microcredits.”

Recent Latin American history is full of examples of political projects of various kinds that privileged welfare and ended up losing despite their efforts. The archetypal case is a post-Lula Brazil, where the Workers’ Party (PT) became the target of attacks from the new middle class and some of the popular sectors that had been privileged with the aid. At the other end of the region, in Mexico, between 2008 and 2018, the 86.7% increase in resources allocated to social programs barely translated into a 2.5% reduction in the population below the poverty line.

Cuba has its own experiences in this regard. At the beginning of the century, the Battle of Ideas consumed considerable resources without reporting a fundamental change in the dynamics of the country’s development. More than twelve years after Raúl Castro put an effective end to that campaign of social intervention, dishonorably dismissing its then coordinator, Otto Rivero Torres, welfare seems to once again be the mark of identity of the Cuban government.

Between economics and politics, the priorities are clear; not so much the results.