Implementing an adjustment policy and pretending not to pay a cost for it seems to be at odds with reality itself. 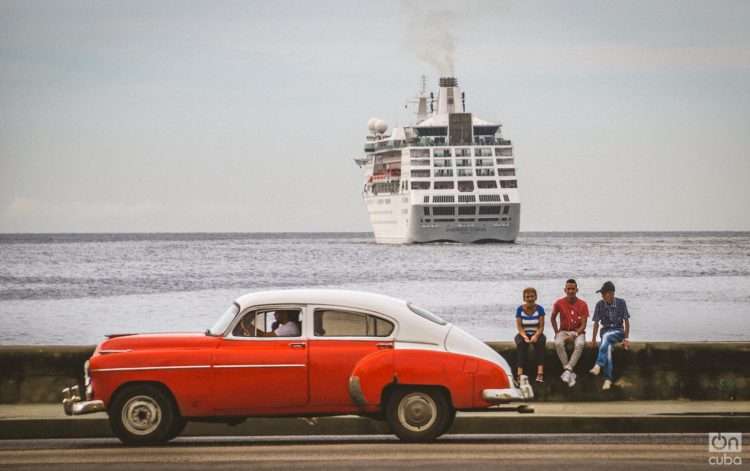 I’m going to ask for a difficult exercise, almost impossible: suppose that the country (Cuba) is in a normal situation, that is, with blockade plus and without a pandemic. I clarify that after sixty years living under the U.S. blockade — this situation that does not depend on Cuba — is, for some of us, “normal” even when in itself and compared to the rest of the world it is tremendously abnormal.

So, with a blockade and without a pandemic, the situation in Cuba at the end of 2019 was already quite compromised in macro terms. Remember that just in December of that year COVID-19 appeared. Let’s go to the data from then:

Since 2015, the Cuban Gross Domestic Product (GDP) has experienced a sustained downward trend, which ended in negative growth in 2019, and an average of 1.7 for the period, a low one, if we take into account, on the one hand, that those were the years of the boom in U.S. tourism, hotels and private hostels, overflowing with tourists, and on the other hand, that it was a period in which the restructuring of the debt with the Paris Club was achieved.

Gross capital formation at current prices for that period did not exceed 10.5% of GDP, despite the tremendous constructive effort in the real estate sector. In terms of constant prices, it was 15.4%.

Investment in the real estate sector — practically all made with national capital (state investment) — reached 10,910,400 pesos, which contrasts with what was invested in agriculture in those same years, 710.3 million, and fisheries, 44.4 million, mining 305.9 million, the sugar industry 606.2 million and the manufacturing industry 1,518,900.

The debt servicing accumulated between 2016 and 2019 reached 10.375 million dollars, according to estimates by The Economist Intelligent Unit. That represents 18.8% of total exports of goods and services for the 2016-2019 period and 113% of exports of goods for the same period.

I have used these data from 2019 to signify that even before the pandemic the situation of the Cuban economy was very difficult and presaged that any adjustment that was intended to be made would put the economy at its limits. But the planned adjustment was not just any adjustment, it was 2,400%. Not many countries have had to make such adjustments under such precarious conditions, without being able to resort to international flows of resources and with a poorly diversified business fabric and a highly deteriorated production system due to lack of investment. In short, an economy with very little room for maneuver, also weighed down by years of inertia and caution in the application of its reform program.

When the Task of Reorganization was announced in mid-2020, the exchange rate in the informal market had moved from 24 Cuban pesos (CUP) per dollar to more than 35 CUP per dollar.

Adjustment policies, all of them, have short-term impacts, generally on decisive variables, and these impacts are almost never positive. Devaluation drives price growth and can lead to inflation. They “adjust” the structure of the economy, by eliminating enterprises that are not efficient in these new conditions and can produce unemployment, except if the industries that are “winners” in this process generate enough employment to compensate for that which is destroyed or new industries appear, often as a result of fresh capital inflows. These “offsetting” effects, however, generally require more time.

Implementing an adjustment policy and pretending not to pay the cost for it seems to be at odds with reality itself.

The data for 2020 confirmed what was almost foreseeable in 2019, but made the problems more complex. The “Task of Reorganization” was announced in mid-2020 and was put into practice in January 2021. The results of these first months of 2021 show “how things have been.”

In short, things have been as follows:

The margins of action are narrow, to be sure, but there is room to act.

Increasing the supply becomes an empty slogan if the retail market is not allowed to diversify and the oligopoly that exists today is broken.

For national production to cover a part of the unsatisfied demand will require more time, but above all it needs a lot of investment in sectors that produce goods, for which investment will have to be redirected from the real estate sector to agriculture, manufacturing, and fishery and towards traditional export sectors: mining and sugar.

Without a doubt, MSMEs will be able to contribute to this, but it will be necessary to “change many minds” even so that these structures are perceived as an indissoluble part of the Cuban business system. The diversity of actors forces many things to change, including the way the ministries themselves think about these new actors.

Foreign Direct Investment (FDI) has never been so necessary and has never been more withdrawn on a world scale and even more so for Cuba. Tempering the regulations that govern the approval processes to these times and urgent needs of the country should not be postponed any longer.

Modernizing the banking system, thinking about it and putting it to act as a modern banking system and making it fulfill its own roles — which it does not fulfill today or does so partially — should not take any longer.

“How things have been” does not have to be in the future tense.