This was indicated by the head of U.S. diplomacy when announcing a new director of the State Department special working group, Jonathan Moore, who will coordinate the investigation of these incidents, whose latest reported cases have occurred in the U.S. embassy in Colombia. 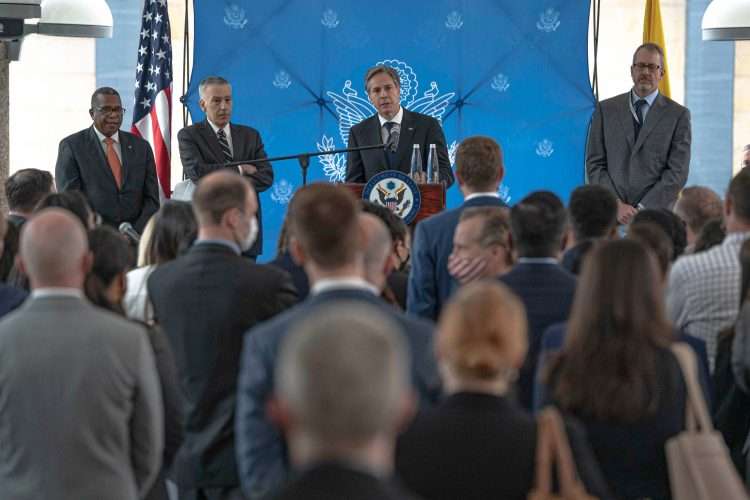 U.S. Secretary of State Antony Blinken affirmed this Friday that it is an “urgent priority” of his government to find out “who and what” are “responsible” for the “Havana syndrome,” as the strange attacks against U.S. diplomats in various countries of the world are known.

This was indicated by the head of U.S. diplomacy when announcing a new director of the State Department special task force, Jonathan Moore, who will coordinate the investigation of these incidents, whose latest reported cases have occurred in the U.S. embassy in Colombia.

“These anomalous health incidents have left our colleagues with profound damage…. We will not stop until we find out who and what is responsible,” said Blinken in an appearance at the State Department, in which he used the official way of referring to these incidents.

Blinken urged officials and family members to report these “attacks” to facilitate the investigation, noting that he had already met with several of them.

The “Havana syndrome,” whose origin is unknown, causes symptoms similar to those of brain injuries, dizziness, headaches and lack of ability to concentrate. “We will do absolutely everything possible to end these incidents as soon as possible,” he added.

Although he did not provide details, Blinken noted that the State Department is working with “new technologies” to “assess more quickly and accurately a variety of potential causes of these incidents.”

In early October, U.S. President Joe Biden signed a legislation dubbed as “Havana Act,” which establishes that the U.S. Government has an obligation to help those who have suffered these mysterious “attacks.”

The victims have been asking for more help from the U.S. government for years, first from Donald Trump (2017-2021) and then from Biden himself. More than 200 U.S. diplomats and relatives assigned to different countries have suffered from symptoms of the so-called “syndrome.”

The origin and who is responsible for these mysterious “attacks” is still unknown, although some experts point out that radio frequency energy could have been used.

In addition to Cuba, where the first cases were detected in 2016 and 2017, there have been similar incidents in China, Austria, Germany, and even Washington.

In 2017 Trump accused the Cuban government of being responsible for what the U.S. authorities then described as “acoustic” or “sonic” attacks, which served as a pretext for the then president to break the diplomatic thaw with the island.

An internal report released earlier this year revealed that Trump indicted Havana without evidence, and that mismanagement and lack of coordination dominated his response to these alleged “attacks.”

Biden, for the moment, has avoided publicly pointing to any country and his government continues to investigate the origin of these incidents.