It is much easier to explain the capacity of our production system to obtain a product as sophisticated as a vaccine, than to explain its inability to produce pigs, or sugar, or hens to fatten, or sweet potatoes, or corn. 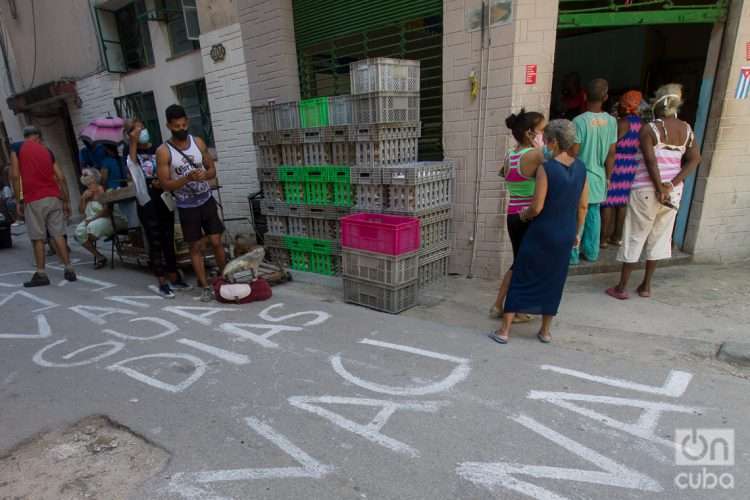 Hey bro, what’s more difficult, to produce vaccines or to produce pigs? That was the question put by my friend Goyo, his gift for the reunion and for this end of the year.

Without a doubt, that is the great paradox of our reality. And it is very difficult to explain. It is much easier to explain the capacity of our production system to obtain a product as sophisticated as a vaccine, than to explain its inability to produce pigs, or sugar, or hens to fatten, or sweet potatoes, or corn.

This year 2021, one of the most unfortunate that the Cuban population has experienced, especially due to the severity with which the pandemic hit us, ends with an undeniable success, the demonstrated capacity of a group of industries and scientific institutes to produce in record time and fair and square, a group of vaccines that have allowed, at least until now, to effectively control COVID-19. It is true that it was not the only thing, but without the vaccines everything would have been very different.

Not so with the economy. Beyond the GDP figures, what the majority of the population perceives today is that their economy, the daily one, that of the monetarily reorganized salary, is not improving. In 2021, the term inflation became common and repetitive, it made the freely convertible currency common and has allowed us to exercise multiple currency conversions — helping us to improve our math skills — and consolidated the “queue” in its triple role, that of providing income not coming from formal work, that of supplying the informal “chains,” feeding the black market and speculation, and feeding the inflationary dynamics. It is true that none of this was in “the design,” but it has happened.

I have heard people repeatedly argue that part of the causes of what has happened in our economy is the fact that reality did not follow the design. Whether the design was perfect or not on the paper is no longer relevant, the truth is that reality surpassed it extremely quickly, in fact in my personal opinion it was already exceeded before January 1, 2021, if we pay attention to that signal of “informal exchange market” where the dollar was already trading between 36 and 40 CUP. In other words, already at that time the new “single” and formal exchange rate was “behind” in relation to what “the market” paid for those same dollars.

Another of the “market signals” was the price hikes during 2020, something that using the Consumer Price Index was estimated at a 18.5% variation in 2020, a growth of almost 20 percentage points with respect to 2019 and that had its palpable expression in the agricultural markets, which led to the decision to cap prices, causing an even greater shortage. It is true that today growth is three and even four digits for some products and services and that speculation has expanded in all directions, given the “passivity” of supply and the low response of production. Perhaps the design did not understand the signals.

However, I think that understanding what happened in 2021 forces us not to settle for the evolution of this year. Part of today’s problems respond to deficiencies that have accumulated in previous years and that those other designs have not been able to correct either.

One of them helps to understand the weak productive response and also the relatively high deterioration of our productive system, I mean investment. Cuba has few resources to invest, in fact just over 9 billion pesos, 8.4% of GDP at current prices (just over 15% of GDP at constant prices). It is known that these investment volumes are insufficient. If we add to the few resources to invest that its sectoral allocation is not the most appropriate, then we have another explanation for the weakness of our productive system. 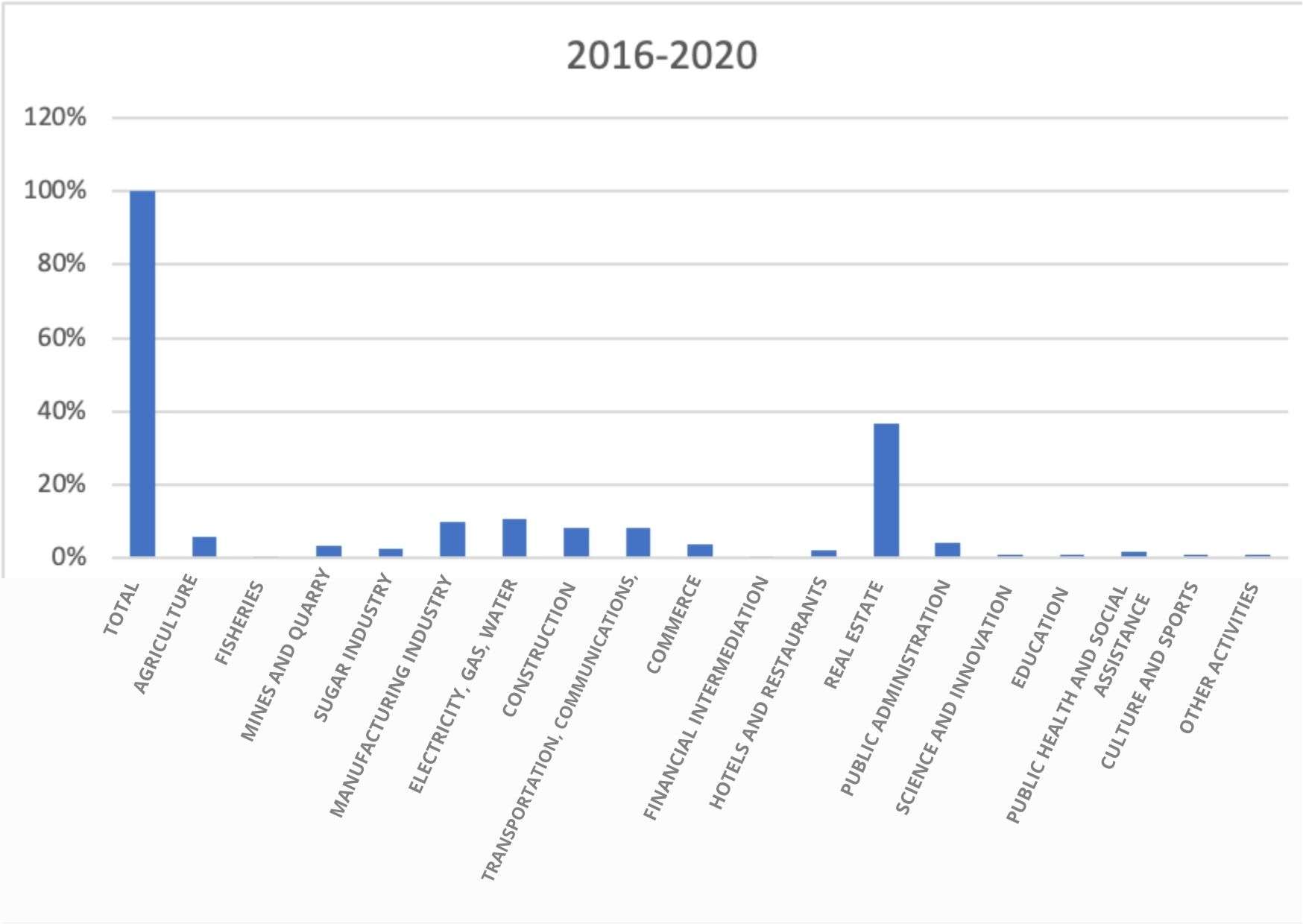 The sectoral distribution shown in the graph makes it possible to at least advance the hypothesis that one of the causes of the weakness of our productive system and of our poor ability to produce food has to do with this allocation of investment resources.

The resources allocated to the goods-producing sector as a whole is much less than that allocated to commerce, hotels and “real estate construction” sectors, as shown in the following graph. 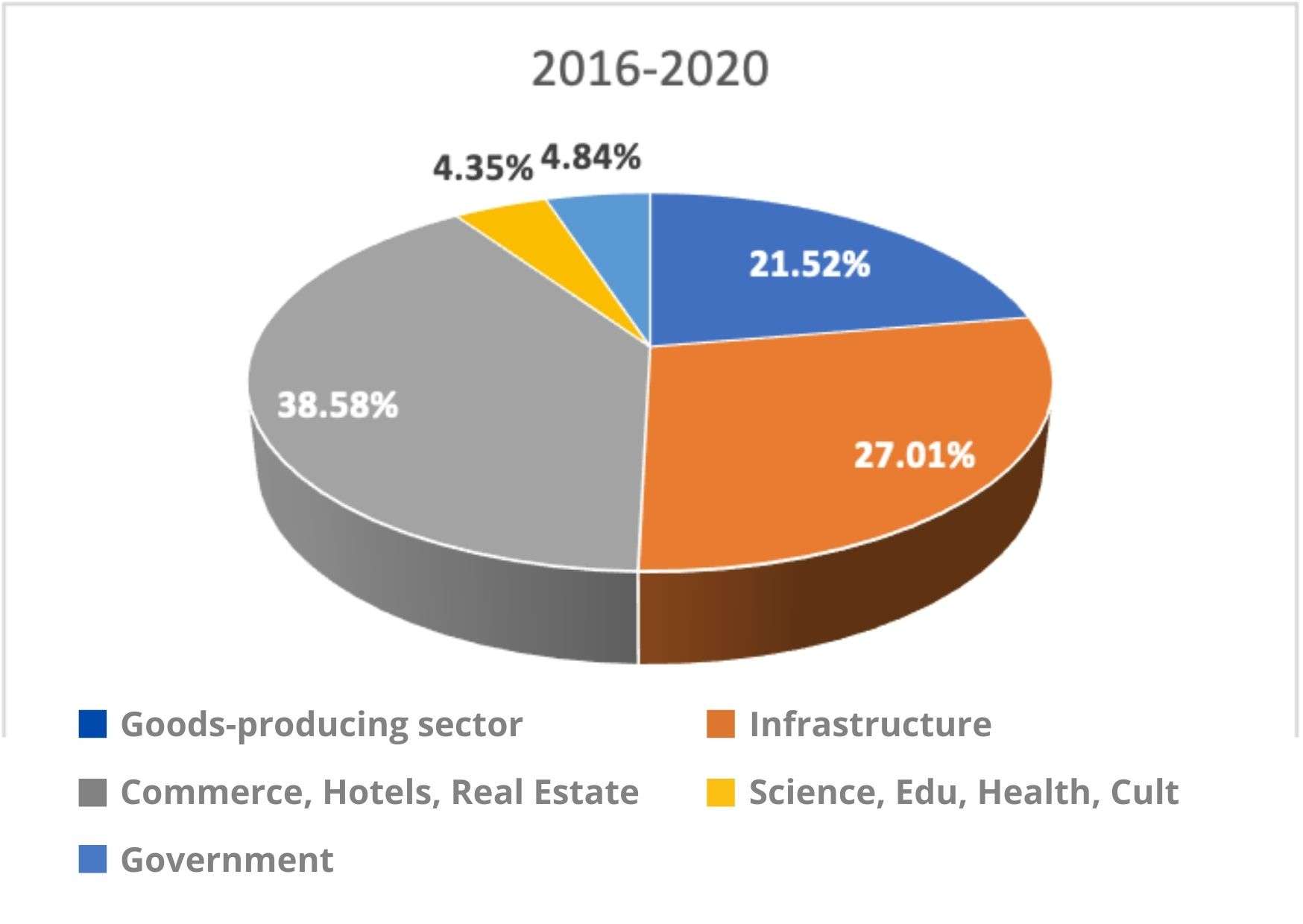 It does not seem possible to aspire to find the path of economic decline, of increasing the supply of national goods if the largest proportion of investment is placed in sectors that do not produce them. We will have rooms for tourists, but we will not have national fish, nor national products for those same tourists.

On the other hand, there are the longer-term concerns. If what is wanted is to productively transform the country and take advantage of that recognized advantage associated with human capital, then more investment resources will have to be devoted to science, education and health. Failure to do so runs the risk of losing an acquired advantage that is probably the most important result of development strategies between the 1960s and 1990s. In summary, according to the data, the allocation of investment resources among the large aggregate sectors of our economy is not consistent with the desired productive transformation and with the use of human potential, science and innovation. Correcting that allocation seems an urgent necessity.

Undoubtedly, the allocation is not the only problem associated with investment, its efficient execution and the performance of the funds are also decisive aspects. But if investment resources are not allocated where they are really needed, the rest is secondary.

It seems then that reality was stronger than the design or perhaps it must be said that that design failed to capture in all its wealth the reality where it was going to be applied. In any case, what is clear from reading the data is that a new design is needed.