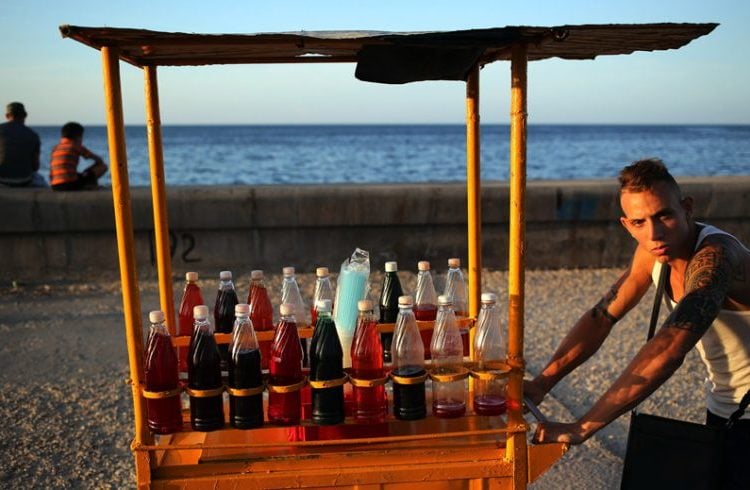 Reuters’ news again submerged me in that so special relationship between our country and that other one: that during the last 60 years there have been governments set on making of Cuba what others, from Washington, have already designed.

This time, private owners have decided to explain to Mr. Marco Rubio that the measures recommended by him are damaging this nascent private sector and in general the Cuban non-state sector. This is not new, others have already tried.

In my opinion this is good, that new voices join in, although explaining something is just a part of the equation. The other part is the target. One can explain many times the same matter and have as an interlocutor someone who doesn’t want to listen or understand. Furthermore, I believe it would be good that one of his advisers gets to directly know this country of today, so different in many aspects to the one of some years ago and so much the same as in others.

In any case I would like to affirm that thinking that Mr. Rubio recommend and order Mr. Trump to change what he had already decided at his behest is undoubtedly very optimistic. Personally, I believe it is not an “achievable” purpose, but the effort and intention is welcomed, since it’s necessary to add in this endeavor of putting reason and reality before this new bet against Cuba.

I will resort to history, since it can give us some guidelines. Very soon after 1959, the U.S. government at the time set its mind on a group of measures to overthrow “Castro” in 16 weeks. A very important part of those measures was designed to generate a situation of malaise and desperation among the Cuban population. Suspending the import of Cuban sugar, restricting and later prohibiting the supply of spare parts, restricting and later prohibiting commerce… They were – all – measures that damaged directly the Cuban people and also that sector of private producers that still remained in our country.

Compared to these days when the Department of the Treasury document affirms that “the measures approved are exclusively directed at the government and the military sector” and that they aim to help the Cuban people, during those years the intention of damaging the people and that this lead to the fall of the “Castro government” was explicit. A song from a long time ago says that if Americans “know history it’s because they have seen it in American movies,” and although in my opinion the song magnifies the matter, the truth is that it functions for some like Mr. Rubio, an American of Cuban descent who has made up his own history of Cuba and is going to use Cuba, as he has already done, for his own political purposes.

Saying that what they have done is to help the Cuban people is part of the incoherencies assumed since that speech in Miami; incoherencies that very well suit him and Donald Trump, while for both of them, like for many other U.S. presidents, Cuba is more a matter of domestic policy than anything else.

It is very good that some of those who have been “helped” by the Rubio-Trump policy can explain to them that they are wrong on that point (although it isn’t the only one about which they are mistaken).

Let’s check the numbers: around 22,000 private rooms for rent, thousands of establishments between private restaurants and cafeterias, hundreds of taxi drivers, hundreds of private car drivers, etcetera…to complete almost 40 percent of the persons working outside the state-run sector (of which a part have already been affected in their incomes) will also see affected their capacity to offer employment.

Actually, the purpose of this “new policy” is an exact replica of that other one from the 1960s and again aims to open a divide in the Cuban economy and society. I hope in all these years we have learned enough.

To think that Marco Rubio really didn’t know that something like this was going to happen is too strong a supposition. The data of the island’s National Bureau of Statistics and Information show that between 2013 and 2016 employment in the state-run sector had decreased by 327,700 persons, while the non-state sector had grown by 163,300 new jobs. In this non-state sector, the self-employed have increased by 116,500 new jobs. Behind each one of them there are entire families that it seems neither count for the Rubio-Trump duo.

Another example that can illustrate this situation is in the construction sector – not in the Ministry of Construction. Following are the updated figures of the sector’s workers:

The low in tourism, part of which has been artificially caused by these measures, directly affects this sector, which will see the demand for their services decrease, since now the expectations are uncertain and investing in a business whose profits are not clear is very difficult. Will it be necessary to explain something as elementary to persons born and raised in the United States? Meanwhile, Donald Trump defends his idea of recovering jobs for U.S. citizens, orders policies that have a negative impact on employment in Cuba, especially in the private sector, but whose effect can expand to other sectors.

I always think that together with the commendable work of trying to make someone who doesn’t want to hear listen, because he already has his own idea in relation to this, we have to do other things. From our side we must be audacious; we can do many more things, from diversifying more in terms of markets and suppliers, to improving the “rules of the game” in which our economic agents have to work. Thinking about the country as a whole cannot mean erasing the role that each one from their condition as blue-collar workers or cooperative members or private businesspeople must assume. I think there is sufficient space to demonstrate that the Rubio-Trump duo was, is and will be mistaken in relation to their essential aspirations. It is the time to march united, we could repeat with José Martí.