It has not been for lack of measures that the Cuban agricultural sector has not reached its goals, what happens then for the sector’s debt to the people’s aspirations, far from diminishing, continues to increase? 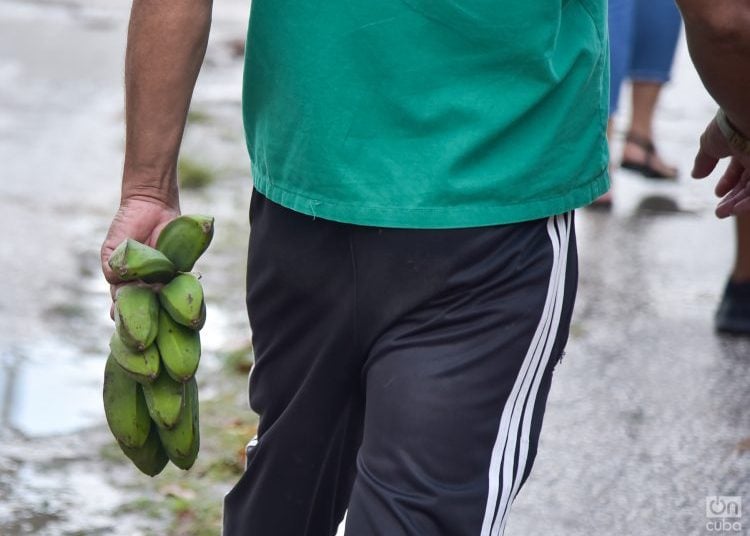 That the year 2021 has been one of the worst in the Cuban agricultural sector was to be expected. This sector has accustomed us to its performance being far from the approved plans and, above all, far from the expectations of the population. What was different in 2021 is that “weather issues” were not high on the list of causes of poor performance. This year, the rain regime was not so bad, and none of the cyclones, always expected, came close enough to cause major damage that would affect the sector’s results by several percentage points. But the sector had to face other hurricanes, “the tightening of the blockade, the pandemic, the economic crisis and the implementation of the monetary reorganization.”

It is true, however, that geography matters. Being an elongated archipelago from east to west, located in the tropics, with just a few mountains below 2,000 meters, makes our agriculture very seasonal, and the variety of productions is relatively limited due to this fact. It also makes the conservation of agricultural products a challenge. Cuba is not the only country subjected to conditions of this type, but it is an objective fact that other countries have solved it better than us.

That after more than 60 years of transformations, the Cuban agricultural sector continues to be a factor of uncertainty and instability and steadily contributes to increasing our food dependency gives us much food for thought.

Our agriculture comes from a dichotomous productive structure, on the one hand, large estates dedicated to export crops with a certain financial leverage and a relatively “safe” market —the United States; on the other hand, thousands of small farmers, sharecroppers, and day laborers produced for a relatively small national market, highly concentrated in the capital of the republic and in the six provincial capitals. An agriculture with backward production technologies, with very little or no incorporation of science and technology, and with high levels of exploitation, and very precarious living conditions for an immense mass of rural inhabitants.

It was not by chance that the Revolution began there. The agricultural sector, before 1989, was the direct recipient of multiple transformations, some tremendously profound, and the indirect beneficiary of many others. I’ll list some of them:

o Creation of university careers with an agricultural profile

ο Increase in the area under irrigation

o Intensive use of chemicals

o Dozens of years with tax exemption for producers

o Low or no requirement of guarantees for its granting,

Then, in the 1990s; the creation of the UBPCs; the Handing over of idle lands; the revision of the operation bases of the cooperatives, and recently 63 measures that contain more than 650 actions to boost agricultural production should be sufficient to achieve that purpose, however, in the short term the results are far from the created expectations.

What I mean is that it has not been for lack of measures that the Cuban agricultural sector has not met those expectations. Measures have rained on it for many decades and now, in these hard times, they are raining again.

It is also true that, given the natural delay in the reaction of production, with respect to the regulatory design, very different results should not be expected in a period of months and even one or two years. But at the same time, it would not be useless to ask what is happening that despite all these measures for so many years and decades, the debt of the sector with the people’s aspirations, far from diminishing, continues to increase.

Rereading the review published in Cubadebate, some of the realities described draw attention, I list and comment on several of them:

If our country advances every day in the regulations on the economy in all its aspects and dimensions as part of the necessary regulation in the face of a more diverse economy and with more “actors” that interact with each other, then why should cooperatives to hire their own legal advisor be authorized by the Ministry of Justice? Isn’t it something that a cooperative must decide and be able to do directly? Who is limited, the legal advisor by regulations of his ministry or the cooperative for the same reason? By the way, also the labor groups, which must sign a contract with the enterprise and incur obligations with it, need consultancy to protect them.

How much does livestock control depend on the elimination of landless holders? Are they perhaps the cause of the so-called lack of control? What does their elimination mean, perhaps the expropriation of their cattle or the handing over of land so that they can maintain them and produce more?

What is meant by recovering the dairies? Does it refer to infrastructure works and/or recovering livestock? How much would it cost? How long would it take to recover an extremely deteriorated livestock mass after a long process of genetic deterioration that has left us with cows that look like goats and bulls that look more like large calves? How to achieve a rapid genetic improvement that will give us back a herd better conditioned to pasture, that is, with less dependence on concentrates? And in the meantime, what do we do with those premises without cattle?

According to the National Office of Statistics and Information in its report on the institutional organization of the country in 2021, the Ministry of Agriculture had 376 enterprises, those 182 enterprises in losses represent 48% of the total.

How will these more than 9 billion in losses accumulated by this group of enterprises be resolved? Will they ask for credit to pay the debt? Do they have a strategy to be able to pay principal and interest? Will a bank assume that risk?

Undoubtedly, allocating resources where higher levels of productivity and efficiency are achieved is a good option, whether these are the “productive hubs” or any other of the actors in the sector.

It is a hard and long road that awaits the workers in this sector to be able to eliminate/dilute obstacles and deformations that have lasted for decades and that have brought us here. It is even more difficult because it has to be done in unprecedented conditions. There are enough good, capable and loving people in the sector.

A good friend told me this fable: “Already on his deathbed the father revealed to his son a long-promised secret, he called him and very quietly said: My son, the secret of life is this: cows don’t give milk… you have to milk them.”