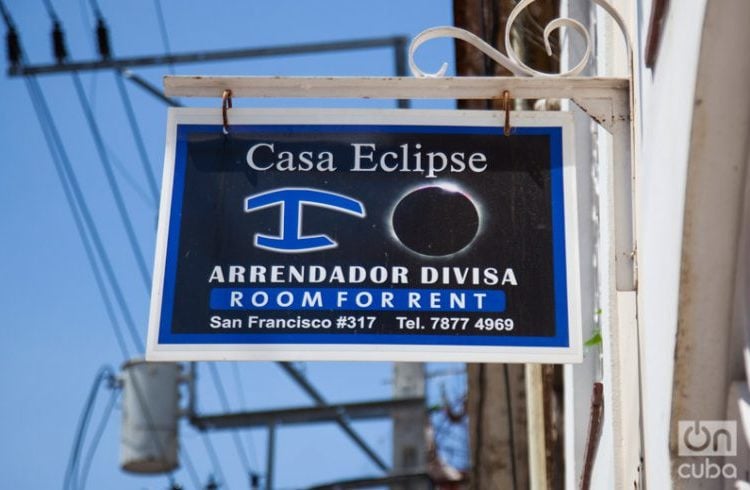 “And so: yes or no? Do you remember when the fried food stalls disappeared?” Those were my friend Goyo’s welcome questions when he intercepted me after the news about the “temporary suspension” of the granting of permits to a group of activities of the so-called self-employment and of the new regulations about this that at some moment will be issued.

For those – like me – who are on the optimistic side of the equation, there are numerous reasons why the non-state sector in Cuba must be better regulated and better motivated. Following I’ll mention some of them:

Our entire practice of building socialism has demonstrated – and at the same time allowed us to understand – that they are necessary sectors, in the same way that that practice has demonstrated that the State cannot take care of everything and that, when it does, it generates failures that are more costly than those that are generated in the “non-state” sector. There are persons who maintain that if the practice demonstrates that the theory is not correct, well then what has to be done is rectify the practice. In the end the practice is the criterion of the truth.

Its ability to generate employment there where for the State it is frequently economically unsustainable is another of those reasons that today is perfectly proven.

More discussed and dependent on appropriate regulations, the positive effect on the distribution of income can add to those reasons.

That so-called self-employment also encourages competitiveness and promotes innovation. Even in our case, with employments restricted to mostly low-qualification jobs, their positive contribution is unquestionable, which can be seen in that diversity of good restaurants or four- and five-star “hostels” and in the sustained effort of their owners to continue in the “competition.”

But that sector must also be seen as an indispensable complement to the great state industrial system if adequately used (in the case of tourism, the producers of software apps, construction! I believe it is perfectly demonstrated). An industrial and services fabric with sufficient density becomes more complementary and contributes to the efficiency of the economic system as a whole.

In my opinion, one of the most important reasons is the fact that it is a real alternative to the emigration of our workforce. For a long time the Cuban political leadership has affirmed that nowadays one of the principal causes of emigration is the economic factor. Well then, who can improve their economic situation in Cuba, who can offer employment with better wages in Cuba, they undoubtedly contribute to the country conserving its most prized wealth: its people, the “Cuban sapiens.”

I believe there can be doubts today that the non-state sector has contributed to the wished-for prosperity, directly generating employment, paying wages and creating new legal businesses there where for the State it was economically impossible or unfeasible. Some examples are those 22,000 rooms privately rented, which today pay taxes and have become a strength for the Cuban tourist system, especially in the cities. How much have they cost the State? How much time would the State have taken? Let’s do the math: according to the business portfolio published last year, putting a five-star room to function in a tourist destination costs more than 180,000 dollars. Let’s calculate that the private rooms do not cost that, but rather 10 percent, then it would be 18,000 per room, multiplied by 22,000, the numbers add up to 396 million dollars that the State has not spent, to which we would have to add all the other expenses associated to that enormous “auxiliary” apparatus, almost always undersized, and the saving in maintenance and CVPs, in checking meetings, etc., etc., etc. We can do the same with the restaurants. How could we imagine an important municipality of the capital’s People Power facing the task of building 100 restaurants in one year?

Thanks to this, the so-called “self-employment” frees the State of a group of activities for which the state management is not convenient and alleviates the fiscal burden of that same State, because it creates employment and generates wages that do not have to be provided by the State. How many wages does the State pay in an activity absolutely not fundamental as “our” state-run cafeterias? How much money does the State and the provincial governments invest in paying wages and renovating, modernizing, painting and repairing those cafeterias and restaurants? Is that the most efficient use for those resources? Wouldn’t it be preferable to use that amount of wages in paying better our primary education teachers and in repairing, painting, modernizing our schools and hospitals? What is more economically, socially and politically related to the prosperous and sustainable socialism to be built?

Even more reasons could be listed of why that euphemistically called self-employment sector must be expanded, promoted and encouraged. But, undoubtedly, for others there still exist many reasons why that sector shouldn’t exist or should be constrained and reduced to the minimum expression. I’ll mention some of the ones most repeated:

It contributes to concentrating wealth and therefore creating inequalities previously not seen in Cuba, accentuating the social differences.

There is an especially directed treatment by the U.S. administration and explicit and non-explicit pretenses to use it for political purposes.

It generates strong pressures of demand on an economy with a systematic deficit of supply.

It contributes to promoting theft (that so-called “diversion of resources” that has accompanied us since the 1970s) in proportions never seen before.

It contributes to favoring corruption (that other evil that also has accompanied us since before the reforms, but which now becomes more visible).

It is true that many more could still be added. That is the other part of that phenomenon. It is true that we could spend years arguing in favor and against each one of those reasons, the positive as well as the negatives ones. It is also true that many of the causes that generate them are associated to an institutional design (rules of the game) that today is already untimely or, more exactly, archaic.

In fact, an important part of the political debate waged day to day in the media (official and non-official) has its causes – at least some of them – in this new sector and its impact on Cuba’s entire social, political and ideological life.

However it moves! Despite all these reasons and inconveniences, it would seem that in the country project of the future, the one that was approved not long ago by the Communist Party of Cuba and later by the National Assembly, one cannot do without a non-state sector (private and cooperative), in the same way as one cannot renounce conserving a powerful state sector in those strategic spheres for the country.
Cuba has already gone through the experience of trying a totally state-run economy. From 1968 until the late 1980s that was the decision, partly sustained in that special relationship with the USSR that allowed us to live that other strange sensation of “abundance” (oh, those parallel markets!) in an economy with serious problems of productivity and fiscal and foreign trade deficit. Even then, the supply was always a bit “elastic” and the absence of a sector of small enterprises was notable. It was actually something paradoxical, since when we were apparently better off according to the state market, the structure of our economy already suffered practically insurmountable evils that were not visible thanks to the “IV” of resources from the USSR. They are evils whose cure we still have not resolved.

It is true that the worse is not to trip twice over the same stone, but falling in love with it. To the effects of the global efficiency of the economy, a segment of small enterprises that contribute to making denser the Cuban entrepreneurial fabric is a need that requires little demonstration. The task is very difficult since it requires first of all the ideo-political acceptance, and not just in words. At a time that let’s hope is sooner than later the aim of recognizing the existence of small and medium private enterprises should be concretized in Cuba, because in fact they already exist and because when this is done they can be better integrated and more functional in terms of that vision of country that we also approved.

Achieving adequate regulations for all the sectors of the economy, state-run and non-state, seems to have no alternatives. Regulating is an exercise of balance between positive and negative incentives; it requires consistency and coherence, but above all realism. Making a list with the businesses that will not be carried out privately, allowing Cuban professionals to be able to open their own businesses, making large groups of businesses and trades, making fiscal adaptations to allow the accumulation for productive purposes, giving them legal personality, allowing them to purchase at wholesale prices in the State’s same warehouses, creating regulations for the import for commercial purposes, making it compulsory to use bank accounts for these operations, creating a commercial registry where the appearance of all these enterprises is obligatory, allowing them to be a member of different sections of the Chamber of Commerce of Cuba, could be some of the regulations that will promote that necessary balance.

Today we have to live with what we are capable of producing, exporting and innovating in a country that is still underdeveloped, whose resources are not abundant, that must face, like few, a process of acute climate change because of its insular condition, that continues being blockaded and whose population is aging and decreasing, in addition, due to the migratory phenomenon. The State we have given ourselves has the tremendous challenge of conserving those pillars of the Revolution (independence, education, healthcare, equity) which earned it the identification of most of the people of Cuba. For this resources are needed, the wealth that only the Cubans can produce is needed. Let’s fear the material wealth as well as the material and spiritual poverty and let’s remember that in the common human behavior it is necessary to be prosperous to be good.