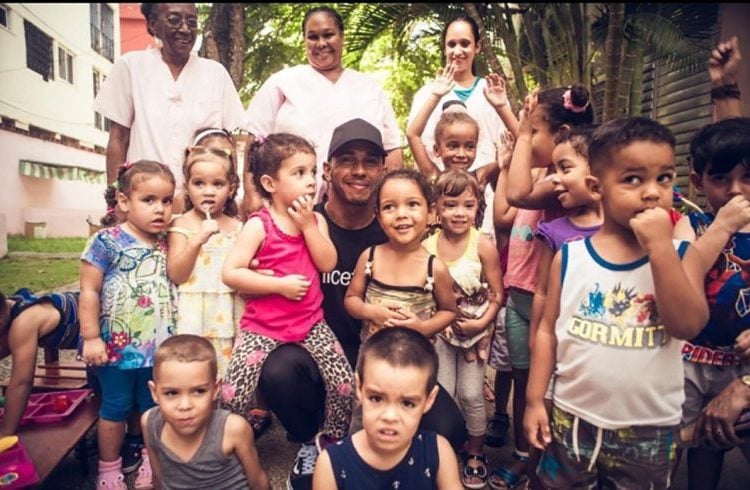 “Falling in love with Cuba,” the F1 three-time world champion Lewis Hamilton wrote in Instagram about his visit to the island.

On holiday in the Caribbean, Hamilton arrived in Cuba to get to know the programs that UNICEF (he has been an ambassador for that UN agency since 2012) carries out with children.

“In Cuba with UNICEF to see the incredible work they are doing here with the children and the first development programs,” says the message.

The British pilot shared a video that shows automobiles from the 1940s and 50s circulating through the streets of Cuba. They remain “alive,” he commented.

Lewis toured the city and spoke with the children. In addition, he visited the Fábrica de Arte Cubano and even danced a mambo.

On his return to Europe, Hamilton will soon see action in the Belgian circuit of Spa-Francorchamps, venue of the Grand Prix of Belgium. For lack of nine major prices, he is second in the 2017 World Championship, 14 points behind Sebastian Vettel.