With his chaotic communications, President Trump conveys that he alone is in charge, and maybe that is his intention. 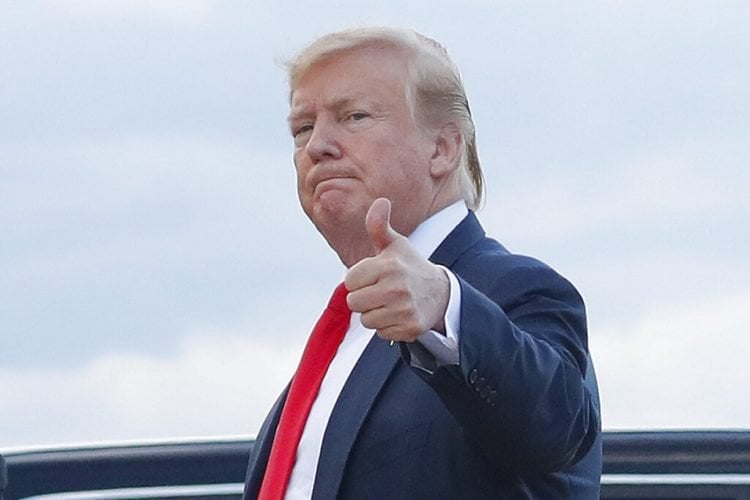 The ever-surprising President Trump is at his most surprising when he casually distances himself from the government over which he presides.

In 2017, his Secretary of State was negotiating to contain North Korea’s nuclear threat when Trump tweeted that he should “stop wasting his time” and come home from Asia.

This year, the Treasury Department announced sanctions against North Korea when President Trump canceled them one day later with a tweet. “President Trump likes Chairman Kim, and he doesn’t think these sanctions will be necessary,” his press secretary explained.

Such is his affection for Kim that Trump declared the nuclear threat ended after last year’s Singapore summit, even as his advisors were admitting that the two sides do not even agree on what “denuclearization” means.

Last week the contradictions had to do with Venezuela.

National security advisor John Bolton and Secretary of State Pompeo have painted Russia’s presence there as a reason for the United States to invoke the Monroe Doctrine and to insist that President Nicolas Maduro depart.

On Friday morning, with his advisors at the Pentagon planning military action against Venezuela, President Trump reached for the phone to call Vladimir Putin. After a cordial 90-minute talk, Trump effectively ridiculed his own officials’ statements, asserting that Putin “is not looking at all to get involved in Venezuela, other than he’d like to see something positive happen for Venezuela.”

The President also contradicted Pompeo, who told the world that in the murky events of April 30, Maduro was ready to depart for Havana but followed Russian advice to remain. Trump said these were mere “rumors.”

With his chaotic communications, President Trump conveys that he alone is in charge, and maybe that is his intention.

But he also communicates that those who speak for him can be contradicted at any moment, and may not represent his thinking or the positions of the U.S. government. It is an image of a strong executive in charge of a government that he renders incoherent.

These characteristics of the Trump government may come into play as the diplomacy surrounding Venezuela enters a new phase.

We may never fully know what happened in Caracas on April 30. It appears that there were talks between some Maduro officials and opposition figures, geared toward a constitutional action that would remove Maduro and move toward new elections. The degree to which the Maduro officials negotiated sincerely, or feigned disaffection to gather intelligence on the opposition and its foreign allies, is not known.

What we do know is that U.S. allies are reacting with independence and calling for more diplomacy in a way that pressures the Trump Administration to change its approach.

They can hardly be blamed. European allies were burned by the Trump Administration one year ago when it abandoned the Iran nuclear agreement, and Trump snubbed them again by using the Helms-Burton law to attack their businesses operating in Cuba. Neither they nor the Lima Group agree with Washington’s effort to wage economic war on Venezuela and Cuba to force political change in both places, and they oppose the military intervention that Trump’s advisors are threatening.

Nor can they be impressed by Washington’s performance on April 30, when John Bolton cited by name – in a press conference, on Twitter, and in a video message – three Maduro officials who he says agreed to defect and failed to do so. It is hard to imagine a better way to discourage them and all future defectors.

So the Lima Group announced that it wanted Cuba to “participate in the search for a solution to the crisis in Venezuela,” and on its behalf Canada’s prime minister called Cuba’s president to relay that message – and to reiterate Canada’s joint action with Europe to defend against the Helms-Burton law. The EU’s top diplomat delivered the same message to Cuba’s foreign minister. Amid all this movement, Secretary Pompeo now says that U.S. diplomats are in contact with Cuba about Venezuela.

Cuba has welcomed the diplomatic overtures, but it remains to be seen if it will play a role other than that of staunch ideological defender of chavismo. It is hard to imagine Cuba soon accepting a solution that satisfies the Lima Group’s insistence on elections that could replace Maduro. It will take time and, eventually, Havana admitting what it already knows – that Maduro is the main architect of Venezuela’s mess. Sanctions and threats, needless to say, create precisely the wrong incentives.

President Trump’s role is equally complicated. His position is anchored in his own Florida electoral interest and would therefore seem to be firm, but his advisors must have their doubts.

The core of the Venezuela debate is about Maduro’s usurpation of democracy, a value that rarely animates Trump and that he invokes with regard to Venezuela only when reading a script. Otherwise, as in a long Fox interview last week, he repeatedly laments Venezuela’s material scarcity and blames Maduro for allowing the country’s wealth to dissipate, never once using the word “democracy.”

One wonders how President Trump would react if Putin were to call him with a solution, especially one reflecting a Cuban contribution. In that same Fox interview, Trump said that if Cuba makes “the right moves” regarding Venezuela, “we could open it up” instead of imposing more Cuba sanctions.

For Trump’s closest advisors and political supporters, threats, ultimatums, and sanctions are the techniques of choice. They are uncomfortable with normal diplomacy that involves mutual concessions, and with allies in active and possibly leading roles.

It makes them wonder who will be on the receiving end of the next Trump surprise.