The visas, known as H-2B, will be granted only to foreigners who have already had them in the last three fiscal years. 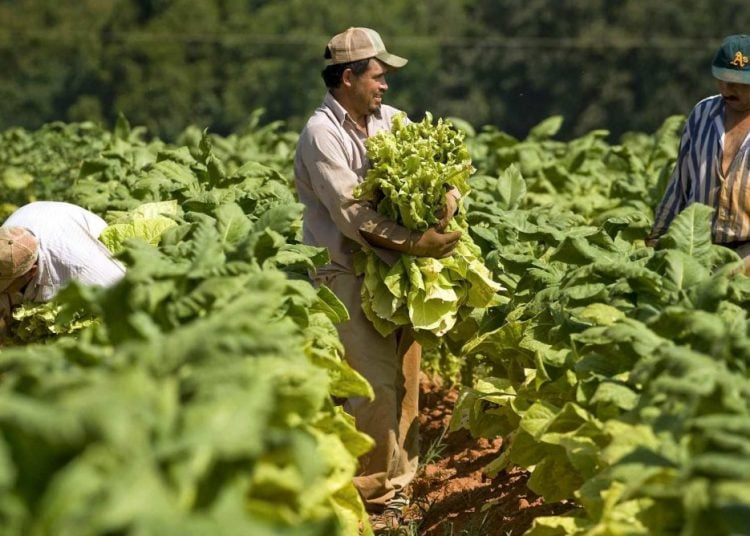 The government of President Donald Trump plans to allow 30,000 temporary foreign workers to do seasonal work until the end of September, a measure that reflects how the economic boom has complicated Trump’s attempts to restrict immigration.

The details of the plan were in a draft obtained by The Associated Press. It would benefit the companies that shuck oysters, fishmongers, loggers and seasonal hotels, including the Mar-a-Lago Club owned by Trump, all of which hire immigrants for seasonal jobs that, according to activists, Americans wouldn’t do.

The visas, known as H-2B, will be granted only to foreigners who have already had them in the last three fiscal years. Many of them return year after year with the same employers. Those workers have already been approved, are trusted and are unlikely to stay once their visas expire, officials said.

The U.S. Citizenship and Immigration Service will begin receiving employer applications on behalf of employers once the regulation is published in the Federal Register, probably on Wednesday.

The solid economy has made it difficult to find workforce, and the number of temporary visas is a maximum 66,000 per fiscal year, an amount that some companies and legislators consider very outdated, especially when the unemployment rate is at its lowest in 49 years.

Employers have alleged that they desperately need more labor force, contradicting Republicans who claim that visas take jobs away from Americans. Trump has also benefited from both temporary workers and people working in the country without authorization in his golf clubs.

Inside the White House some people, like adviser Stephen Miller, seek to restrict legal immigration, even by reducing the number of visas for highly trained workers, and suspend or limit the entry to the United States of individuals from countries whose citizens usually exceed their authorized stay.

Meanwhile, Trump’s son-in-law, Jared Kushner, has been working on his own package of immigration reform for months, meeting with lawmakers and interest groups to try to implement changes in the immigration law and border security that Republicans can support with an eye on the 2020 presidential election.

At some time, Trump campaigned against the flow of foreign workers and argued, despite the presence of contradictory evidence, that foreigners harm U.S. workers by competing for jobs and reducing wages. But currently the president says he is in favor of more legal immigration because the economy is thriving during his administration.

In his State of the Union speech this year Trump said that he wanted the greatest amount of people in history to come to the country, but they have to do it legally.

A spokeswoman for the Center for Migration Studies, a group in favor of restricting immigration, tweeted that with his plan of workers with temporary visas, Trump was selling himself to low-cost foreign labor.

But the National Association of Thoroughbred Horses in Lexington, Kentucky, which represents a large number of racetrack operators, owners, breeders and trainers, said that many of the trainers will undoubtedly qualify for this type of visa because of the lack of workforce that is currently the norm in racecourse stables, said group president Alex Waldrop.

The debate has also reached Congress. Two bipartisan groups sent letters to the Department of Homeland Security: one of them called for an increase in the number of temporary visas, and the other expressed concern about a possible increase.

Officials from the National Security and Labor departments indicated that the decision to allocate visas is based, in part, on the fact that some companies could suffer irreparable damage if they can’t employ workers. The agencies jointly decided to raise the ceiling during the last two fiscal years, but only 15,000 additional visas were granted on those occasions.

He indicated that the department wants lawmakers to seek a long-term legislative solution that meets the needs of employers and at the same time adheres to Trump’s decrees on hiring employees and buying U.S. products.

According to the most recent government data, half of the temporary visas were for the agriculture and horticulture sectors. Food services, forestry, logging, fishing and hunting represent the rest of the visas granted in 2017.

Senators Thom Tillis and Angus King, along with representatives Andy Harris and Chellie Pingree and another 25 lawmakers from both parties sent a letter this year to the Department of Homeland Security, stating that they are working on a solution about the limit of visas, but that until now the increase was necessary.

But another group of bipartisan senators, including Dick Durbin and Chuck Grassley, wrote last month about their concern that the visas could allow for labor exploitation and encourage human smuggling and debt bondage due to visa-related quotas. The combined costs of moving and paying for visas can be thousands of dollars.

Americans who work with H-2B visa beneficiaries may have problems making their employers comply with state and federal labor laws, the senators wrote.