Does the march bring us closer to a Law on protests? Does it pave the way for an association act scheduled for the end of next year? 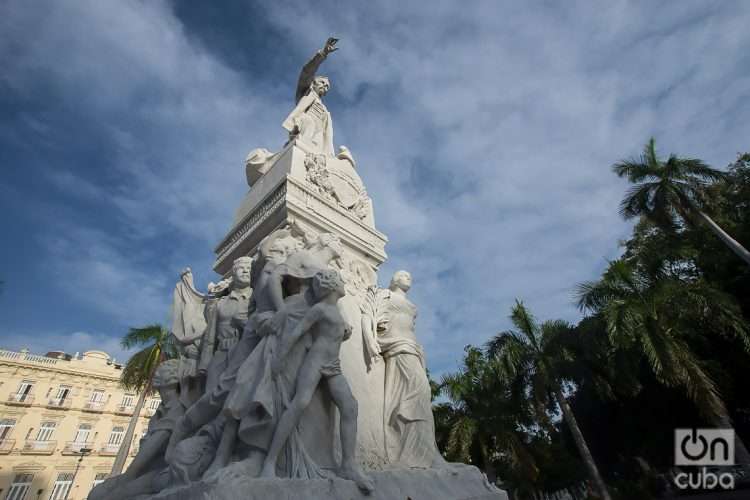 What differentiates these means of expression from another: the call for a protest? Is it that some represent a means of freedom of expression and the others do not? Is it the participation of thousands of people that gives them a dangerous bias? Of the meaning and of the regulations with which each one can operate? Of its meaning and effects on the social peace of Cuba today? What are one and the other for?

Let’s imagine that the protest act in Cuba is already in draft right now, as a Decree-Law. And that it is based not only on Article 56 of the Constitution, but on freedom of expression, the right of citizens to demand institutions of the State and society, the improvement of socialist democracy, the guarantee of social justice, etc.

In its sections and clauses, the project details the requirements to request and grant authorization for a protest; conduct oneself within what is established by the current codes; delimit the content, characteristics and route of the march; identify the corresponding jurisdiction; the number of participants; the duration; the responsibilities incurred in case of damages to property; disrespect for authority, aggression against people or things, or other violation of the stipulations of the law or of what the authorization establishes.

If we already had a law, then the problem seems very simple: just apply it. In its complementary parts, the laws usually make it clear which institutions are responsible, what are their powers, and other technical details. So, legally speaking, the problem has been cleared. Institutions do what the law says, and that’s it. Is it not true?

Before continuing down that “simple” slope, let’s stop to consider some of the abovementioned questions. If it were answered that a public demonstration, by its nature, is a very different means of expression from an artistic representation, but also very different from any other legal recourse, such as the one used to demand a just solution to a problem, which Is its specific nature? What distinguishes it? For that?

Indeed, a work of art or thought, a simple act of freedom of expression, a cultural intervention on a specific audience, a medium that carries a message — a class, an article, a post on the networks —, or the full exercise of an individual and sovereign right, do not amount to a large mass of people going through a highly regulated public environment on their own — as they tend to be everywhere.

Even if a protest has (or claims to have) a strictly peaceful intention, it is still a conscious and deliberate act that demands, in the name of those freedoms, a public space, which as such is not for anyone in particular to use on their own, no matter how many people demand it.

In other words, no freedom of expression, constitutional order or principle, human right, etc., explains the nature of a public demonstration or exhaust its meaning and effects as a political phenomenon. So discussing it legally helps to raise it, but leaves that political sense intact. To do so requires placing it in the specific context of the situation here and now.

When “political” is said in Cuba, it is almost always understood as “ideological.” It is also interpreted that it “is due to a conspiracy in progress,” coming from the North or from the Plaza, according to taste. From these two axioms it follows that there is a “moral” condition involved, which automatically characterizes the subjects. So the field of political actors is aligned, like the iron parts between two magnetic poles, in ideological tendencies, interests, personalities. “Dogmatic” and “centrists,” those who “respond to the Party-State” and to “imperialism and its followers,” those who “have sold their consciences” and those who “do everything to preserve their privileges.”

Although “there is everything in the Lord’s vineyard,” I am going to limit myself here to characterizing this imagined demonstration, in terms of its implications and costs, as a concrete political action, regardless of its declared intentions and protagonists.

The march is not a spontaneous and improvised action like the sit-in on N27 and the J11 protests. There was no cohesive command then, much less a maximum leader. The N27 was made and remade on the way, until the original group fell apart, and only a name remained that had little to do with its initial meaning. As for the J11, it did not even have an agenda, but it was a chain reaction marked by anomie, food and power shortages, the cost of living, the COVID-19 surge. It is not probable that the circumstances of both events will conjugate again. Although other calls for dialogue and other spontaneous protests may occur, the government must have learned its lesson, and will try to prevent them by all means.

In contrast, the recently called march constitutes a structured and conscious political action from the moment of its enunciation. It is built on the dramatic progression that characterizes calculated political action. If compared to a staging, this progression is already present in everything that precedes its hypothetical “premiere” on N15. Like the synopsis that viewers receive in advance, its plan and management has contained all the details necessary to imagine it: subject, protagonists, accompaniment, place where the action takes place, outline of the conflict, turning points, temporal sequence, suspense, predictable outcome.

CNN says the government is afraid of the protest. I always say that “the government” is many people. But if Article 56 was drafted, included and approved in the new Constitution; and if it was put into the 2020 legislative plan, it is because in “the government” those who had the intention of creating the possibility of carrying them out prevailed. I don’t know if the President of the Republic was among them; what matters is that the legitimacy of the marches was within the logic that was considered necessary in this reordering of the system, beyond conjunctures and personalities.

If ever the idea of ​​the march was viable in terms of negotiation, the unilateral publication of its call, and the express will to carry it out in any way, gave the request for authorization a peremptory character. Congruent with that fait accompli, or “coyunda” as it is said in Cuban, were the political operations that have accompanied it in parallel from the beginning: promotional campaigns, new slogans, gestures of support and empathy, as well as any number of debates in the networks, and wiggling on the way to its stated purpose. Last but not least, there is the entry of the established counterrevolutionary organizations, such as UNPACU, from very early on in this peaceful march project, marked it with a particular ambivalence.

The “real” political meaning of the march, expressed in this ambivalence, can be measured in the gap between what is proposed as intention and what it has produced in its virtual anticipation: a political project that proclaims dialogue and reconciliation and that all the time has sharpened polarization. Its effect on a Cuba hit by the crisis and the pandemic, especially that of those social groups most exposed, does not give them a breath of hope and relief of tensions. Nor does it make it easier for a country that has lived in quarantine for 20 months to recover its communicating vessels and foreign relations, vital for the well-being of the majority, and the continuity of the reforms.

Despite displaying the banners of pluralism, the speech of the march and its companions contribute little to understanding; on the contrary, it is characterized by its combative tone, which resonates with many followers as a call for a coup de grace to the regime. Typically, this escalation has resulted in the hardening of the most radical trends. So the political reaction on the other side is predictable. After being silent for several weeks, the authorities announced the ban. In a way, this chronicle of an announced death was part of the premises and the deployment of the project from its inception.

Let’s imagine that, despite the absence of a law that regulates it and defines its limits, the government would have accepted this political action with oppositional content, and would have given it a totally open and very central public space, in the heart of Havana. It was in the hands of the managing group of N27 to keep the peace, and prevent unknown provocateurs from introducing violent actions, among a small group sitting peacefully on a street in El Vedado. It is something very different to govern a crowd of 5,000 or more, at the crossroads between the Parque Central and the Capitol, four months after J11.

Resounding the banners of freedom of expression, respect for due judicial process of even those whose ideas are not shared, making dialogue and the debate of ideas about unilateralism and coercion prevail, could generate a degree of consensus. Planning a simultaneous march in several the island’s cities and in the heart of exile, aimed at putting critical pressure on the government, and demanding a pluralism that encompasses the most recalcitrant sectors of that opposition, openly allied with foreign powers and anti-communist causes, leaves out many of those who advocate dialogue, diversity and debate of ideas, and who oppose coercion.

Authorizing the march, and facilitating a countermarch of those and others who are dissatisfied, that same day and at that same hour, would it contribute to the climate of understanding, reconciliation, peace, stability? Would it enrich the debate of ideas and strengthen a culture of dialogue, as opposed to conflict and hatred? Or does it lead us on an indefinite escalade of marches and countermarches?

Let’s say, finally: does the march bring us closer to Law on protests? Does it pave the way for an association act scheduled for the end of next year? This would be time to think hard, because otherwise, the spirit of the reforms can be spoiled in a series of combative actions that muddy and delay everything. Now that there is so much need, as never in the last decades, for lucidity and equanimity, the kind recommended by wise political thinkers and strategists.

I wish I had exchanged all these questions and problems with one of those wise men. When it comes to understanding Cuba, having taken advantage of the wisdom of someone like Juan Valdés Paz has been a fortune for more than 50 years. Now that he has just left, as the great old men who taught us to think are leaving, the best thing is not to lose his orientation. And to do so, after all, an imaginary dialogue also works. I think that not because he has left he will stop listening to me.