Women tend to experience the consequences of the crises more quickly and benefit more slowly from the recovery. 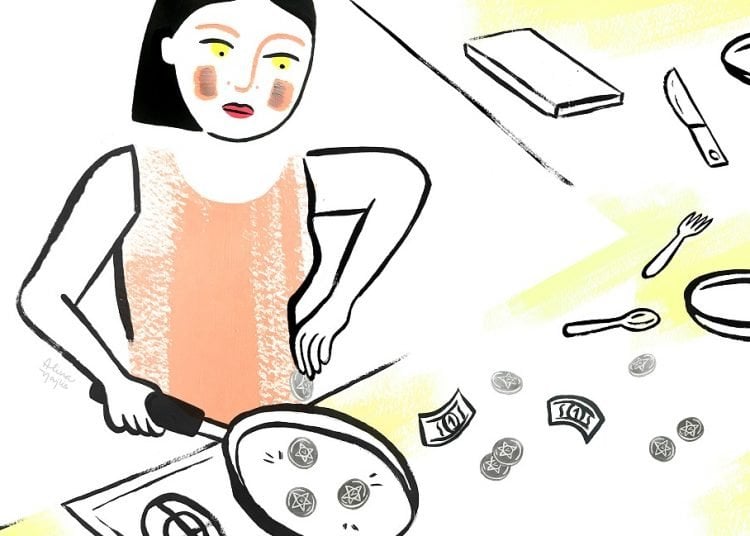 In March 1990 Fidel Castro gave the closing speech of the 5th Congress of the Federation of Cuban Women (FMC). He had done it many times before. But on that occasion he heralded a major change. In his speech he acknowledged that the country was on the threshold of a crisis: the Special Period in times of peace.

There are some who say that we’re already in special period. We aren’t in a special period, but we are almost in a special period…. It’s something that we don’t want, something that we hope will not happen, but we have the elementary duty to draw up all our plans for such circumstances…we must be prepared for the worst circumstances…. I want you to know that the general principle ―and I will not give more ideas― would be, at least, that what we have we share among all.

The women gathered there applauded. After such an announcement, the certainty that there would be an egalitarian and cooperative way out was appreciated.

The crisis reached a country where poverty levels were low (6.6% in the mid-1980s) and the inequality index (Gini coefficient) was 0.24, one of the lowest in the region. The management of the crisis by the Cuban State produced nothing comparable to the neoliberal adjustments that, for other reasons, countries in the region were experiencing around the same time.

In Cuba, the market sphere was also expanded and the state apparatus was rationalized, an attempt was made to attract foreign capital and create conditions for the domestic use of the dollar and other currencies. But no public service or productive structure was privatized. The State did not lose its coordination role. Access to work was not subordinated to the existence of a competitive labor market. Social protection circuits were maintained (universal public health and education systems, basic food basket, pensions, etc.) and an attempt was made to contain the widening disadvantages and exclusions.

The crisis, however, had far-reaching social consequences. A macrosocial analysis reveals that the poverty index increased considerably. The last available measurement, from the beginning of the 2000s, speaks of an urban poverty of 20%. When it descends in the scale to the dermis of the families, an unprecedented deep break is verified, worse than the one announced in that congress of the FMC.

The Special Period changed everything.

In the comments of his speech, the then Cuban president called on women to preserve their elegance and beauty even in times of austerity.

During the Special Period, beauty and elegance were different from what they wore that night.

Analysis of other contexts show that women tend to experience the negative consequences of crises more quickly and benefit more slowly from the recovery. The crises affect them more in at least two senses: making precarious their insertion in the labor market, and making the ―unpaid― domestic and caregiving work they carry out more difficult.

In the Cuban case, women’s economic participation rates only had a slight decrease during the Special Period. This index ―which refers to the percentage of employed women with respect to those of working age― was 51.7 in 1990. In 2000 it was 48.9%. That is, it only decreased by 3%, so that they continued to be formal workers (officially recognized as such), although they often changed their occupation or moved outside the state sector.

As of 1995, with the economic restructuring that expanded the economy’s non-state sector, a part of the women transferred to new workplaces. Of the total of women employed in 1989, 89% worked in the state sector; in 1997 they were 8% less. In the cooperative and private sector, on the contrary, they increased their participation.

Men joined the economy’s private sector, which in Cuba provides more income than the state, faster and more permanently. Today, of the total of private workers, women represent around 32%. Apparently their possibilities of mobility and / or entrance to that space are less.

Those who remain in the state sector do so in lower-paid sectors. According to an analysis by PostData, women have an average salary of 722 CUP, compared to 824 CUP for men. Legally, men and women earn the same for the same work. So that difference does not respond to a regulatory lacuna. There are more women working in the less remunerated sectors.

On the other hand, the crisis meant for them a return to the activities socially attributed to them. Many got jobs, informally, as domestics, preparing and selling food, or the caring of minors.

In relation to unpaid domestic work, the situation is more acute: getting food and cooking it, taking care of the children, washing clothes, planning the food, and so on. With the crisis and as a result of scarcity, all these activities began to demand more time and energy from Cuban families. With the corresponding overload for women.

The elimination or progressive cuts in social policies (such as the content of the basic food basket, the workers’ canteens), subsidized products and the so-called “undue gratuities,” had an incidence in the increase in unpaid domestic work, mainly carried out by women. Households were mainly becoming, with increasing clarity, responsible for the well-being, and the support of life and society.

During the Special Period, there was no greater success than securing a glass of celerac (a sort of cereal) on the family breakfast table. The “elegance” was to try, with few ingredients, potions that were food; fan the offspring in the long hours of heat without electricity; or sneak off as experts in the “black market” to secure a piece of whatever to eat, and make it “last” as long or for as many people as possible.

Making everything last became the households’ main program. (I was always struck by the use of the word and its polysemy. That something “lasts” ensures that we don’t give up. Making something last so we don’t give up.) Women were the ones who made ―and make― things “last.”

According to a survey on the use of time in 2001 in four areas of the country, women worked 10% more than men if paid and unpaid work was accounted for. This same research revealed that, for example, in Old Havana, women spent 24.85 hours per week doing unpaid work in their homes and other homes. The men, 7.7 hours. That is, they spent 17.15 hours a week more than the men. The gap was greater for the rest of the territories analyzed.

The most recent National Survey that measured the use of time, showed that in 2016 women spent 14 hours a week more than men in unpaid domestic work. The panorama has not changed.

All in all, it seems that women came out of the crisis with a greater workload than their peers, with less participation in higher-income labor sectors, and with more participation in lower-paid sectors. And that despite their high presence in Parliament, in universities and study centers.

In April of this year, former President Raúl Castro announced that “the situation could worsen in the coming months.” Cuba must prepare to face an economic crisis and shortages stemming from increased U.S. hostility towards the island and its ally Venezuela, the ex-president said. The scenario was not that of the FMC Congress, but rather the Parliament session where the new Constitution, approved in a referendum last February, was proclaimed.

In the same speech he clarified that “a group of decisions have been made to channel the economy’s performance.” The plan, as it was before, is to resist and overcome the new obstacles “without renouncing the development programs that are underway.”

The most vivid terror, of course, is that of the Special Period. That’s why Raúl Castro warned that it’s not a matter of returning to the acute phase of the Special Period of the 1990s…. Today there’s another scenario in terms of the diversification of the economy, but we must always prepare for the worst variant.

The body trembles and memory also does it. “We have to always prepare for the worst variant,” we heard at the beginning of April. “We must be prepared for the worst circumstances,” we had heard in the 1990s. It is impossible to avoid reminiscence.

Women could, again, come out the worse from the new aggravated situation. Saying it is not a piece of information, it is not information to attend to later, and it would not be an unexpected effect of the new situation. We already know, they already know: we women enter, stay and come out of the crises in worse conditions.