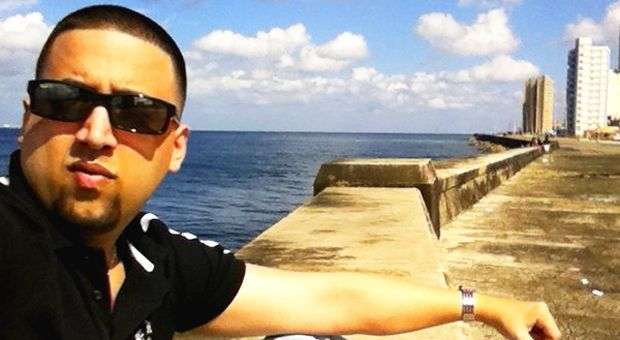 David is much younger than me, is a better dancer (anybody is a better dancer), and smokes and knows as much or more as I do about Cuban cigars. His Cuban music collection is larger than mine, and it’s not because he is—or thinks he is—more Cuban than me; it’s just that David loves Cuba, and without any exceptions whatsoever, he loves all of its derivatives.

They tell me that before he learned how to jump, run or swim, he was dancing to Cuban music, and when he learned to talk the first thing he said was: “And why wasn’t I born in Havana?” Well, if he didn’t say it, he thought it.

David is “not” Cuban. Well, espera/hold on; if he is, he isn’t legally so, because he wasn’t born in Cuba (he was born in Miami), and even though his parents are Cuban, Cuba still doesn’t offer citizenship to persons born in the USA to Cuban parents—and there are so many of them! But this doesn’t bother David; it doesn’t torment him, knock him out of kilter or take away from his Cuban-ness. David smells and dresses like Cuba, and when he talks (Spanish-Cuban) he is as much a son of Cuba as the royal palm or son and guaracha music.

David’s parents have lived in Miami for many years. They have not returned to Cuba, and not because they don’t want to or can’t, but because it’s hard for them to forget the reasons that obliged them to leave; apparently it’s something that is difficult to get over. This is something that David understands but does not assume or inherit and that’s fine, that’s how it should be.

He told his parents that he was going to Cuba, that he wanted to see, watch, observe, feel, and experience for himself everything that they talked about, the good and the bad, colorful and gray…. David wanted to discover, needed to wander and follow the tracks and shadows of his parents and grandparents, reclaim his inheritance and roots, traipse through Havana. Inquiring, asking, finally meeting those distant cousins (“his Cuban cousins”) and—why not?—dancing rumba. “La rumba derrumba (the rumba tears things down)” he told me in Havana, dressed in jeans, sock-less moccasins and a guayabera shirt.

David has now been to Cuba several times and he convinced his mother to go. She did, and regrets were forgotten when she touched Cuban soil; the bad memories succumbed, dissolved in kisses, hugs and gratitude for her return.

David is a highly-sought after and well-known Cuban music DJ (DJ Melao) whose job is to promote Cuban music worldwide. I wanted to dedicate this article to my friend David for no reason other than admiration, because he deserves it…because of his inexplicable, contagious passion for Cuba.