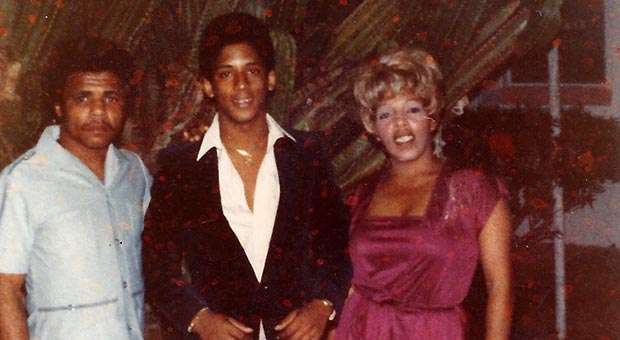 I really don’t remember the exact day of this incident—a conversation that ended up with a scar on the head of my friend Carlitos. Lately I’ve been remembering events but not their dates. We were both kids, short in years and height, but we were dreamers. Dreaming was free, it didn’t cost anything like it does now—is anything free these days?

Carlitos was the most privileged kid on my block, and on many other blocks. His father was a military officer, and not just any military officer; the insignia on his uniform included more than one star. Back then we all wanted to be soldiers, for well-being and for honor.
I do remember clearly that it was raining that day and the air was cold, so cold that it irritated my lungs and caused my bronchial tubes to contract. I remember because that day we both ended up at the clinic: aerosol for me and stitches for Carlitos’ head.

The conversation was brief, but the argument lasted longer and turned into a fight with fists and then with sticks (Carlitos was much bigger and stronger). I’m not trying to justify anything, but he hit me first; he was nimbler. Plus he was angrier. He defended his point of view more tenaciously than I did (it was more a question of conviction than tenacity). The fact is I didn’t have a point of view; I simply had an opinion, and was influenced by the so-called ideological “divisionism” that infected us at the time.

Carlitos spoke Russian and detested the Americans; at least, that what he used to say. Back then it was easy to detest the Americans. He said that Russia’s MiG-23 fighter planes were better than the U.S. Air Force’s F-16s. And I said that no, nobody could beat the Americans: “Those people make the best planes and the best music in the world.” I should clarify here that I didn’t know anything about planes; I did know quite a bit about music, and I liked the Americans better than the Russians, that’s all. Moreover, I enjoyed contradicting him. “The Russians are klutzes,” was the last thing I remember telling him before I felt his fist on my chin, and before I went at him with a stick.

“Hugo really gave me walloping,” Carlos told a friend a few days ago, as he gave me a hug. We ran into each other at a restaurant northwest of Miami, where he is the shift manager. The restaurant has a very large sign hanging to the left of its entrance that says “Mr. Obama lift the travel ban to Cuba.”

“So do you still think that the Russians are better than the Americans?” I asked him with a smile, happy to see him (we hadn’t seen each other for more than 30 years—maybe not since that day when we were rival pilots). “Brother,” he answered, pointing to a small scar on his head, “it doesn’t matter anymore. Does it?” “No,” I said, as I hugged him back. “We were kids; it’s irrelevant.”