Taybeh Brewing Company was founded in 1994, after the 1993 Oslo Agreements, when Palestinian Nadim Khoury, exiled in the United States, decided to return to the land where his family had lived for more than half a century. 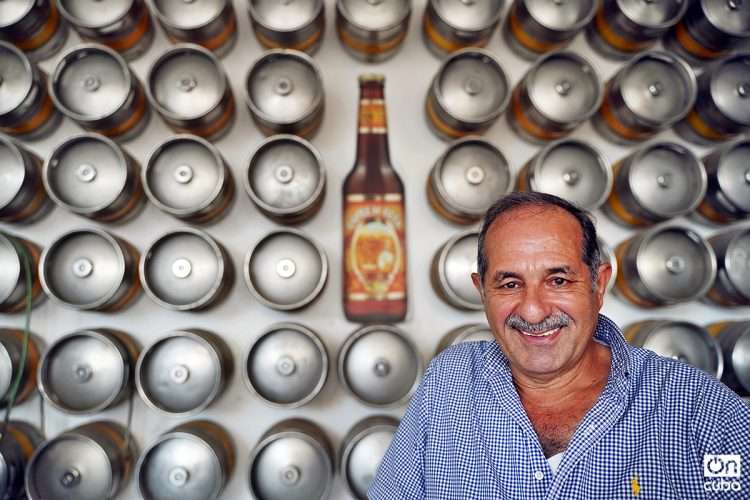 Nadim Khouri, the creator of the popular Palestinian beer Taybeh.

It’s not a secret that I like beer a lot, everyone who knows me knows it and also my belly gives me away. I owe the hobby to my father and many good friends who, like my old man, accompany me from other dimensions knowing that I remember them every time I have a cold beer, also to people with whom I continue to enjoy the pleasure of a cold beer every time that life makes it possible.

One of my beer dreams has always been to visit the Oktoberfest in Bavaria. Enjoy German beer, as it should be, as God intended. Also, I must confess that the typical image of smiling Germans dressed in their “dirndl” carrying huge mugs of foaming beer really appeals to me. But Germany is still pending and for now I have changed that image for typical Palestinian costumes, kufiyas and a newly discovered beer that I love, Taybeh. 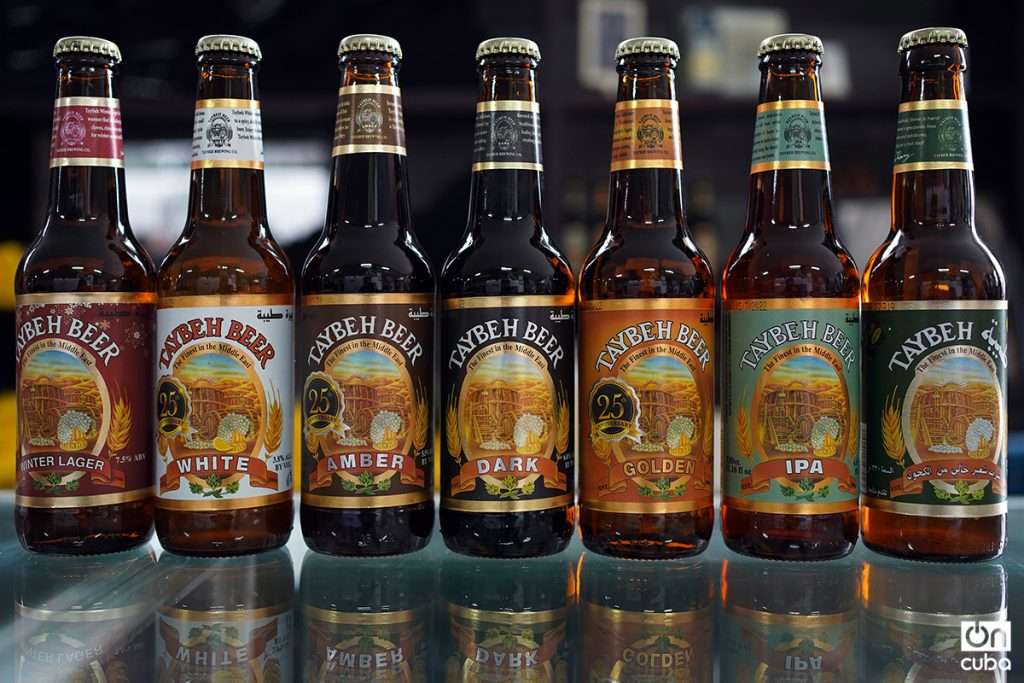 A few days ago I was at the Oktoberfest of the Taybeh brewery, in the Christian Palestinian town of the same name, in the occupied West Bank. An event that has been held since 2005 when, just after the Second Intifada, Nadim Khoury, creator of the popular beer, decided to hold an Oktoberfest to show the world that Palestinians resist and that they are people who like to enjoy life. 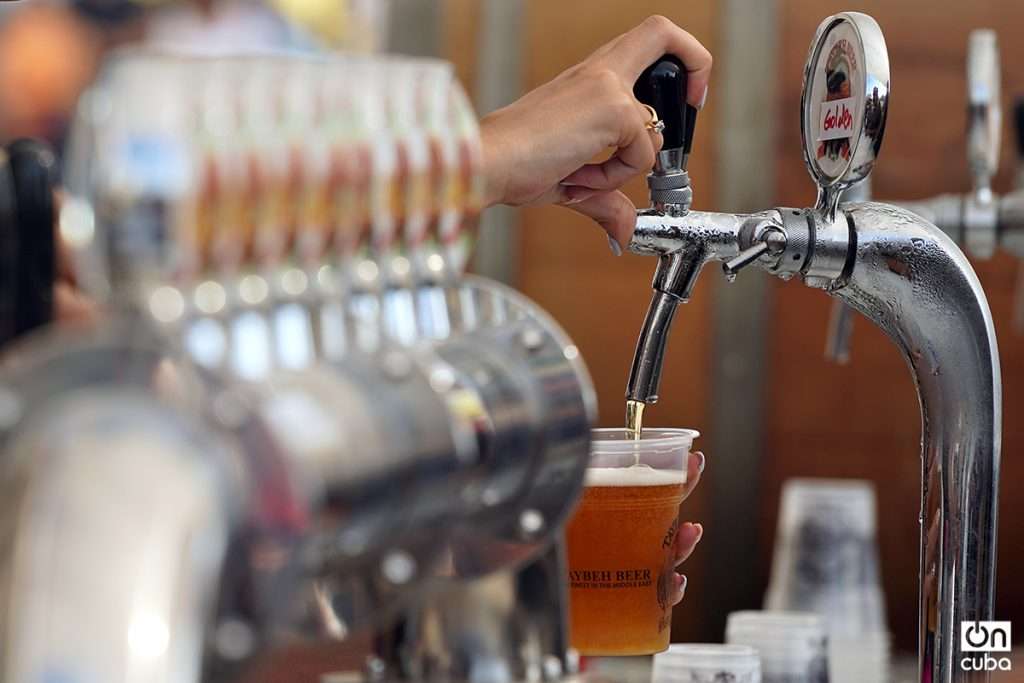 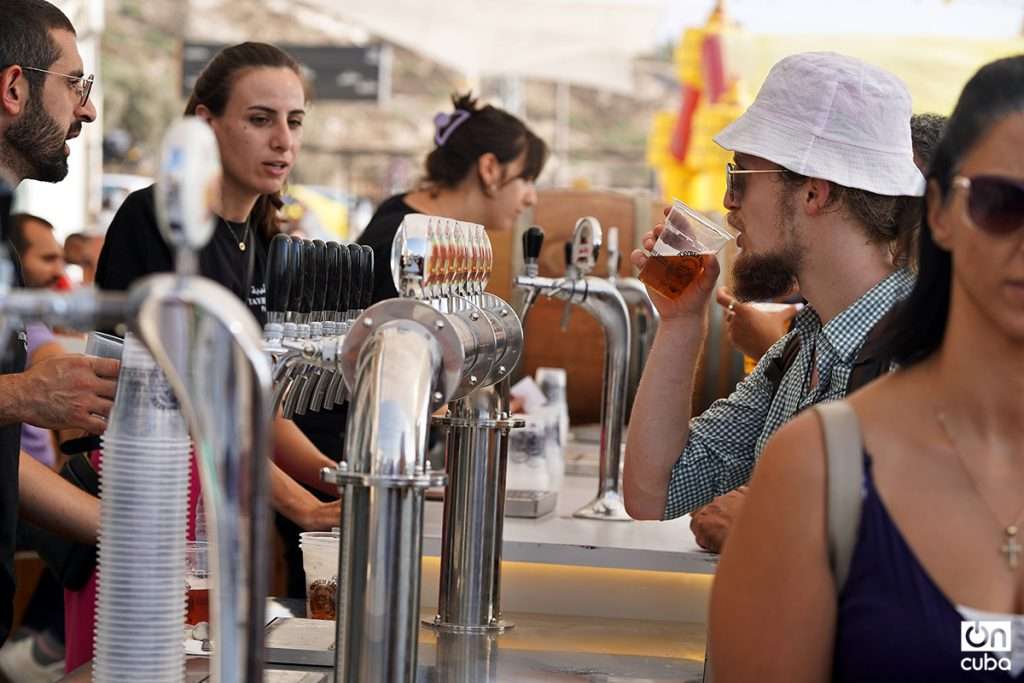 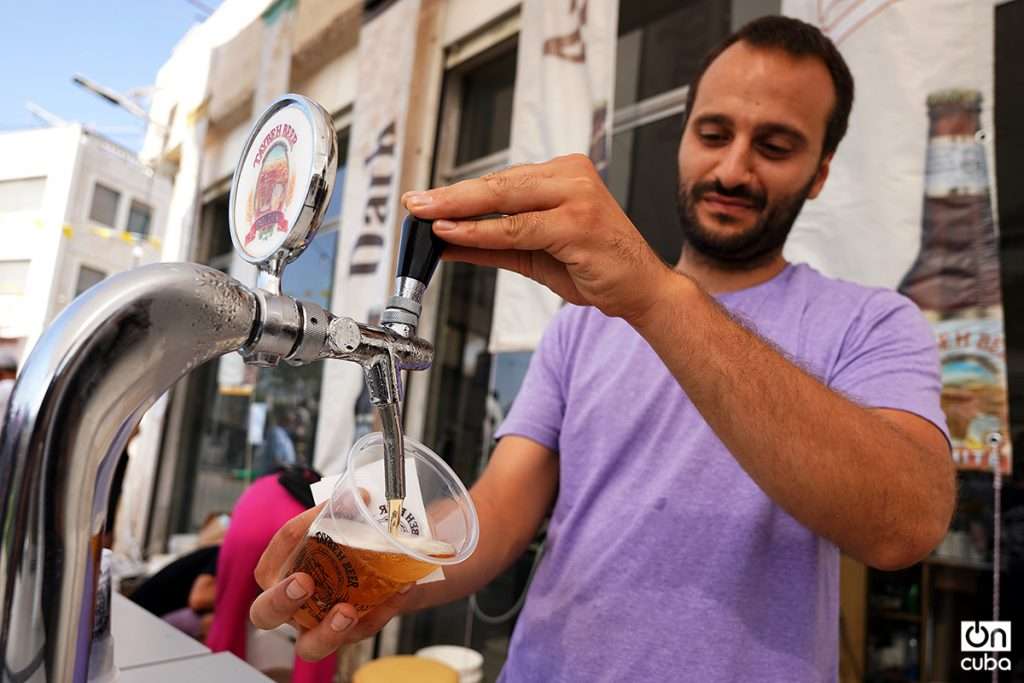 The factory courtyard, usually empty, was decorated for the occasion with a long bar with beer dispensers, something like a Taybeh altar. There were also typical Palestinian food stalls, handicrafts and a thousand other trinkets. And people, lots of people, a mixture of Palestinians, foreigners residing in the West Bank and Israel and even the occasional Jew who, dressed in his kippah, cooled off with a cold beer. It seemed like a wonderful and hot tower of babel in which everyone drank beer, enjoyed Palestinian dances and contests of skills, such as holding a huge beer mug the longest.

Taybeh Brewing Company was founded in 1994, after the Oslo Agreements of 1993, when Palestinian Nadim Khoury, exiled in the United States, decided to return to the land where his family had lived for more than half a century, excited about the creation of a Palestinian State and determined to live off of what until then was his hobby: making beer. “Taste the Revolution” was the slogan chosen to promote the brand. The Golden, the first variety produced and today the most successful. 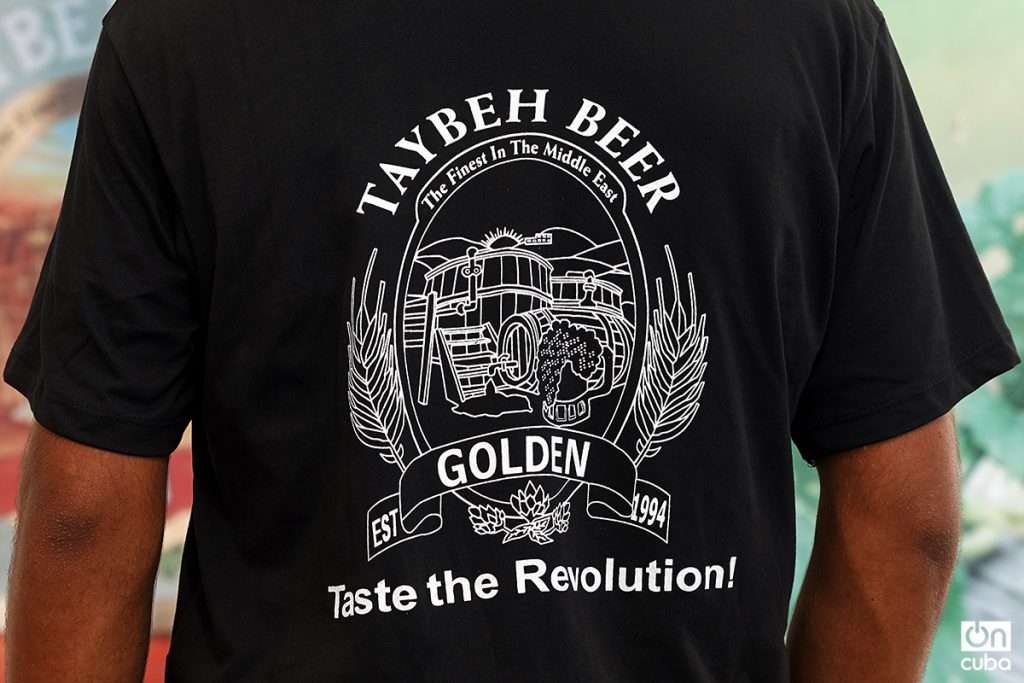 This is how Taybeh was born, the first artisanal beer in the Middle East. “A natural beer, without preservatives or additives, with only four ingredients: grain, hops, yeast and water. Made according to German purity standards,” Nadim proudly said. 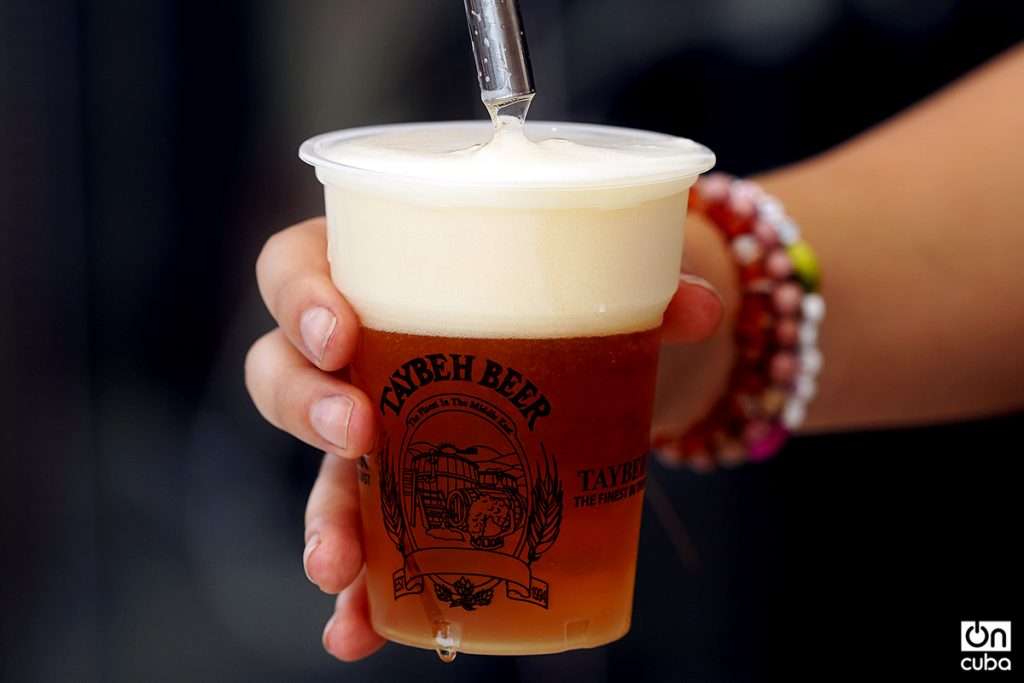 The two times I have visited the Taybeh brewery I have had the good fortune to talk ― she speaks eloquently and pleasantly while I try to decipher her perfect English ― with Madees Khoury, Nadim’s daughter and the first woman with the title of brewmaster in the Middle East. A double merit if you consider the prevailing machismo on this side of the world, where in addition the Muslim population does not consume alcohol for religious reasons. 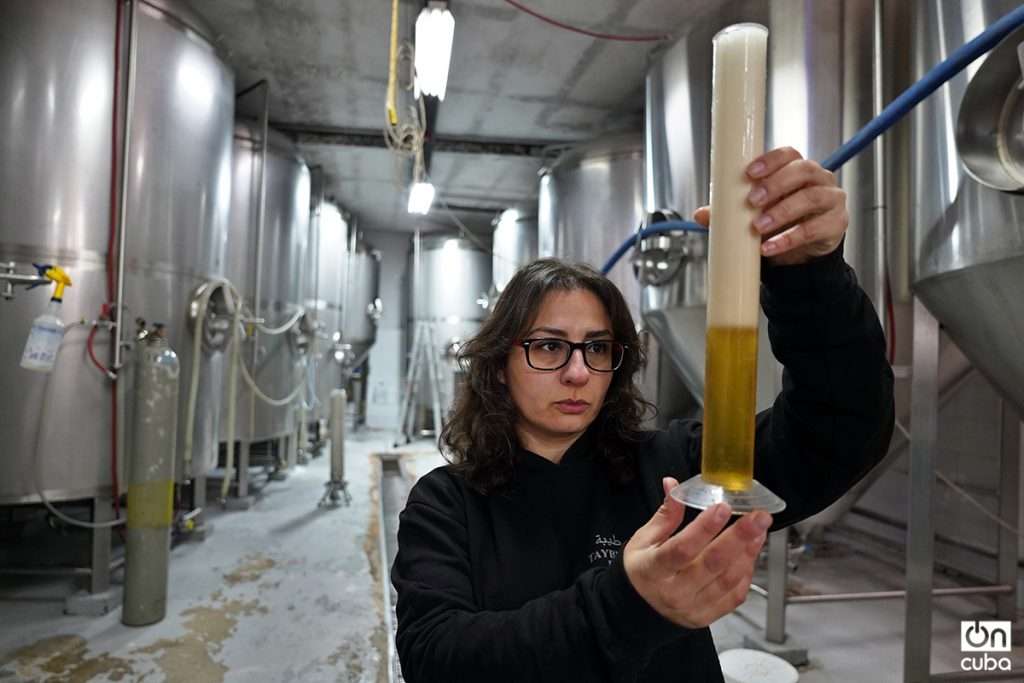 Madees, who currently runs the prosperous family business, tells me that Taybeh, which emerged as a tiny venture, is now marketed in 17 countries, including Germany, Belgium, France, the United States, Spain and Japan, all with a brewing tradition. It is also sold in Jerusalem, which obviously suits me very well.

“Today we have more than 10 beers and some very special ones” Madees explains to me, “we have a pineapple Ipa, a salted lemon one, a chocolate one and a double Ipa. We are also experimenting with Palestinian spices like shumak, zatar or Arabic coffee.”

Interesting experiments, but I stick to the classics, so I return home from the Taybeh Oktoberfest with a box of Taybeh Golden, to cool off on the hot Jerusalem afternoons and, incidentally, remember my first beers with my old man.

Cuban photographer. More than 30 years of experience as a photo reporter, for Cuban and international media. Formerly worked for the EFE and Notimex news agencies. Now a freelancer, in Spain on my way to Jerusalem. I have a passion for taking pictures of people, their customs and traditions, their day to day. Writing, telling stories; a new passion that came to stay.