For 47 years I have opposed the U.S. blockade/embargo against Cuba and for more than three years Donald Trump’s disastrous policies. An article recently published in Granma falsifies these truths and turns them into just the opposite. 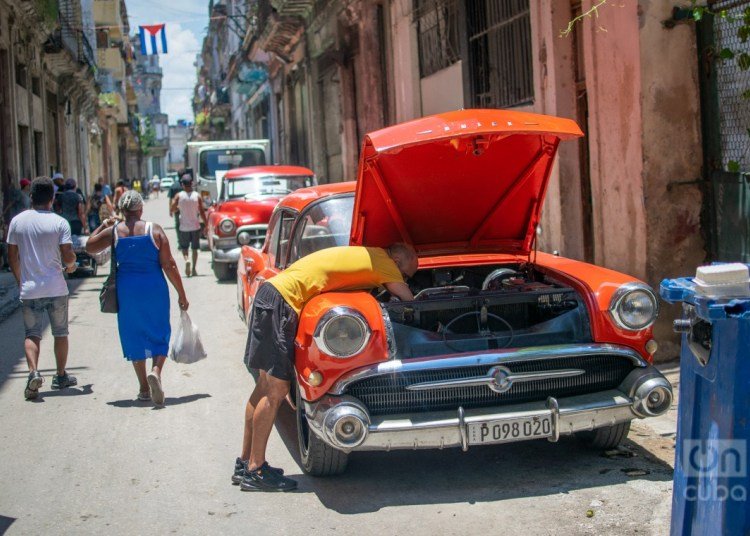 The intensification of the blockade/embargo

On February 15, 1970 I participated in a national public television program, broadcast from the University of Miami, which promoted the lifting of the U.S. blockade/embargo against Cuba; I used arguments similar to those used by President Barack Obama when he announced in 2015 the process of normalization of relations with Cuba. Since 1970, in my work, I have opposed that policy.

In an essay recently written with Cuban economist Pavel Vidal, we take stock of the intensification of Trump’s economic measures against Cuba: [1]

In that text we conclude about the Trump punitive sanctions:

“These actions attack in all directions and regardless of who are affected. Not only do they take away income from the government and state-owned companies, they also seriously harm the private sector, they threaten companies from countries allied to the U.S. government, the U.S. companies themselves, and, above all, Cuban families of all income levels and of any political affiliation.”

In September 2015, less than two months after Donald Trump announced his nomination for the presidency of the United States, in a speech in which he accused Mexican immigrants of being criminals, rapists and drug traffickers, in addition to promising the deportation of 11 million of them and building the deplorable wall, I wrote a statement―with Mexican historian Enrique Krause―that denounced the Trumpist speech of hate and that appealed to the lowest passions, as well as his xenophobia, machismo and intolerance.

It warned that this speech brought to mind campaigns of the past (Nazism) aimed at other ethnic groups that led to the death of millions of people. It added that Trump’s verbal attacks are not based on proven facts but on his very personal and unfounded opinion; he “exhibits a dangerous attitude against his opponents, whom he calls stupid or weak.” He has accused interviewers “of having murky motives…he has expelled from a press conference a prominent Hispanic journalist who asked him an embarrassing question…has made rude comments about women…his bodyguards and followers attack peaceful protesters.” The aforementioned statement was signed by 68 prominent Hispanics, academics, intellectuals, scientists and artists (including two Nobel laureates) living in the U.S., Mexico, Spain and Latin America; it was published in English and Spanish in several newspapers. [2] Precisely then I predicted: “Trump appeals to the pettiest feelings, if he wins [the election] it would be a disaster for the United States.” [3]

Three years after that statement, several of my predictions have come true, although my vision fell short of Trump’s devastating real performance, which I described as “narcissistic, know-it-all egocentric who proclaims he’s the best at any subject, does not seek advice and creates chaos.” [4] In a dozen interviews and articles published in the U.S., Spain and Mexico, as well as on websites, I have systematically analyzed and criticized Trump’s policies and made several predictions that have materialized.

The falsification of the truth

The above makes clear my critical position towards the U.S. blockade/embargo and towards Donald Trump. Amazingly, the article recently published in Granma [13] refers to a group of Cuban-Americans in Miami who strongly support Trump and how he has paid hundreds of thousands of dollars to some of those supporters, whom the article calls “paid employees of the U.S.”

The author then says that in the midst of this new scenario created by the intensification of the blockade, the opportunity returns for what British scholar Emily Morris described some time ago as “a group mostly financed and settled in the United States, and overwhelmingly dominated by ‘Cubanologians’…, who are deeply hostile to the Havana regime….” He adds that “such sectarian behavior” is called by Morris “Miami’s opinion” and that its solutions are “policies focused on opening up the economy to world capital flows, the privatization of state assets, deregulation of prices and salaries, and cuts in social spending.” “According to Morris,” says the author, “the main figures since 1970 have included Carmelo Mesa-Lago of the University of Pittsburgh, the ‘Dean of Cuban Studies’ and author of more than 30 books….” So, the Mesa-Lago critic of Trump and the blockade/embargo, is transmuted by the author’s alchemy into a paid Trump employee to reinforce his punitive actions against Cuba and promote neoliberal policies in Latin America.

This attack is not the first, because in 2014 the same author translated a Morris article into Spanish and published it on his website. [14] I refuted all the arguments of this article in an academic and documented way, in a paper that was published in the best social science magazine in Cuba. [15]

Neither Morris nor said author answered my work. It is an old sinister tactic: when you are unable to refute the arguments of the adversary, then you have to discredit him. Thus, this author returns to his ways and reaches his apotheosis with the publication of his new and false attack in Cuba’s most important official newspaper. Several friends advised me not to answer this second article because it would give prominence to the author. I did not follow the advice because, if I have criticized Trump’s disastrous policies, why am I going to shut up in the face of the unfair criticism of an anodyne that acts as the relentless persecutor of Les Miserables, the Inspector Javert?

It is not possible here to even summarize my arguments in response to Morris (see my cited article), but I will answer the absurd accusation that I am a neo-liberal, something that will make those who know my 60-year-old work on Latin America laugh.

My publications on social welfare on three continents have been characterized by criticism of the World Bank and IMF policies. I was the first who in books and international magazines identified the numerous failures of the privatization reform of pensions that began with the Pinochet dictatorship in Chile and extended to 11 other countries in Latin America. My recent works analyze the return of the role of the State in the world through the reform of previously privatized pensions.

In my work on Cuba I have always made it clear that universal public health, education and pension systems must be preserved, with adjustments that make them more efficient and sustainable. In fact, the extreme right-wing sectors in Miami have accused me of being a leftist and even a communist. My economic approach is neo-Keynesian and opposed to the neo-liberal ideology.

Trump is a pathological liar; 13,435 lies have been confirmed in 993 days since he took office: an average of 14 daily. [16] Moreover, he misrepresents any true criticism made against him. “In an ominous Orwellian parallel, Trump has urged his supporters not to believe in ‘that crap from people who fabricate fake news. Remember that what you see and read is not what is happening.’ Soon his lawyer Rudy Giuliani went even further: ‘The truth is not the truth’.” [17] This characteristic of Trump has been cloned in other politicians in the world such as Jair Bolsonaro and Boris Johnson and, of course, also well-represented in Cuba by the author who denigrates me.

Some clues that I give this author for future misleading information articles about me:

1) Mesa-Lago, a relative of Carlos Mesa, the candidate for the Bolivian elections, participated in the coup d’état that took Evo Morales out;

2) It is discovered that Mesa-Lago made a contribution of one million dollars to Trump’s re-election in 2020;

3) Mesa-Lago sent a tweet to Jair Bolsonaro supporting the fires in the Amazon to extend the capitalist plantations.

Meanwhile, the “academic” Emily Morris, contrary to neo-liberal policies, a collaborator of the New Left Review and an accomplice of the mentioned author, left her post in London and accepted a well-paid position at the Inter-American Development Bank, of which it seems she soon withdrew.

Remember: “The truth is not the truth!”