More than 700 collaborators will return to the island, after four of them were arrested and accused of financing the protests in favor of Evo Morales. 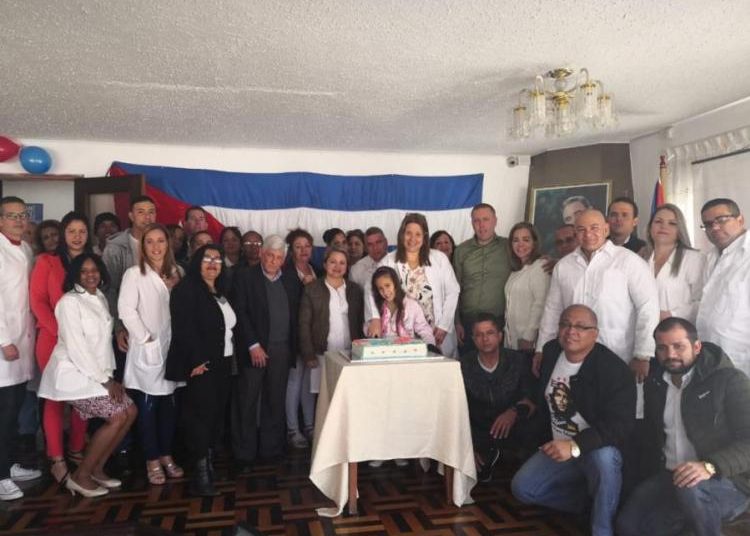 An official statement from the Cuban Ministry of Foreign Affairs (MINREX) announced that Cuban doctors and health personnel working in Bolivia will be withdrawn from that country and demanded the release of four health workers detained last November 13 in El Alto.

“The immediate return to the Homeland of the Cuban collaborators has been decided,” says the note, explaining the circumstances in which three men and one woman were arrested, all members of the Cuban medical mission, while they “were going to their place of residence with the money withdrawn from a bank to pay for basic services and the rent of the 107 members of the medical brigade in that region.”

“The arrest came under the slanderous presumption that the money was being used to finance protests,” continues the MINREX statement.

“The representatives of the police and the Public Prosecutor’s Office visited the headquarters of the medical brigade in El Alto and La Paz and confirmed, based on documents, payrolls and bank details, that the amount of money coincided with the amount regularly withdrawn every month.”

“The Ministry of Foreign Affairs demands that the detained medical brigade members be released immediately and that the Bolivian authorities guarantee the physical integrity of each of the Cuban collaborators according to the responsibilities acquired by the Bolivian State regarding the security and protection of employees in correspondence with the signed intergovernmental agreements.”

Bolivian Foreign Minister Karen Longaric also reported this Friday at a press conference that Cuba announced that it will withdraw 725 doctors from Bolivia. Longaric said she received a call from Cuban Foreign Minister Bruno Rodríguez after the arrest of the Cubans requesting evidence of the accusations.

“They have categorically denied that their citizens would have been participating in these shock groups…they have asked for security for their citizens, since he has made me aware with much concern that these citizens are being attacked and slandered,” she adds.

Meanwhile, Government Minister Arturo Murillo argues that more than 70,000 dollars were found in the backpacks of the four arrested Cubans.

The Cuban medical mission has been working in Bolivia since 2006, when Evo Morales began his term in office.