Although it is a hopeful result, we will not know if the vaccine is safe or not until phase III of the clinical trial is not completed, and it will not be able to advance to a mass vaccination scheme if the regulatory bodies do not approve it. 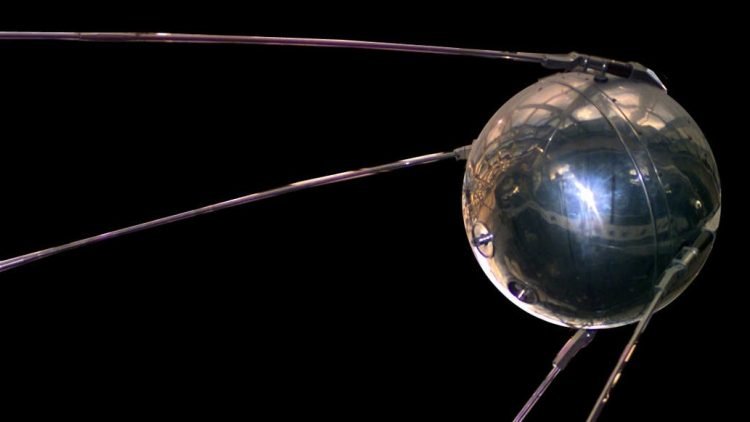 On Tuesday, August 11th, Russian President Vladimir Putin announced that his country had registered the first vaccine against the coronavirus that causes the current COVID-19 pandemic.

Undoubtedly it could be very encouraging news for the world, something that we have all been waiting for since March 11th, 2020, when the World Health Organization (WHO) declared that we were facing a new pandemic; and the world turned upside down.

So, why has this news been taken with caution by the scientific community? Beyond geopolitical interests (which unfortunately exist), the problem is what is known and what is yet unknown about the vaccine with trade name “Sputnik V”, the same name as the first satellite that the Soviet Union managed to put into orbit in space, in one of its greatest victories in the technological race with the United States during the Cold War. Sputnik translates as “satellite”, but it is also a word that derives from the Greek and means “traveling companion”.

What do we know about the Russian vaccine?

The Gam-COVID-Vac vaccine was developed by scientists from the National Research Center for Epidemiology and Microbiology (Gamaleya) together with the Ministry of Defense. It is based on an adenovirus that carries a gene that encodes a protein of the new coronavirus and that, apparently, generates protective immunity.

Russian Health Minister Mikhail Murashko stated that the Gamaleya vaccine showed its high efficacy and safety in the carried out clinical trials. “All the volunteers who received the vaccine developed antibodies and none of them showed serious complications”, he stated.

On August 3, the Russian Defense Ministry reported that two groups of volunteer military personnel who received the vaccine (no more than 100 people) had developed protective immunity to the SARS-Cov-2 coronavirus.

According to data from the State Drug Registry of the Russian Ministry of Health, the vaccine would begin to circulate on January 1st, 2021.

Analyzing these statements it is inferred that the Russian vaccine candidate could have concluded phase I of the clinical trials (these are the only data that appear on the official WHO website), and perhaps phase II (although the results have not been published and registered by WHO yet); but not phase III, which would include thousands of people. In this regard, the Russian health minister indicated that it is part of the process that the Gam-COVID-Vac (Sputnik V) vaccine, already registered, must follow.

What are the main concerns with the Russian vaccine?

What process does a vaccine candidate have to follow until it is approved for use in humans?

The World Health Organization establishes a protocol that many governments and regulatory institutions around the world follow, although each has specific regulations.

Ensuring that vaccines are safe, effective, and of quality, is a critical element in their development and distribution. It begins with the first stages of the vaccine, usually in the laboratory, where its components are subjected to tests to determine aspects such as purity and power. This is followed by clinical trials consisting of three phases.

The license, or authorization for use in humans, is the fundamental step of the process. The official entity that grants the authorization, the national regulatory body, is the one who determines if the standards established to guarantee the quality of the vaccine have been met.

Preclinical studies use tissue culture systems or cell culture, and animal tests to evaluate the safety of the candidate vaccine and its ability to generate an immune response.

Researchers can tailor the candidate vaccine during the preclinical phase to try to make it more effective. They can also conduct exposure studies on animals, which means that they vaccinate the animals and then try to infect them with the target pathogen. These kinds of studies are never carried out in humans.

Many candidate vaccines do not pass beyond this stage, as they cannot generate the desired immune response. The preclinical stages often last 1 to 2 years.

To continue the studies, after completing this phase, an application must have been approved by a competent agency.

This first attempt to evaluate the candidate vaccine in humans involves a small group of adults, usually between 20 to 80. If the vaccine is aimed at children, the researchers will test adults first, gradually reducing the age of the tested subjects until they reach the target age. The goals of phase I testing are to evaluate the safety of the candidate vaccine and to determine the type and extent of the immune response elicited by the vaccine.

A larger group of several hundred people participate in Phase II trials. Some of the people may belong to groups at risk of contracting the disease; the trials are randomized and well-controlled and include a placebo group. The goals of phase II trials are to study the candidate vaccine for safety, immunogenicity, proposed doses, vaccination schedule, and administration method.

Candidate vaccines that are successful in phase II advance to larger trials, involving thousands to tens of thousands of people. Phase III trials are randomized and double-blind; they involve the experimental vaccine that is tested against a placebo (the placebo can be a saline solution, a vaccine for another disease, or some other substance). One goal of phase III is to evaluate the safety of the vaccine in a large group of people. Some unusual side effects may not be apparent in smaller groups of people who were part of the earlier phases.

During these phases, the efficacy of the vaccine to protect against the disease is evaluated. Antibody production tests and immunological response tests are conducted on the people who receive the vaccine. After a phase III trial is concluded successfully, accredited agencies will inspect the product, factories, and research results until they issue the approval.

After being approved for large-scale use, the vaccines continue to be monitored.

Race for a COVID-19 vaccine

In this race for humans health, all the vaccine candidates have been worked in record time. Suffice it to say that the average time to achieve a successful vaccine is between 10 and 15 years. In the 20th century and what we have lived from the 21st, a vaccine developed in five years was considered an exceptional achievement.

The effort of the scientific community to find a vaccine is unprecedented, and great resources have been allocated to it. But according to Tarik Jasarevic, WHO spokesman, “accelerating progress should not mean compromising safety.”

At the moment, about 26 possible vaccines are being tested in different phases, of which six are in phase III (final) of clinical trials.

Three of these six vaccines are developed in China, while the others are being studied in the laboratories of the American pharmaceutical companies Pfizer, Moderna, and the British AstraZeneca, the latter in collaboration with the University of Oxford.

President Putin assured that the mass production of Sputnik V would begin shortly and that it would begin to be available for doctors and teachers in the first place towards the end of August or the beginning of September, while the rest of the citizens could access it in January of 2021. One of the Russian president’s daughters has been reported to be part of the first group of volunteers. For his part, the head of the Russian Direct Investment Fund, Kiril Dmítriev, declared that Cuba could begin to produce the Russian vaccine in November, although the Cuban authorities have not yet ruled on the matter, even though yesterday, August 12, the Mesa Redonda TV program in Cuba was dedicated to “Cuban science against COVID-19”. Brazil and Nicaragua could also start producing it in the region.

The WHO spokesman clarified that, like the other vaccines that are currently being developed in various countries, the Russian one must comply with the prequalification and review procedures established by the organization.

“We are in close contact with the Russians and discussions continue. The prequalification of all vaccines goes through rigorous procedures”, Jasarevic pointed out during a press video-conference.

“Prequalification comprises the examination and evacuation of all the required safety and efficacy elements collected during clinical trials”, the WHO spokesperson remarked.

The famous doctor Francisco Durán, director of Epidemiology of the Ministry of Public Health of Cuba, the most visible face of this fight against COVID-19 on the Island, said yesterday, August 12, in the usual press conference broadcasted on Cuban television: “The first one who is going to be happy that a solution appears would be me”, but he clarified that so far what we have is prevention; “I don’t think there will be a vaccine available in the world probably until the first months of the year 2021, despite all the efforts of science”.

The truth is that, although it is a hopeful result, we will not know if the Russian vaccine is safe until it concludes phase III of the clinical trial; and it will not be able to advance to a mass vaccination scheme if the regulatory bodies do not approve it. For that, of course, I cross all my fingers.

When women and men of science have found an effective and safe vaccine against COVID-19, they will have broken all records, they will have saved us. But they do not do magic; to achieve that, it requires a lot of work and steps that can be accelerated, but not violated.

Hopefully, the Russian vaccine, the Chinese ones, the American ones, all of them work as soon as possible; and hopefully the scientific community, governments, companies… agree to make them accessible to all. It will have been a feat of science, and humanity.

An Open Study of the Safety, Tolerability and Immunogenicity of the Drug «Gam-COVID-Vac» Vaccine Against COVID-19.

An Open Study of the Safety, Tolerability and Immunogenicity of «Gam-COVID-Vac Lyo» Vaccine Against COVID-19