“We have to understand that the city is closed. The fewest possible trips should be made”, said the governor of Havana, Reinaldo García, during the television program Mesa Redonda, on Tuesday. 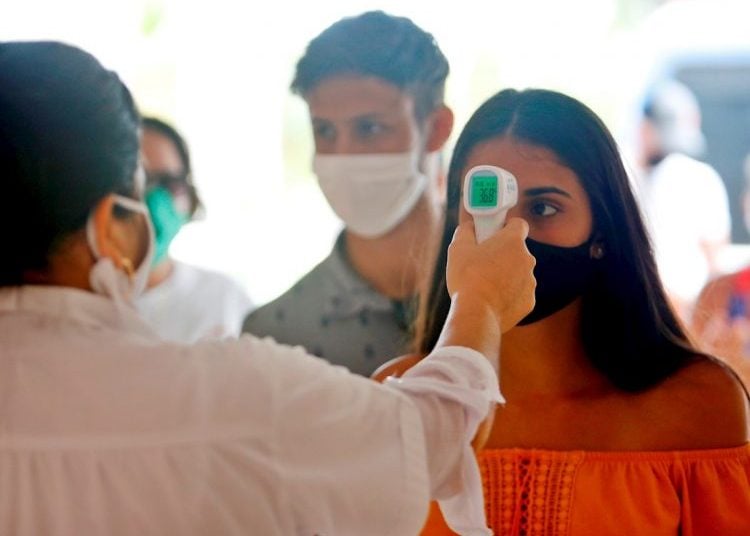 The government of Havana, the epicenter of the current rebound in COVID-19 in Cuba, established greater restrictions than those existing until now for transportation entrances and exits of the city, expecting to curb the transmission of the disease and to prevent it from spreading to other Cuban provinces.

However, he left a margin for tourists’ reservations and other exceptions, for as long as people can provide the required authorization and show evidence that they are not infected.

“We have to understand that the city is closed. The fewest possible trips should be made”, said the governor of Havana, Reinaldo García, during the television program Mesa Redonda, on Tuesday.

After registering a new outbreak of coronavirus infections, Havana was returned by the country’s authorities to the phase of “limited autochthonous transmission”. Consequently, urban transport was suspended and people’s mobility was limited, as part of a plan to contain the disease.

The Cuban government also restricted transportation between the western provinces of the Island, among which Artemisa is also experiencing a complex epidemiological situation. Prevention and control measures have been reinforced throughout the island, particularly in the territories with newly reported cases.

According to the coordinator of the Industry and Transportation program of the Government of Havana, José Conesa, twelve checkpoints started operating at the exits of the city, Cubadebate reported.

Among the measures applied to ensure compliance with these points are the mandatory use of sanitary masks and the prohibition of standing passengers in any type of vehicle, said Conesa.

Additionally, transfers to other provinces in collective means of transport, and departures from Havana of travelers without a medical check-up or research are prohibited, he listed.

However, people who present certification of tourist reservations in hotels, camping bases, or rental houses, are exempt from the travel ban, even if they travel in private cars.

In order to leave the capital, these people must carry evidence of a COVID-19 rapid test with a negative result, the official explained.

According to the governor of the Cuban capital, the necessary verification mechanisms were adjusted with the Ministry of Tourism. To make these trips feasible, an office of Havanatur agency was opened in Varadero, where landlords can go to report the clients they will have.

“This information will travel to Havana and, another office of this travel agency will be opened on the ground floor of the Habana Libre hotel to issue the vouchers for those reservations”, García clarified.

Vacationers who plan to travel outside of Havana must carry the certificate to request the completion of the rapid COVID-19 test at their closest polyclinic, and then show both documents at the exit control points of the city, explained the governor.

Other exceptions for ground departures from Havana are state-related transportation, including those related to cargo transportation, or food assurance. In order to leave the city, these vehicles must have an approval issued by the Provincial Directorate of Transport, and the stickers that corroborate it.

Permanent authorizations are black, and they are given to vehicles that frequently enter and exit Havana “for justified reasons”, while those in blue correspond to “exceptional cases”.

As for the means of transportation that get to Havana from other provinces, they must also carry an authorization to enter the city.

Cuba reported 35 new cases of coronavirus by the end of this Tuesday, 29 of them in Havana. Other provinces also registered sick patients: Artemisa (2), Villa Clara (2), Matanzas (1) and Holguín (1), which is a worrying sign, since in these last two cases the source of infection has not been specified, and both territories had not registered autochthonous cases for several weeks.