When announcing the decision, the Central Bank of Cuba (BCC) affirmed that it is made “in view of the obstacles imposed by the economic blockade of the United States so that the national banking system can deposit abroad the cash in USD that is collected in the country.” 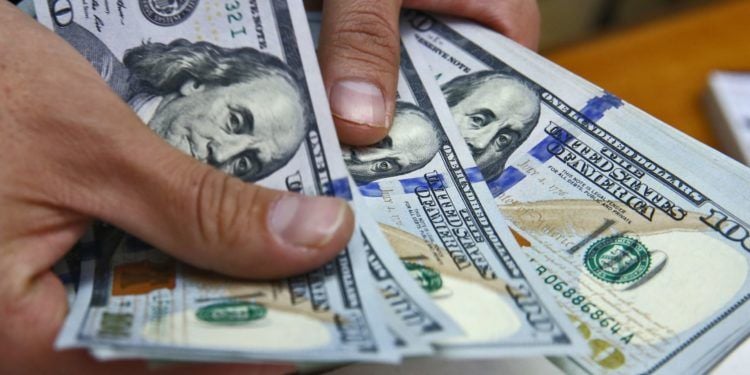 The Cuban government decided to “temporarily” suspend the acceptance of U.S. dollars (USD) in cash on the island, a measure that it classified as “indispensable” given the difficulties currently caused by the U.S. embargo.

When announcing the decision, the Central Bank of Cuba (BCC) affirmed that it is made “in view of the obstacles imposed by the economic blockade of the United States so that the national banking system can deposit abroad the cash in USD that is collected in the country,” and said that “it has nothing to do with the operations carried out by transfers or the cash deposits in other freely convertible currencies accepted in Cuba, which may continue to be carried out without any limitation.”

The measure will take effect as of June 21, and implies that “as of that date, individuals and legal entities, both Cuban and foreign, will not be able to make deposits or any other transaction in USD in cash in Cuban banking and financial institutions.”

Its temporality will depend on “the elimination of the restrictions that prevent the normal functioning of the export procedures of the USD,” the BCC said in a statement.

The entity affirms that it is “a protection measure for the Cuban banking and financial system, which applies only to the USD in cash, not to existing accounts in that currency” and adds that “deposits in USD of individuals and legal entities are not affected at all by this measure.”

In addition, it clarifies that it does not entail penalization for the possession of dollars on the island and that individuals and entities will be able to make USD deposits in cash in Cuban banks until June 20, one day before the measure becomes effective.

In its statement, the BCC asserts that it is “an indispensable decision,” because “the Cuban banking system, by virtue of the limitations imposed by the economic, commercial and financial blockade of the United States, has been restricted for more than a year, and to unusual extremes, the possibilities of depositing in international banks USD bills collected in the national territory.”

“A situation has been reached in which it is increasingly difficult for Cuba to find international banking or financial institutions willing to receive, convert, or process cash in USD as a result of the extraterritorial effects of the blockade and the additional measures adopted by the United States in the last four years, which, to this day, remain in full force,” it added.

At the same time, according to the BCC, “the decision of the Cuban government of June 16, 2020 to abolish the tax of 10 percent on the USD in cash, as part of the measures to face the COVID-19 pandemic, led to the increase in the deposits of this currency in Cuban banks.”

“The situation is further aggravated by the increase in amounts in USD in cash that arrive in the country as a result of the prohibition established by the U.S. government on the regular and institutional flow of remittances,” the statement said, listing the steps taken by Washington in this regard, which, it assures, “is part of the attempts to strangle the Cuban economy and depress the population’s standard of living.”

Among them, it lists the sanctions on the companies FINCIMEX and American International Services, also known as AIS, which managed remittances to the island, and the inclusion of Cuba by the United States in its list of states that sponsor terrorism, which “has as a practical effect, among others, the reluctance of various financial and commercial institutions to maintain ties with Cuban entities, including organizations that are dedicated to receiving, processing or operating currency in cash.”

“In these circumstances and in view of the need to maintain the vitality of the national economy, the Cuban banking system is left with no choice but to temporarily suspend the acceptance of cash deposits USD, a currency whose use-value has been extremely limited,” the BCC concluded.