The eight deaths correspond to four men and the same number of women, aged between 34 and 75 years and residing in municipalities of Havana, Santiago de Cuba, Camagüey, Matanzas, Cienfuegos and Granma. 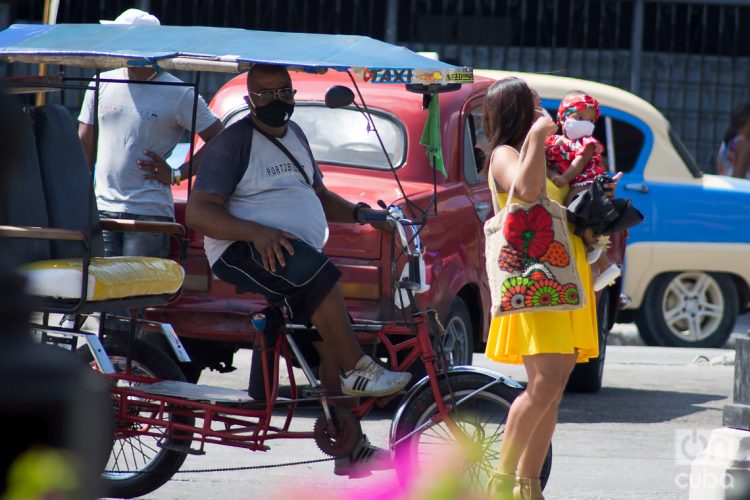 The contagions produced by the SARS-CoV-2 virus in Cuba rose this Thursday to the figure of 1,288, the majority caused by autochthonous transmission (1,220) while there were 68 imported cases, according to the report issued by the Ministry of Public Health (MINSAP).

In addition, the health authorities highlighted the number of infections produced in vulnerable age groups. The number of people under 20 years of age who tested positive for the virus reached 225, of which 213 were of pediatric ages.

Due to this, the specialist Liset López, head of the national pediatrics group of the MINSAP, sent a message to the families and alerted them about what is happening in provinces such as Havana, Guantánamo, Matanzas and Santiago de Cuba, which issued the highest figures in the day.

The impact on imported cases fell mainly on Cuban travelers from Russia (64), Spain (one), Venezuela (one), France (one) and East Timor (one). Only five foreigners tested positive.

Regarding the eight deaths due to COVID-19, these correspond to four men and the same number of women, aged between 34 and 75 years and residing in municipalities of Havana, Santiago de Cuba, Camagüey, Matanzas, Cienfuegos and Granma.

Among them, a 27-week pregnant woman stands out, according to Dr. Francisco Durán in his daily presentation. The specialist highlighted the “torpid evolution” of the 34-year-old victim, who was hospitalized for 38 days.

Havana (460 infections) and Santiago de Cuba (145) were the territories with the highest number of cases, although the number in Matanzas (95), Camagüey (94), Mayabeque (71) and Holguín (62) also stands out.

The incidence rate in Cuba has risen in the last 15 days to 147.9 per 100,000 inhabitants, and the territories with the highest rates continue to be Havana, Mayabeque and Santiago de Cuba.

Twelve municipalities account for 26% of the transmission in this period and they are from Havana (seven), Mayabeque (three), Pinar del Río (one) and Santiago de Cuba (one).

Quivicán continues to show the worst index, the highest by far in comparison with the rest of the territories: 1,177.8 per 100,000 inhabitants. No information has been given about the situation here.

Until midnight, 27,385 people were hospitalized, there were 6,192 active cases and 142 people were in ICUs, 52 in critical condition and 90 in serious condition.

Of those diagnosed, 50.6% were asymptomatic on this day in which the MINSAP reported 1,135 discharges and 22,690 processed samples.