A rumor that mobilizes social networks: Will Victor Mesa advise Ramon Moré in the Caribbean Series?

Daniel A. Fernández
in Baseball
0 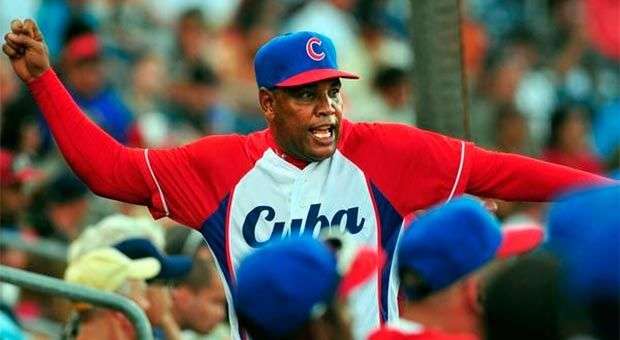 It is circulating a rumor on a comment made by Roberto Pacheco, Radio Rebelde sports broadcaster, where he expresses the need of Villa Clara team manager, Ramon Moré, to attend the upcoming Caribbean Series Baseball accompanied by Víctor Mesa. Pacheco’s proposal is that the current coach of Cuban national squad to be a kind of ” advisor” in key moments, considering that Moré´s inexperience in international tournaments could be a handicap during the event in Margarita Island, because that of coaching outside “is another thing “. Cuban baseball fans sometimes only need a dubious out to generate epic discussions. It was hoped then that this “suggestion” to unleash an avalanche of comments. The vast majority of those published in blogs and sports pages in facebook agree to express a flat refusal to that possibility. The reasons given are dissimilar; from those that show an obvious dislike for Victor to those that are based on more logical analysis on this sport . Ramón Moré was the person who led Villa Clara to the achievement of a title they were awaiting for 18 years. That result allowed him to represent Cuba in its return to the Caribbean Series. Therefore, Moré must have full authority to decide how the Oranges will be integrated in, including the coaching staff. If he wants to incorporate some person, anyone, it should be a collective decision by Villa Clara’s coaching staff without the usual “outsiders” meddling. The same equation must be used when choosing the reinforcements. Nobody better than Moré and his coaches to meet the needs and weaknesses of the team. Dialogue and consultation are essential, but the final decision has to be theirs. By the way, in an interesting work published in Vanguardia provincial newspaper by Mayli Estévez, some questions about the possible makeup of the squad are cleared (from sources who asked not to be quoted, but who declared themselves very close to the team) . Among the names being considered to accompany the eighteen players from Villa Clara and the four reinforcements of the side that won the 52nd National Series are the starting pitchers Ismel Jimenez, Danny Betancourt and Norge Luis Ruiz, while for the offensive, along with Yuliesky and Despaigne, are also mentioned a couple of players from Matanzas: José Miguel Fernández or the outfielder Yadier Hernández. In two or three days we will know if this is the official list. Roberto Pacheco likes the idea of ​​seeing Victor and Pestano wearing again the same jersey, and also that Victor, former Villa Clara’s coach, to advise the current head coach of the Oranges and current domestic monarch, Ramón Moré, the same who beat him in the final play off for the title of the Cuban classic.

Mr. Insulza 's visit to Cuba does not change the position of Cuba towards OAS