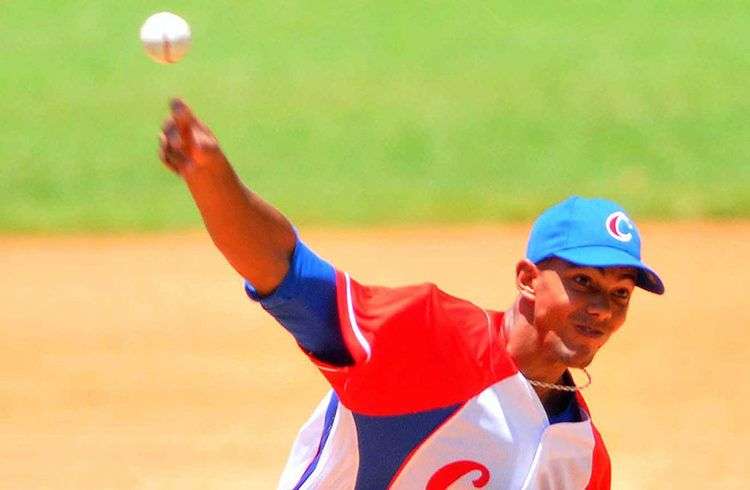 Like a breath the third edition of the baseball match between Cuba and the United States went flying after its resumption in 2012, now with a Cuban sweep that returns the US favor of last year on their land, where our selection, much better than the current, suffered much criticized battering.

Bells have been tolling after the five victories in Matanzas and Pinar del Rio; although the stark reality is that we played against lesser team, facing the transition from college baseball to professional model that includes the change from aluminum bats to wooden ones.

However, you can not devalue the performance of the Cubans, whose roster exhibited several of the most talented domestic players, which has a margin of uppercase growth, particularly if achieved clashes against rival of a certain level, experienced and mastering the fundamentals of the game.

There are several players that we can include in this group: third baseman Luis Yander La O, catcher Luis Abel Castro, first baseman Ramón Lunar and slugger Guillermo Aviles, all with serious growth prospects, some for its tight defense capability OBP and speed on the bases, and others for their innate strength and powerful swing, and having still room for polishing many details.

However, the greatest strength of the Cuban team could be placed in its pitching staff full of young and powerful arms still developing, which require a lot of work towards eradicating gradually shortcomings that they drag from lower categories.

“I think this group has a lot of talent, just lack experience and maturity, things that are acquired with the daily work, the challenges when facing quality rivals, because when you play against lesser players your margin of growth is not the same. You just adapt to win against the weak and when you measure it someone strong then problems come to light, “says catcher Frank Camilo Morejon, who has received the pitches of these guys for the last month.

“The current time demands modernization in the training systems and in the implementation of technical variants. We need to take advantage of new technologies, largely to study better rivals and pitchers have more control of the strengths and weaknesses of those they face. That will let them know what to do in every circumstance and force them to develop their mental ability and selection, “he said, who is one of the best catchers guiding pitchers in the country.

“In the match against the United States we could see progress. While facing a squad with several offensive mismatches, pitchers managed to reduce to a minimum in the earned runs, primordial aspect that helps us succeed as a team.

“All this is the result of hard work, of consolidating their respective repertoires, based mostly in the fastball and change-up, very important pitch in modern baseball, especially when you manage to control it, put it in the strike zone and know what is the best time to use it. Furthermore, they have strengthened other alternative tools, such as slider and sinker, some with a high level of effectiveness, “says Morejon.

But not everything is about pitches, repertoire, control, other details also affect the correct formation of a pitcher, such as conservation of the arms, which can only be obtained when a certain level of expertise is reached, when men meet one specific function and are prepared to play only in that role, either as starter, situational reliever, or closers.

A boy throwing over ninety miles but who cannot sustain it for more than two innings, cannot be placed as starter, the right idea would be to exploit his potential as a reliever. Such issues should be known by the coaches, guiding principles of the new quarry of pitchers.

Only then we will see in the near future the true potential of Norge Luis Ruiz, Vladimir Gutierrez Yaisel Sierra, Yunieski García, Julio Alfredo Martínez, Yusmel Velazquez, Hector Mendoza, called to lead the destinies of Cuba with their performances on the mound, where they must demonstrate that they are leaders of a prolific generation if we talk about pitching.

¨Balloon fishing¨ on the Malecon in Havana