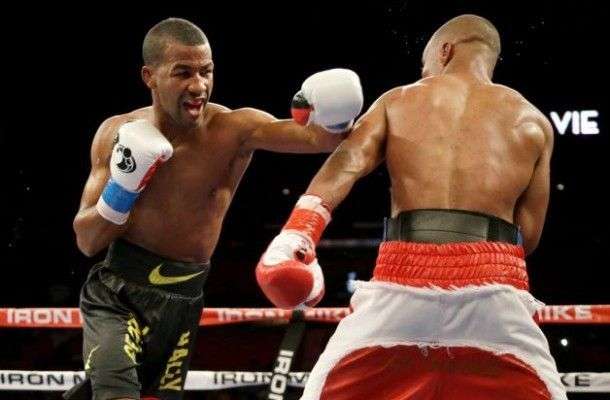 Frank Lombardi, Julie Lederman and Bill Morande were the judges involved in the most recent combat of a Cuban in professional boxing, and who, to the delight of many, showed equal cards of 120-108 in favor of Rancés Barthelemy (21-0, 12 knockouts) in his at all friendly fight against the experienced Argentine Fernando “El Vasco” Saucedo (52-6-3, 8 knockouts) in his first defense of the IBF super featherweight title.

The fight, at the Fox Theatre, in Foxwoods casino-hotel in Mashantucket, Connecticut, was a solo of the Caribbean during the twelve rounds, and the unanimous ruling clearly showed the superiority exerted by Barthelemy; although the KO never came in a fight that was boring at times.

The refined technique – nothing new in boxers born in Cuba, the reach, the meager sporting ability of his opponent and the magnificent moment lived by Barthelemy impacted as some of the factors that merged to the consummation of the fact. This is a step that puts him, of course, in the orbit of the best in the division, and assures him a ticket to higher commitments in major venues and more succulent economic purses.

The Argentine boxer arrived to the combat with a winning streak of 14 fights (he got the last win against his compatriot Luis Armando Juarez, on July 27 in Buenos Aires); however he was brought back to reality and not too gently, while the native of Havana municipality of Arroyo Naranjo remained unbeaten in the professional boxing panorama since his debut on August 8, 2009 as rival of American Jamal Clay at the Convention Center, in Columbia, South Carolina.

Barthelemy´s possible opponents in the future are some of the most exalted boxers of the 130 pounds: Orlando Salido (42-2) and Miguel Angel ” Mickey” Garcia (34-0). The latter had the opportunity of facing the great Manny Pacquiao, but his pitiful performance as contender of Juan Carlos Burgos sentenced him to break that nice idea. He could also fight against the also Cuban Yuriorkis Gamboa, however, his high financial demands again put paid to a sold-out match.

Others who shine in this division are the Japanese Takashi Uchiyama, without forgetting the Mexican Sergio Thompson and Puerto Rican Roman ‘Rocky’ Martinez.

With this background, Barthelemy seems to be destined to most demanding endeavors. His credentials and the IBF universal title prove that sooner or later he will try to follow the footsteps of others who glorify in the professional arena the prestige of Cuban boxing school. Can he maintain the correct path? I think he will.