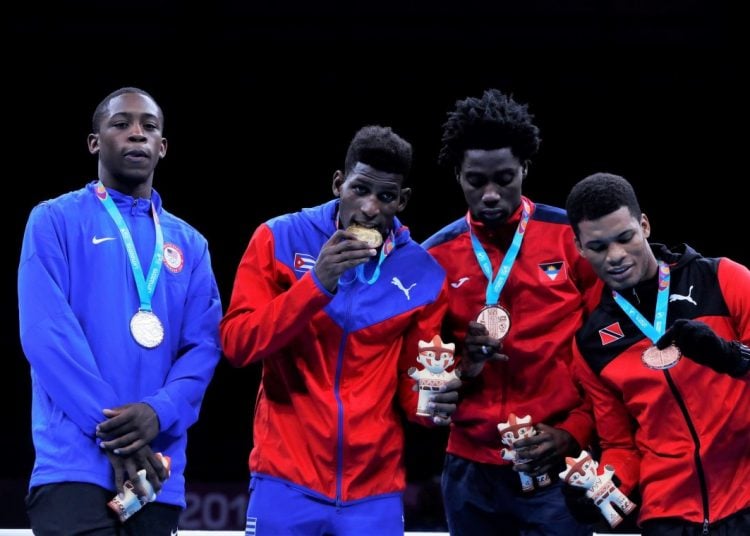 Cuba reached four meets for the gold in men’s boxing and didn’t miss any, with no disappointments and coming out as an absolute winner with eight titles in the Lima Pan American Games.

The Dominican Republic barely got in the way of the Cubans by frustrating Yosbany Veitía Soto’s aspirations with Rodrigo Marte De la Rosa in the flyweight.

The male bantamweight (56 kg) division crowned one of the Cubans with less experience but with a better future, Osvel David Caballero García. He showed his class a year ago with the Cuban boxing team in the World Boxing Series and this Friday ratified it by giving no options to American Duke Ragan, who accompanied him on the podium with the silver medal. The bronze was shared by Dominican Alexy Miguel De la Cruz and Uruguayan Lucas Alexander Fernández.

In the lightweight division another duel between Cuba and the United States for the gold and a new victory for the island. ‘El Matador’ Andy Cruz Gómez, who arrived in Lima as a bronze medalist in the qualifying tournament held last April in Managua, starred in one of the most vibrant fights of the closing of the Games against Keyshawn Davis. The American got the silver medal and Cruz, who turns 24 this August 12, celebrated the title dancing in the middle of the ring before the applause of the public.

Michel Alexander, from Trinidad and Tobago, and Conrad Ryan, from Antigua and Barbuda, were left with the bronze.

The final result of the Cuban team in Lima exceeded Toronto’s results four years ago when it won six gold and four silver medals.