Cuba tries to bring back its volleyball players 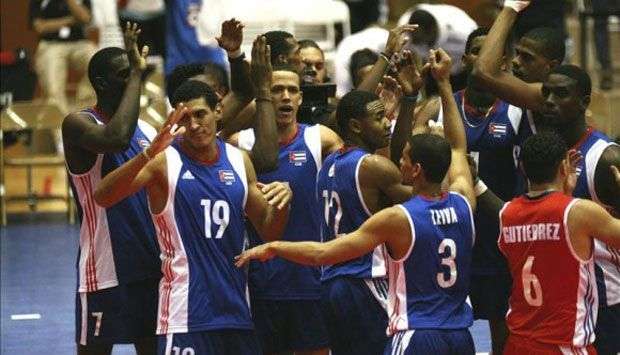 Cuban Volleyball executives have reconsidered, have fulfilled the promise made a couple of months ago of trying to rescue some players of the island that for various reasons have left the national team.

Those sports officials have held a dialogue with at least three players who legally emigrated with the aim of evaluating a possible return to the national squad.

“The Cuban volleyball national commissioner, Ariel Sainz, called me because they are talking to players that did not affect the team when leaving it” and “I said I was ready to return” to play for Cuba, Fernando Hernandez told the website of Radio Havana Cuba.

In addition, the former outside striker of Cuba during the 2011 World Cup explained that “the officials also discussed the matter with Raidel Hierrezuelo (still in Cuba)”, who dissociated himself from the team in the season of 2012 for reasons still unknown to the public opinion. Another player that has been consulted to return home is Osmany Juantorena, stellar opposite hitter of the Italian club Trentino, champion of the league and considered one of the world stars of the sport.

In his statements, Fernando Hernandez who recently signed for Japanese club Nagoya also explained that “I know they are analyzing talking to other players as Yoandy Leal (Brazilian League) and Henry Bell (Turkish league)”.

Hernandez hopes to return to the national squad after fulfilling his contract with the Japanese team and clarified that his separation from the national selection was influenced by disagreements with the former coach Orlando Samuels.

This initiative, as the national commissioner explained, shall not include players who have defected and have “significantly” affected the results of Cuban squad. Ambiguous aspect that is not assured that it will be taken into account to measure such damages .

At the moment, Cuban volleyball players continue shining in major foreign leagues and the national team boat does nothing but sinking into international waters. Long before this new implementation of the Cuban Federation (forced by its bad results), players like Juantorena and Roberlandy Simon had shown interest in dressing again the jersey of the Cuban national squad .

We are anxiously waiting for the results of this negotiation and if both parties really reach a bilateral agreement. At the moment this is just the beginning of a deal.

Cunagua, the rule of silence

Our volleyball talent “from Cuba and to the world”

Our volleyball talent "from Cuba and to the world"

Sotomayor: "I would never give up being Cuban"