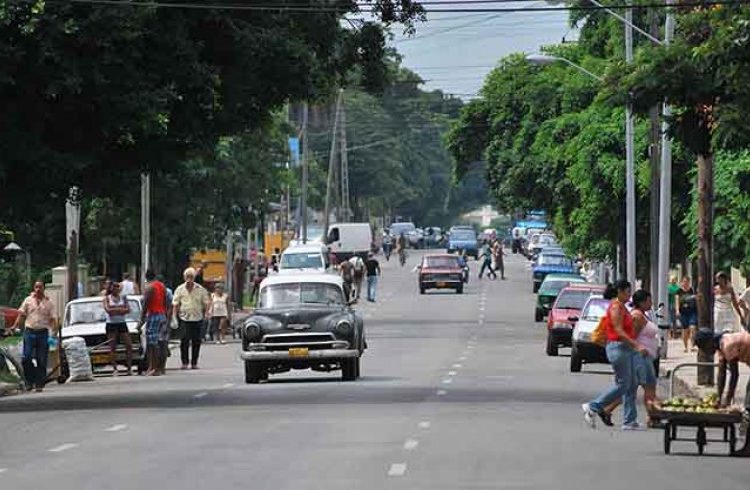 Some of my friends make fun of the fact Havana was named one of the seven wonder cities of the world. They write about the large heaps of garbage on the streets, the miraculous endurance of ruined buildings, the geysers of sewage and how the pot-holes on the roads resemble war trenches.

What they write is accurate, it is nothing but the truth, but, despite all that, I continue to feel that Havana is a magical city. It has the charms of a beautiful, mature woman, whose wrinkles and extra weight does not manage to reduce its sensuality and attractiveness one bit.

Its crazy architecture has stood the test of time, hurricanes and illegal constructions. Half a century of no maintenance or new construction work caused hundreds of buildings to collapse, but it also preserved what managed to remain standing.

In Havana, no one tears down any buildings – they either collapse on their own or they’re restored to what they were originally. Many a time, the styles of different periods co-exist in a single block without anyone finding such a mosaic surprising.

This landscape is peppered with automobiles that tell the history of Cuba in the 20th century. Thousands of United States cars from the 40s and 50s move about the city, making us think that their mechanics have discovered the fountain of youth.

In Havana, no one tears down any buildings – they either collapse on their own or they’re restored to what they were originally.

In Havana, no one tears down any buildings – they either collapse on their own or they’re restored to what they were originally.

The city’s Ladas, Moscovich and Polish cars remind us of a time in which Havana received the “selfless aid of the Soviet Union”, supplying the country with tough automobiles that lasted decades, until the Russians decided to come back to Cuba.

Today, German, French, Spanish, Japanese and Korean automobiles have joined their older counterparts and, despite this mad mix of cars, one can still drive around the capital without running into any traffic jams. Everything seems to indicate this will not change, as a car in Cuba costs 10 times what it does in Europe.

The most important thing in a city, however, is not its architecture or cars, but its people, and here, Havana has a clear advantage over many other cities around the world. The men and women of Havana are street-smart, passionate, peaceful, fond of joking around, agreeable and easy to get along with.

The flirtatious comments men make on the street aren’t loaded with the rudeness typical of other places and one needn’t be a rocket scientist to read the signals one gets from women. The people of this city are transparent, no matter how much they enjoy repeating that “the people of Havana ran away from hell.”

In Havana, one comes across poverty but does not see the extreme poverty of other capitals around the world. When you visit someone’s home, you will always get a shot of coffee and plenty of conversation (because people in Havana seldom go quiet).

You have to be careful when you asks for directions, for the phrase “I don’t know” has long been absent from their vocabulary. They never hesitate; they always give you directions, even if they have no idea where the street you’re looking for is, satisfied at having been able to help you.

Havana is a city where all classes are mixed up: the rich, poor and middle class share neighborhoods, parks and schools. One of my kids went to the same high school as the son of the vice-president and sat next to a bricklayer’s daughter.

Violence levels are extremely low and people live without fear, leaving their doors unlocked. Children play alone at parks; you can get in a cab without fear of being kidnapped and get a good night’s sleep when your teenage son or daughter goes out at night.

Havana has no haste: people walk slowly, as though no one were in a hurry to get anywhere. The tropical heat, the long lines people have had to stand in for years and the convoluted bureaucratic procedures one is subjected to perhaps contribute to people’s “take it easy” attitude.

It is a pace I miss when I spend some time abroad. When I return, I feel I’ve come back home and immediately take a stroll around the city, to confirm that everything is still in its place and that Havana has the same magic it’s always had.

I am constantly jumping over puddles, skirting pot-holes, holding in my breath while walking past overstuffed garbage bins, avoiding buildings propped up with wooden beams, enduring my neighbor’s loud music and suffering the snail-paced Internet, but I still love the city.

One does not choose where one is born but sometimes one can choose where they want to live and I did. Twenty-five years ago, I put an end to my nomadic existence here. I started a family, saw my children grow up, made good friends and, today, I still think I did not make a mistake.

Time Magazine Chooses fighters against Ebola “Person of the Year 2014”

Time Magazine Chooses fighters against Ebola "Person of the Year 2014"