by OnCuba Staff
in Cocktail
0 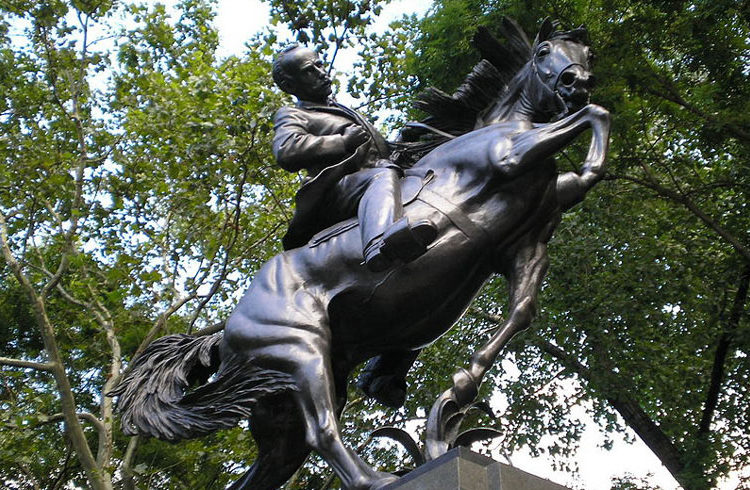 In the southern part of Central Park, in the intersection with Sixth Avenue – also called Avenue of the Americas -, stands an equestrian sculpture of José Martí. The work is not located in Havana or in any other Cuban city but rather in New York, but a replica could soon be located on the island.

Around a year ago the Bronx Museum of the Arts and the Ford Foundation came together in this endeavor. At the time it was created by the Friends of José Martí group with the aim of collecting the more than 2 million dollars needed for the reproduction in bronze of the original sculpture and to organize other activities dedicated to Cuba’s National Hero.

The product is about to come to fruition. According to what was announced this week by Dr. Eusebio Leal, City of Havana Historian, the replica could reach the Cuban capital in the first months of this year.

On a visit to New York, Leal commented that ever since he found out about the existence of that statue more than 20 years ago, he had dreamed of “making a replica of this wonderful work to take to Cuba.”

The piece sculpted by U.S. artist Anna Hyatt Huntington was made to order by the Cuban government. It was finished in 1959 and inaugurated six years later in the New York park, close to another two statues of Latin American national heroes Simón Bolívar and José de San Martín.

An inscription at the foot of the monument refers to the Cuban national hero as someone whose “literacy genius vied with his political foresight.”

For its creation, Huntington was inspired by Martí’s fall in combat in Dos Ríos, in eastern Cuba. According to Leal, the work shows “the sculptor’s dominion of the subject, since it highlights the immense tenderness contained in José Martí’s act of sacrifice.”

The idea of making a replica of the sculpture to install it in Havana has in Holly Block one of its mayor promoters. Executive director of the Bronx Museum of the Arts, Block opines that sending a copy of the piece to Cuba respects the will of Anna Huntington, who conceived her piece as a tie of friendship and culture between the two countries.

The reproduction must be placed on Havana Prado Promenade, as it was announced when the project was made official.

In a gathering organized in Cuba’s Permanent Mission to the UN, Block commented that the replica of the statue will not be her museum’s only initiative related to Martí. Also previewed is a contemporary art exhibit about the Apostle of Cuba’s Independence, as well as educational programs that teach the children of New York about Martí’s life and work.

As part of the activity, Eusebio Leal referred to Martí’s links with the United States, especially with the city of New York, and referred to the humanism and talent of the Cuban national hero.

Meanwhile, the Cuban representative to the UN, Anayansi Rodríguez, said that this replica will be a lasting symbol of fraternity between the Cuban and U.S. peoples, and thanked the Bronx Museum of the Arts for its support.

This week Leal also referred to the sculpture during a visit he made to the headquarters of Google in the Big Apple. The information technology company is one of the U.S. institutions cooperating with the project dedicated to Martí and recently presented in Havana a 3D audiovisual material about the Cuban hero which is narrated by Leal.