Redacción OnCuba
in Technologies of Communication and Media
1 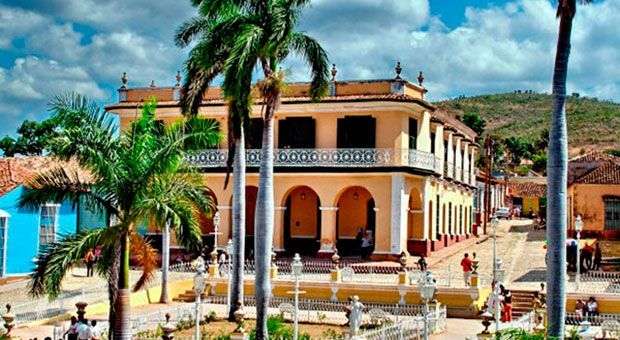 A new version of La Bodeguita del Medio, Cuba’s most famous restaurant bar was opened in the city of Trinidad, which these days celebrates the 500th anniversary of its founding.

Located a few meters from where the first foundational Christian Mass was celebrated, and right next to the famous Canchánchara on Real Street, the Trinidad replica of the Bodeguita, in Old Havana, is set up to serve than more fifty diners at same time.

With the opening of La Bodeguita del Medio in Trinidad, there are three facilities of its kind in Cuba, which are added to a dozen overseas, many of them concentrated in Central and South America, and various European countries.

Like its predecessors, both on the island and in other countries, it maintains the supply of local food and traditional mojito immortalized by his predilection by the great American writer Ernest Hemingway, reported Cubacontemporánea website.

In parallel, the colonial mansion makes its walls available to every visitor, but especially the intelligentsia from the village, an opportunity that had at the time in the one in Havana, founded in 1942, figures as Gabriela Mistral, Ernest Hemingway, Agustín Lara, Pablo Neruda and Nicolas Guillen, the website said.

The new franchise of the iconic Cuban restaurant, belonging to Palmares non-hotel tourism group, is part of a general program of the Ministry of Tourism that aims at placing the poles of Trinidad, Sugar Mill Valley, Topes de Collantes and the Ancon Peninsula to be among those that will grow the most in the coming years in the country.

The second of these establishments in Cuba is located in Varadero, the most famous resort in the country, backed by global travel portal TripAdvisor among the top 25 beach destinations in the world.