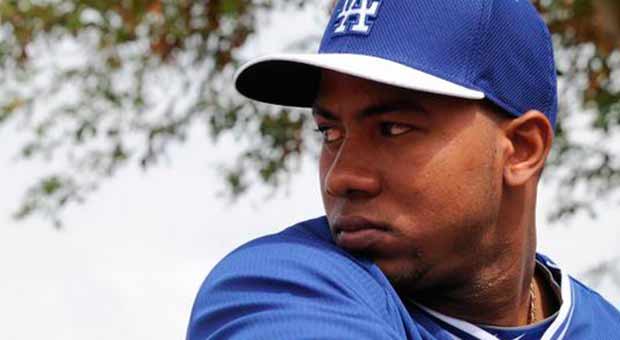 Jon SooHoo has been the official photographer for the Los Angeles Dodgers for 29 years. This Korean was able to snap Kirk Gibson when he hit his memorable homerun during the first match of the 1988 World Series, the starting point for the last title of the team in the Big Leagues.

In almost three decades, SooHoo has immortalized in images homeruns, strike outs, errors, catches, triumphs, disappointments and the like by the Dodgers, a centenary franchise in the US baseball.

However, of all moments, this journalist and photographer has always had a weakness for spring training, when, after the winter, tens of baseball players start to check in at the headquarters of the organization in Glendale, Arizona, an ideal scenario to plan the first steps in the demanding season of the Big Leagues.

Nothing escapes his lens. It is possible to find him in the stadium grandstands or back in the fields, or up in the roofs of the batting cages, always with a mobile device in hand to upload images right away.

Nevertheless, last March 13SooHoo moved differently, he was not searching for too much action in the field. Erisbel Arruebarruena, a Cuban player that according to scouts is likely to become notorious in the next few days as shortstop for the Dodgers, would appear any moment near the stadium.

SooHoo’s mission was to follow this Cuban every second during his first day as a Dodger, the first days of many days to come by the side of his countryman Yasiel Puig, one of the most eccentric and talented figures of the Big Leagues last season.

This photographer didn’t let us down with his lens. He caught every step of the player, who walked in Camelback Ranch looking haughty and with a smile on his face, which is not usual in him because of his serious and distant personality.

He walked by the changing rooms, he put on the Dodgers’ white T-shirt with mythical number 11, the same number German Mesa –his idol– used to wore. The team uniform fit him well, because even before going after his dream, he already had the constitution of a big leaguer.

Then, he changed his outfit to the blue training T-shirt, hug his brother Puig, posed with Alexander Guerrero, another Cuban trying to make his way with the Dodgers, and greeted Matt Kemp, one of the faces of the team.

He had some time left to shake hands with Tommy Lasorda, historical manager of the Californian team, and signed autographs, the first one of many, because that is a tradition and a pleasure in US baseball rather than an obligation.

Contagious sound of drums in Havana