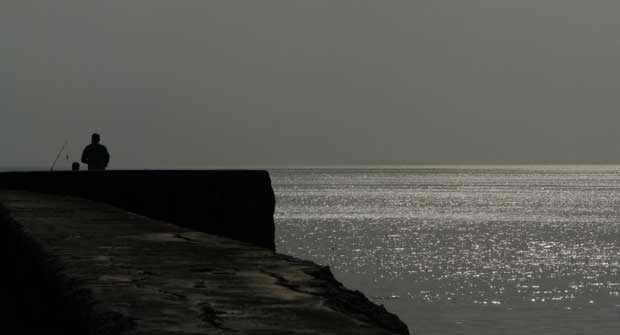 I hadn’t thought of Yero for a long time, custom took me almost to forget him. However, the night of June 10, cloudless and without waves, I remembered him a lot, for twenty or thirty minutes.

This seems so little, but thirty minutes is too much. All that one can think about something fits in thirty minutes, even with distraction.

I had taken a taxi from Cerro and Boyeros to Vedado, and close to Revolution Square the firstconversation we had came to my head. Our conversation, however, hadn’t been in the square, but in G and 27, sometime around 6 PM. It was getting dark, we had started college recently and yet Yero was my friend, there was not that strange communion between us then, that later, more than once would save us, a partnership founded on the annihilation and rejection.

We didn’t need each other to live. We were an item on the spot, someone who stay or spend the night there, like a ghost or an intruder in the middle of the forest. Sometimes I entered the forest and found Yero. Sometimes I couldn’t find anyone. I must say I preferred Yero to appear, I guess everyone needs a person in his life. Nobody likes to go through the forest alone.

This time we left the classroom-we were in the second week of college-and talk in a naive, but comforting way. I I said I liked Dostoevsky and Yero said he liked Tolstoy. I told him I liked Stendhal and Yero said he liked Flaubert. Both agree that we liked Chekhov. Yero told me he liked Gogol and I told him I had not read him. Distressed, he asked me about Cervantes and I said I had not read him either. I thought he was disappointed, but he liked my honesty. I guess everyone should get himself someone who trades in those terms.

I mentioned to Carpentier and he reacted happily. Then I learned that Yero had misread Carpentier. So had I. Yero was dazzled by the descriptive Carpentier and I by the scholar Carpentier. Nobody corrected us, we corrected ourselves alone on the road. From a phrase by Carpentier itself – “the bombast is antihuman” –we reread his books, and everything else. With other ideology, at eighteen, I had to start from scratch, by Twain and Verne. That evening also we both wondered what we were doing in journalism. Both had chosen journalism unpretentious. We wanted to write fiction, on news we were not very interested. I think that’s not a bad symptoms, but some may think otherwise.

Over time, we talked a lot, but always at specific times. Dialogues, say, pretty basic. A little brats and anorexic, we looked forward them vehemently. We concluded that the world conspired against us, but we were less important than we thought. We went through first, second and third year. Yero was about to leave the university. He did not. I kept writing, as insane, ten or fifteen pages a day, and Yero, jaded, was to make films. He shot bad documentaries, where people came in negative. Only me liked them.

On the cliffs, in the area of the Riviera hotel, the waters were clean and chlorinated as in a pool. Then they turned blue and black later. There was a boat on the horizon and only two or three minor points in the sky. No stars, certainly, more germs, early stars, holes or tears tiny in the deep mantle of Havana’s dawn. I pondered, instead, a stupid question: how could be so much water, and ocean?

Yero requested an extension and was not going to graduate in June 2013. From third year we knew the university was not more, but also knew that all was worse outside. The next afternoon my family and my friends would come and I would discuss my thesis on migration. I looked the sea to have evidence, but the sea, so suggestive always, so often mentioned, was a desert wasteland, and didn’t tell me anything.

Empty and battered, tired of a fight, I retreated. I crossed the avenue and I sank into the city. Yero was not in Havana. I was still student, and frightened, rather by necessity, I understood all that I should understand for that long. All that eventually seems a luxury, listen, is not a luxury eventually. It is a refuge.

A Cuban soccer player at Barça. Will that be possible?

Swallowing the piece of bread