batista
in Technologies of Communication and Media
0 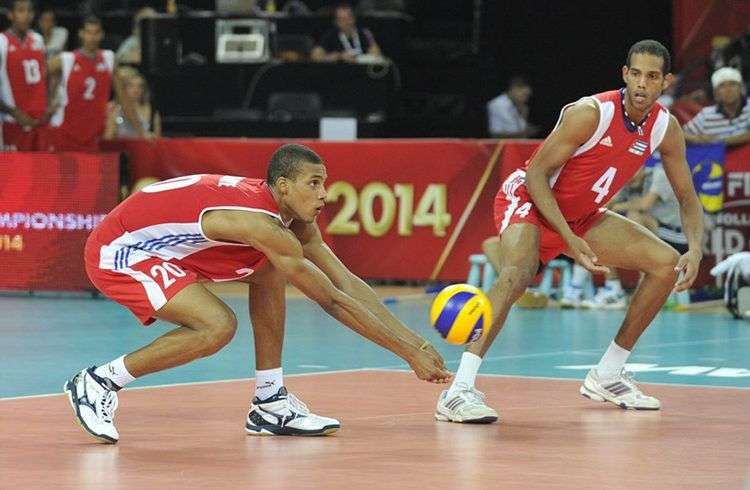 With the defeat against China (2-3) ended the Cuban performance at the XVIII World Volleyball Championship, underway in Poland since August 30th and in which the men´s team led by Rodolfo Sanchez fell from the second place achieved in the last edition, to the 11th in the final standings of the tournament.

Beyond considerations of the hypothetical performance of a team made up by experienced and talented Cuban players who shine today in foreign leagues in Russia and Turkey, to cite just two examples, it is essential to recognize the efforts made by these boys and understand, first of all, that I did not see anything other than their real competitive level, the ceiling of a generation that entered the Mondoflex long before having completed the necessary warming-up.

A month ago this same team had managed to raise the ruined ambitions of its audience with the awards received in the regional area (gold at the Pan American Cup) and victory in the third level of the World League, but always remained latent the expectation of what could happen when this group of volleyball players faced the highest level.

Now we can safely say that the forecasts were not wrong. Cuba surpassed the initial phase as fourth in the B poole of the World Cup event, behind Brazil, Germany and Finland. Already in the second round few trusted Cuban possibilities and the predictable happened: just two advanced, and in a group where Brazilians and Russians play…

But still, even with the dismal decline from silver to eleventh, the performance of Cuba with its renewed team could be considered positively adjusting to the real possibility for a roster that year after year shows a constant drain on its stellar figures .

Sanchez himself had already said several press conferences when talking about the mistakes made by his disciples: “We are a very young team, we need to keep improving.” That is something that supported in his statements coach Bernardo Rezende after the match between Brazil and Cuba in the last round of the first tournament.

Rezende, a legend in the world of volleyball and team manager on several continents, said then that the quality of Cubans remained a constant in the selections of the island.

The truth is that Cuba in its outings computed in this second stage three defeats and a solitary victory, got the latter at the expense of Bulgaria 3-0. And it was beaten by Russia, Canada and China.

In general Cubans were below average in core aspects of the game. In reception, the team averaged a pale 30.88 percent effectiveness, with 57 fouls in 699 attempts; with Osmany as the best in this section with 142 excellent receipts and just 33 errors.

Meanwhile, in serves they barely managed to unsettle their rivals, with paltry average of 0.1 aces per set played and wasted 144 attempts. Also, and it was not a surprise, blocking could not establish itself as an effective defense against offensive opponents, because it hardly performed 0.23 blocks per set.

As for the attack, this time Captain Rolando Cepeda gave prominence to the younger team members and culminated as the third scorer of Cubans with 106 points scored in the tournament, in a section in which shone Javier Jimenez (129 points, in 115 attacks, 4 blocks and 10 aces) and Osmany Uriarte (112: 98/11/3).

Still Cepeda was the most effective in his spikes, averaging a 45 percent effectiveness in offensive actions, with only 39 errors in 200 attempts; just ahead of Uriarte, who averaged 44.92 percent accuracy in the attacks.

With such figures the supremacy of Cuban offensive is evident compared to other game actions, such as defense and blocking. But what is inexplicable is the decline in serves, a weapon that Cubans in previous rosters used very efficiently and today pales.

In addition, their excessive mistakes (yes this is attributable to the lack of games at the highest level) were a weak point on the Caribbean team, to which should be added the lack of leadership in the team.

Now the Cubans will rest. With the loss to China in the Polish city of Wroclaw the Caribbean team experienced a fall that has taken it from the second place to eleventh place in the world. The boys played at the level they have. No more, nor less, lost to top competitors and let scpaed, out of inexperience some wins that could have placed them a little higher in the standings.

To add insult to injury on this team, heir of errors and unsustainable burdens if they are to return to the heights at which we used to see them, supported by several generations that, unfortunately, apparently will not return.

Israel Rojas: “You grow more in sorrow than in praise”

Adela Legrá: “For me, nothing is impossible”

Adela Legrá: "For me, nothing is impossible"

Rusney Castillo makes his debut in the MLB