Maya Quiroga
in Technologies of Communication and Media
1 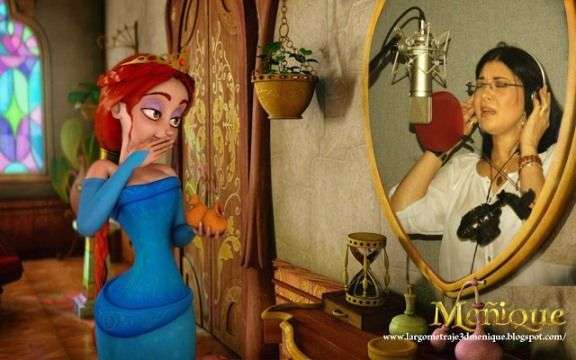 In the Greater Antilles is officially recognized the existence of the so-called Cuban School of Animation which would not be possible without fundamental experts of this art in the island between which we cannot fail to mention the brothers Juan and Ernesto Padrón. Other authoritative voices in the field are Jorge Oliver, Tulio Raggi and Mario Rivas.

And since the emergence of the Special Animation Department of the ICAIC there is a tradition of teaching and learning while at it. Today we can speak of four generations of cartoon filmmakers and an accumulated experience of over five decades.

Many of the parents of Cuban animation come from the world of comics and had to take their first steps learning with trial and error between animation tables moved by hand and old cameras from the 1920s.

It was the now distant 1960s and in the island they knew only traditional animation. That was done with ink, acetates, brushes, pens, and cardboard, tempera that joined the Creole inventive of using vinyl paint for walls and even children’s talc by the Bebyto brand.

In those foundational times “nobody knew making impeccable cartoons. We all learned to make dolls (cartoons) with terrible, horrible, regular film, “Juan Padrón recalled in his acceptance speech for the National Film Award, 2008.

Other times, the same reality

The spirit to innovate, invent and creativity have always marked the work of ICAIC Animation Studios, for a decade, located in a functional building on 25th Street between ten and twelve streets, in Vedado.

“By opening these new studies in 2003 we continue to teach traditional animation in situ” Esther Hirzel, its current director, explains.

“This is where only the subject is taught with the rigor and experience of its founders. The best students of these courses are to work in the Animation Studios.

“We enrich this way by imparting workshops to other young people interested in animation but not necessarily remain here after with us.”

A school, an academy, an imperative

There is no school that is officially in charge of training the new generations of Cuban animators. Typically, they are young people from the field of design, fine arts and even computer science.

The cartoon has been a genre sometimes relegated. Those who aspire to get a college degree are the only option the Faculty of Arts of the Audiovisual Media (FAMCA) but there they don’t teach any subject related to the discipline.

“For a while, we hold discussions with the management of the FAMCA, in order to include this genre in their curricula. We also focused on working with the Institute of Design (ISDI) where they do have some content related to animation.

“In fact, many graduates of ISDI are the largest source of staff for the Studies because the use of new technologies makes them closer to the animated productions. Here they complete their training with courses in traditional animation.

“Another way of entering the Studios is work contracts. So many young people have come who have several years experience with us and are our best animators.

“We also have come to the studios extraordinary animators from Holguin, Las Tunas, Cienfuegos, Camaguey with whom we have excellent relations. They are recruited in different works and participate in some productions. Most were formed by our animation courses “.

One of the dissatisfactions of ICAIC Animation Studios is to find good writers linked to the genre.

“When we participate in festivals in Latin America we discuss the same issues. This situation is not unique in Cuban animation.

“In recent years we included training activities in which young people prioritize which are over and the continuity of Cuban animation. We have had teachers like Arturo Arango, Jorge Oliver, Juan and Ernesto Padrón.

“Also, through agreements with Belgium and Cinergia project, we have had specialists from France, Belgium and Central America to teach workshops related to animation scripts. Our intention is that Cuban artists have training as complete as possible. ”

The cartoon was initially conceived as a traditional animation and a 3D character (three dimensions) . In this case it was a magical compact.

Eventually, it was decided to have all locations through the programs 3D Studio Max and Lightwave as the characters would be animated in pencil and processed using the Toonz .

In 2008, after a proposal seconded by Silvio Rodriguez and Padron himself, the direction of ICAIC and Animation Studies approve the draft of the first Cuban cartoon in 3D.

Padron explains in his article Film animation and new technologies. The Cuban experience in the journal Cine Cubano Number 177-178, 2010, it was “the most ambitious challenge while the best school for appropriating definitely of these new technologies.”

In Cuba there was no experience in that discipline. He had to learn to master the setup or rigging, ie each character design for a system of bones and muscles to manipulate facial expressions of the characters as if they were puppets.

Neither had experience in 3D production. In the absence, in many cases with guides or tutorials for programs like Maya, among others, to use them became a technological challenge.

Then, from 2007 to date they have had to intensively train staff. There is still the big question of what the final finish of the work will be.

As announced this week at a press conference by Esther Hirzel, Menique will be ready by April 2014. Exclusive to OnCuba she said that delays were due to “that at this early experience had to make significant investments in equipment, software dealing with change and now the film is complete in co-production with Galician producer Fiction productions.

“Now we are in the process of enlightenment and then come post-production. It’s been a long and difficult process. Menique has been a living school in which we have stumbled, we have delayed, we have trained and I think we succeeded.

“Today we have a reserve of 3D animators and associated equipment, which makes us very strong not only for this kind of animation work in Cuba but to provide film services on the continent and at the same ICAIC. That allowed us this training, sometimes forced, of Menique, the first 3D feature film made in Cuba, “Hirzel says.

Tony Avila: “The album we make it in concerts”

New regulations for taxation of the Cuban Culture sector