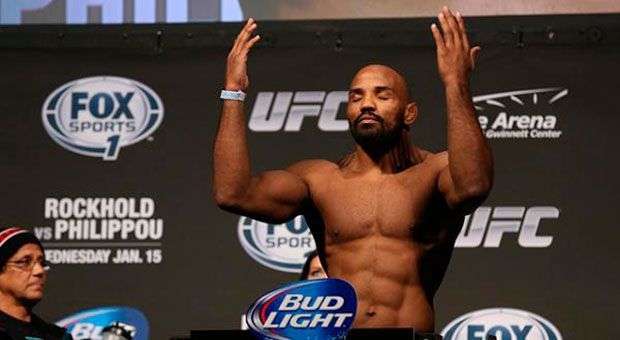 Yoel Romero ( 7-1-0) remained undefeated in the UFC circuit after beating Derek Brunson ( 11-3-0), a duel that was considered the fight of the night. The decision came in the final round (TKO by punches and elbows) and represented the third victory of the Cuban in the most demanding scenario in the world of Mixed Martial Arts. With this success, Romero was confirmed as one of the biggest prospects among middleweights, and advanced a step on the way to achieve his dream: the universal title in this division.

The bout was the ninth of the UFC Night 35, evening that happened at Gwinnett Center Arena, in Georgia. The two initial rounds favored his opponent in voting cards, and were marked by an intensity that few expected from Brunson. Romero even spent most of the second round against the floor of the octagon. But in the third, Yoel demonstrated the strength of his punch and hit two uppercuts to Brunson’s chin, advancement of a succession of accurate and heavy blows, valid for the referee Blake Grice to decreed technical knockout (TKO), something delayed I believe.

This was an excellent performance for the Cuban, who was born in Pinar del Río province. While it was clear that he still needs working cardio harder and eliminate those moments in which he fights with low guard, in this fight he proved having dynamite in his hands, especially the left one. In addition, he showed a remarkable expansion of his technical arsenal, an ideal and essential complement for his exceptional qualities as fighter.

Yoel Romero was one of the best freestyle wrestlers in the world for almost a decade. In 2000 he reached the silver medal at Sydney Olympics. He won five medals at World Championships: gold in Ankara 1999, silver in Tehran 2002 and Budapest 2005, and bronze in Tehran 1998 and Krasnoyarsk 2001. He performed epic battles against two other ace wrestlers in the 85kg, American Carl Sanderson and Russian Adam Saitiev.

In 2007 he decided to settle in Germany . In that nation he began practicing mixed martial arts. His official debut came in December 2009 with a KO victory against German Sascha Weinpolter. On European soil he won in three other fights. The only loss he has suffered was while being already in the United States. It happened in Strikeforce circuit and the perpetrator was Rafael Cavalcante. Last 2013 marked his debut in UFC with KO of the night on April 20 against Clifford Starks in the middleweight division. Another success in September when facing Brazilian Ronny Markes validated him as one of the most promising fighters in that category.

In the octagon he is called “Soldier of God” and integrates the franchise American Top Team. He loves Brazilian jujitsu, and in this discipline he found a strong ally in his learning path towards UFC. Moreover, his training plans include Muay Thai and Boxing. “The desire, physical and the heart are responsible for the rest,” Romero, who will be 37 on April 30, once said.

In an interview before the fight conducted by the Miami Herald journalist Jorge Ebro, the Cuban said: “Mine is working hard every day and that work will take me forward. One day I will open my eyes and someone shall tell me I will fight for the crown, but I do not despair. “The victory against Brunson was a clear signal that he is on the right way.

Havana Airport introduces changes to its services due to CELAC Summit

Eduardo del Llano: “I tell the stories I want, the ones that I like and captivate me”