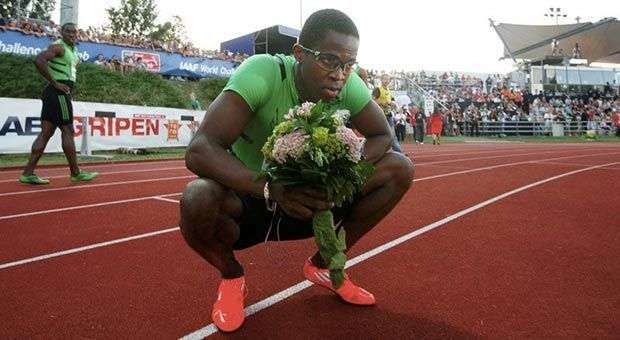 Dayron Robles returns to the ring. He will reappear this week under the colors of the AS Monaco club, first in Bordeaux and then in Dusseldorf, initial meetings of European athletic season that opens its gates in indoor stadiums for the World Championship next March in Poland.

This event the Cuban cannot attend. The Cuban Athletics Federation has maintained its position of not accepting Robles within the ranks of the national team. Despite recent statements by the sprinter, although he has returned after his untimely departure, the situation remains the same and Robles soon will have to enjoy on TV the 60 meter hurdles event in the world championship.

His goal now is to compete, reenter the elite. That’s what he has in mind, plans to participate in 4 stops of the indoor winter season. Now in Bordeaux we will see if the training sessions outside the Pan American Stadium in Havana have been profitable, he and his coach Santiago Antunez are enthusiastic, well motivated to return to the tracks.

His second presentation, in Dusseldorf, is scheduled for January 30, a scenario that should bring him back fond memories. In the German circuit in 2008 he stopped the clocks at 7.33 seconds , second-best in history, surpassed only by stratospheric 7.30 by Colin Jackson in 1994.

Robles in recent statements to the Associated Press news agency said: “I am very happy to return to the indoor competitions, this is a short race, it will technically help me in the start and the first part of the race, and then it makes easier the 110 meters outdoors.”

After finish last season in Europe with some mixed results, Dayron has been readying in advance to face at his best the early season. His goal now is to race at least under 7.50 seconds in these early races. “This year I worked hard, I improved some aspects of strength, speed, power, which will help me. Now I concentrate on doing the job right and get back my times. “