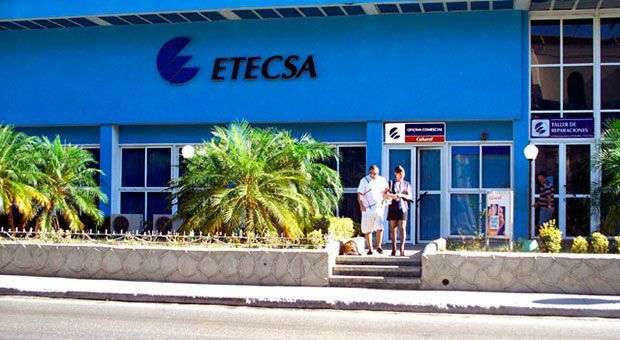 The Cuban Telecommunications Company S.A. (ETECSA) published in its official website a note on the granting of new permits in the self-employment sector in Cuba, that of “telecommunication agents”.

According to the company, which controls telecommunication services in the country, the purpose of these new agents will be “providing commercial information on the Company; selling and recharging prepaid phone cards for land lines, mobile and internet access; cashing phone bills and providing local and national and international long distance calls from the agent’s place (if they have activated that service)”.

All those interested in becoming Telecommunication Agents –those who had previously worked as operators in Agent Centers– can present their applications until March 31stat ETECSA’s commercial units located in their chosen area.

Unfortunately, for those who are not found of bureaucratic proceedings this implies asking for an “Application to work as Telecommunication Agent”, which will be presented at the Municipal Direction for Labor and Social Security in order to get the permit and then registering it at the National Tax Office (ONAT, by its acronym in Spanish), and finally going back to ETECSA to legalize the contract.

Resolution No. 42 by the Ministry of Labor and Social Security, published in the website of the Gaceta Oficial de la República de Cuba, authorized the exercise of this activity since August 22, 2013.

Agents will sell the company’s services at the same official prices and will be able to work as agents even though they don’t have phone services at home. In addition, they won’t have to render all services provided by ETECSA and as “payback they will get a commission for their services”.

Namely, the company will pay self-employed agents 30% of the returns they bring in during the month per phone call, 10% of total monthly sales and recharges per prepaid services, 10% of total monthly incomes per cashing bills and $ 0.50 Cuban pesos per each commercial proceeding concluded (though this service will not be render in this first stage).

As for now telecommunication agentswon’t be able to promote these services away from a specific point in the area.

In accordance to some reports by the Cuban press right now ETECSA is only receiving applications from people working at the Agent Centers and it is not known yet when they will accept other people’s applications.

Agent Centers are a curious phenomenon. On one hand, they offer state servicesthrough a natural citizen at his place of residence, and on the other, they are “angels or demons” in the neighborhoods or hard access areas they live in.

Until August 2012, there were more than 18.159 Agent Centers where, regardless of open hours, services depend on the good will of house owners.
According to the fairly outdated Service contract for agent centers, these centers are used for making or
receiving local phone calls as well as national and international long distance calls, –long distance callsin the modality of call collect through operators or through prepaid phone cards–and urgent calls to any of the neighbors living in the area of the centers.

They work 12 hours tops, preferably from 8.00 AM to 8.00 PM, with a short break during lunch time from12:00 M to 1:00 PM, from Monday through Sunday, including holidays. Besides, these agents have the commitment to expand open hours in urgent cases such as, death, disease, accident, government need or other kind of emergencies.

However, operators can decide to offer services 24 hours a day.

Among ETECSA’s obligations to telecommunication agents there is the payment of a “commission prize up to 30 % of the amount of monthly phone bills” –according to the contract– which included the agent’s line traffic through whether digital or analogical lines.

The company must also activate phone service (3000 minutes in/out) on every first day of the month in case of AgentCenters equipped with Fix Alternative Technology (TFA, by its acronym in Spanish).

As stated by Radio Rebelde radio station these agents are released from presenting an affidavit on their personal revenues and will have social security benefits by paying a minimum monthly amount of 20.00 Cuban pesos.

Jorge PichsLeyva, comercial specialist from ETECSA’s head office, noted on the increase of Agent Centers in this new modality that they are planning to reach 25.000. He also stated that this new source of employment will bring communities closer to products only offered in its retail offices, Multiservice Centers and Commercial Offices.

ETECSA is one of the most controversial Cuban companies. Prior to its creation, there were 14 communication enterprises that provided, telephone, radio, posts and press services, but on February 4, 2011, the GacetaOficial de la República de Cuba announced that Cuba had purchased 100% of the stocks of the company.

This year ETECSA has successivelysurprised its clients “for better and worse”. For example, on January 21, 2014, it announced that Cubans could make payments from internet from the website www.ezetop.com.

Then, it approved new “temporary” prices for international calls and text messages, prepaid offers for land lines and, in March they informed that Cubans will be able to have access to email services from their mobile phones, though this only applies for @nauta.cu accounts at a price of $1.00 CUC per MB (Megabyte), in consonance with Resolution No. 8 of 2014.

Mario Coyula : “Cuban architecture was kidnapped by the builders ” ‘