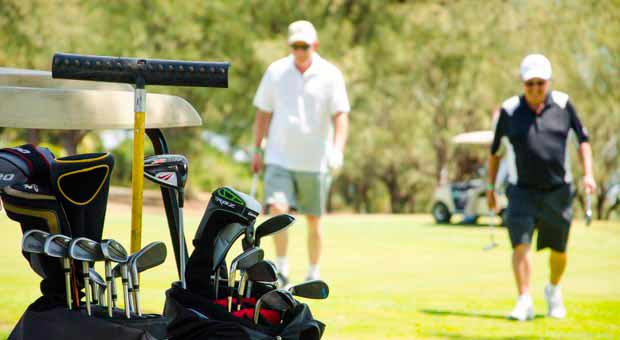 In an atmosphere of camaraderie the VI Cuba Golf Cup in the resort of Varadero wrapped up yesterday. The event boasted 51 participants, 46 men and 5 women, from nine countries: the USA, Canada, Spain, Argentina, China, Vietnam, Germany, England and Cuba.

The event was held at the Varadero Golf Club facility founded in 1998 and is 3.5 km long, has an area of 72 hectares and 18 holes, par 72. The competition was organized by the Palmares Extrahotelero Group and sponsored by Escencia Group, Caribbean Resort & Golf, Beach Golf Resort, IGRM and La Gran Antilla companies. The call was made to professional players and amateurs over eighteen with certified handicap of twenty-four in the case of men, and equal to or less than thirty in the case of women. A round of practice and two within the competition were performed to dispute two awards per category.

Steven McKenna of England was the winner of the Gran Copa Carbonera, while Yanet Mendez of Cuba was the winner of the tournament in the Ladies category. Yanet said she plays golf since she was seven. Last year this athlete won the Memories tournament. Her enrollment this year was sponsored by the restaurant La Guarida. Awards in other categories such as longest Dive, Best Gross and Closeness to the pin were also given.

Although such an event is promoted by the Ministry of Tourism of Cuba to promote projects associated with the construction of golf courses as one of the investment opportunities offered by the country, there were no comments regarding immediate or future plans in the sector.

Cuba in the world: developments and opportunities