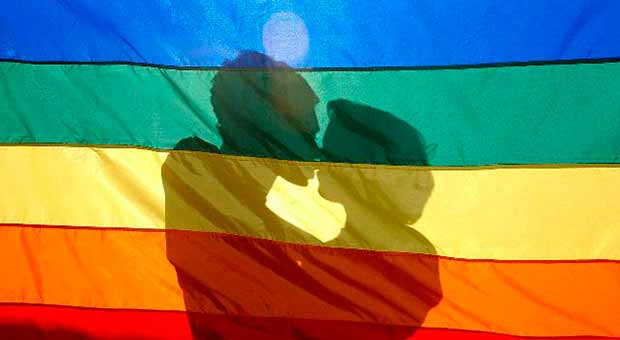 It seems I will finally meet in person my virtual friend Gloria Careaga, renowned psychologist, academician and activist of LGBTI, who works as general co-secretary of the International Lesbian and Gay Association (ILGA) on the occasion of the Sixth Regional Conference of that organization for Latin America and the Caribbean.

Form May 6 through 10, Cuba will welcome specialists and international LGBTI activists from the Latin American continent to debate and exchange experiences on the struggle against any kind of discrimination and exclusion due to sexual orientation and gender identity, at the Plaza America Convention Center in Varadero, in the western province of Matanzas.

Cuban activists from different groups and networks from all sexual orientations and gender identities are getting ready for the event, which is organized by the National Sexual Education Center (Cenesex by its acronym in Spanish), in coordination with other national institutions and organizations.

I particular, I would like to thank my colleagues from the group Humankind for Diversity (HxD), which is part of Cenesex’ social community networks, for choosing me as delegate to such important meeting. For those interested in joining the conference –ILGA is an open organization and anyone who wants to join the conference is welcomed–, inscriptions are still open.

Agile and gentle, precise and concise, Mexican Gloria Careaga, who is also cofounder and member of the direction of one of the oldest lesbian groups in her country and a researcher on sexuality, gender and sexual diversity at Mexico’s Autonomous National University, agreed to answer via email some indispensable questions on this unprecedented event that is also part of the celebrations on the occasion of the Seventh Cuban Festival against Homophobia.

Why did you choose Cuba for this event?

Cuba had expressed its interest in hosting ILGA’s Conference since 2006. Even though regional conferences hadn’t had a clear manifestation recently, we considered accepting that proposal. Cuba is taking clear steps towards the protection of LGBTI rights and I believe it is important to know more in detail the work done here.

Activists from several groups and networks from all kinds of sexual orientations and gender identities are getting ready for this meeting.

What’s the stage of preparations? What are the expectations of its organizers as to participation and results?

The Organizing Committee has answered every concern by the Regional Committee. I’m aware that everything is set for the Conference. We have seen the interest by many regional organizations other than Latin American in participating in the event. It is a positive thing that the champions of LGBTI rights from all the countries in the region are present, that’s the challenge.

The program of the conference is very appealing and I think this will be a good opportunity for defining our next agenda and some collective strategies for moving on in the protection of our rights; but most of all, to make the most of this opportunity to exchange experiences and create bonds.

In your opinion which are the most important topics to be dealt with during the conference?

The Conference is an opportunity to make a balance on the regional situation, which is pressing in order to contextualize further discussions.

It is also necessary to make a balance on the actions undertaken in the international arena in order to assess the strategies implemented. However, the Conference tackles several issues that allow taking the needed course to move on in the protection of our rights: health, education, homophobia, political participation, arts, among others.

How can this Conference contribute with the development of the LGBTI movement in the region?

As I pointed out earlier, for many people it is important to know the process that is taking place in Cuba, in terms ofstrategies and results. This exchange of experiences enriches all processes.

Could the Conference boost work relations with Cuba? How?

Some organizations have been close to Cuba’s process for a while. For others, this is the chance to create links and develop joint projects between organizations and nations.

What’s your assessment on this opportunity to coincide with the Seventh Cuban Festival against Homophobia?

We have heard about prior editions and we believe that for regional activists this is an important moment to experience and join the festivities claiming for respect.

Cuba in the world: developments and opportunities