Inside the skin: “From nostalgia, frustration and joy”

by Reinaldo Cedeño
in Technologies of Communication and Media
0 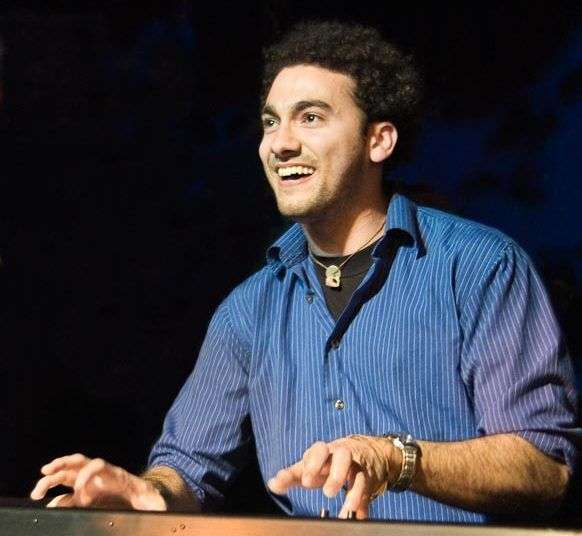 “He is intuitive and original, and could belong either to the American tradition of experimental jazz, Afro-Cuban religious culture or contemporary music. He has courage, soul and memory. “Thus was written by Ben Ratliff in The New York Times on Cuban musician David Virelles. His phonogram Continuum was chosen 2012 album of the year by that publication.

He has just presented the CD Mboko: Sacred Music for Piano, Two Basses, Drumset and Biankoméko Abakuá with ECM from Munich. He is the first Cuban included in label through which catalog the Mecca of world jazz has passed.

David Virelles González was born in Santiago de Cuba city on November 10, 1983 and he is today an emerging international jazz legend. Cuba goes with him on his prodigious hands, on each beat.

Not everyone has the privilege of having at home a composer and troubadour as José Aquiles or teacher and flautist like Mercedes González, your parents. You seemed predestined. How much did they influence on your vocation? How do you remember those early years?

It was a huge influence because of the musical atmosphere developed at home. My mom took me to the Vocational Art School where he taught, long before I entered the elementary level. I remember her in the rehearsals with the Oriente Symphony Orchestra and the wind quintet she was part of. And I also remember my dad, playing guitar, writing songs, and in the rocks that he held and still holds. My grandparents were also music fans.

In the 1990s, my dad managed to get the albums by pianists Emiliano Salvador and Ramon Valle and the collection “Años” (Years) by Pablo Milanes. And from that moment on, my obsession with the recordings by Emiliano and Valle was absolute.

I also remember several people from my formative years: Professor Deisy Diaz Paez; whom I owe having to be playing the piano today; Lucy Wong, who supported me in my interest of wanting to improvise, and even paint; Professor Lina Fernandez, who still provides me information. At the current stage of my life, I realize how special the education I received in Cuba was, and the depth of the work of many teachers who change the lives of these children.

What are the clearest memories of 1999 JO-JAZZ Festival (La Zorra y el Cuervo nightclub, in Havana) where you got the first place at only 16?

It was one of the most important moments in my training: it facilitated the exchange with people who were already teachers, it was the introduction to the musical world of Havana and there I met Roman Filiu, with whom I have a brotherly exchange, Rolando Luna, among others. I keep in my heart the joy of having known my heroes: Frank Emilio Flynn, Tata Guines, José Luis Quintana “Changuito” and Chucho Valdes.

Also by that time, the Caribbean Festivals were the platform to start experimenting, and I played with a group of friends, including Alberto and Arnaldo Lescay, and the distinguished Pepin Vaillant was one of the regular goers at our rock.

How was your meeting with Jane Bunnett and how much do you owe her in conquering other scenarios?

The first time I met Jane and her husband Larry Cramer, was at Esteban Salas Conservatory in 1998. There we became friends after playing. They were accompanied by the illustrious Inaudis Paisán. They invited me to record the CD “Alma de Santiago”, then a Grammy nominee, and then going to Canada. Playing with Jane Bunnett was my first experience making tours as a professional. She put me on the international map.

A very important moment was when receiving the “Oscar Peterson” Award for Musical Excellence in 2004, from the Master’s hand itself, as well as winning the first prize at the Grand Prix of Montreal Jazz Festival in 2006, which led to record my first album as a pianist and composer.

How could you be so successfully part of New York musical universe ?

I’m in New York since 2009, thanks to a grant from the Canada Council for the Arts to study with the eminent musician Henry Threadgill. Since my arrival, I tried to approach musicians I admired from afar and I gradually started to work with some of them, who have very different aesthetics. This is a city where musicians greatly appreciate the originality and the pursuit of a personal direction.

Did you find spiritual or cultural support in the great Cuban Latin jazz names … or that story is a thing of the past?

Honestly, I do not think in those terms of “jazz” or “Latin jazz” or “classical” music, or “hip hop”. To me, those are terms invented by the music industry as a marketing strategy. However, I can tell you that what is known as “Latin jazz” does have relevance and is not at all a thing of the past. Chano Pozo has a place in American music, as well as Machito, Mario Bauza, Chucho Valdes, Emiliano Salvador, Gonzalo Rubalcaba, Peruchín, Frank Emilio … and younger people who produce tirelessly.

It’s all part of our cultural heritage and that feeds me spiritually. Thinking about Manuel Saumell writing dances in New York, Amadeo Roldán or Gilberto Valdés doing premieres in major concert halls in New York, Chano Pozo in Harlem with Dizzy Gillespie or Charlie Parker; is an eternal source of inspiration.

How far and how close are you from Cuba? How do you perceive your country from the so-called Big Apple?

I feel very close and very far from Cuba, at the same time. It is a complex process, despite the family ties and my frequent visits. It happens that sometimes I do not recognize or can not find some things I look for when I return; but I understand that evolution is a real factor.

I feel Cuba -and Santiago specifically- from nostalgia, from the frustration many times; from joy, from pride, from sadness, from curiosity to learn more about it. I also feel it like flag, as a life philosophy, and by that I am talking about a certain kind of attitude that I think dates back to colonial Cuba, to mambi time.

What can you tell me about your latest album, and your immediate future?

Mboko … is a project of which I am very proud because it is an exploration of carabalí culture, especially Abakuá tradition. The most significant thing was the fact that we could introduce this music, marginalized by its African-Cuban religious and folk background, into one of Europe’s most important record labels in the history of improvised and classical music.

Simultaneously, I am involved in several projects where I participate as a side-man in the groups of Ravi Coltrane, composer and multi-instrumentalist Henry Threadgill, and the famous Polish trumpeter Tomasz Stanko. Also, I have my own projects: my trio, my independent record productions and composition. I do not have time doing concerts worldwide.

I know that traveling and playing my music is a luxury, but it is also very tiring. For now, I would also like to premiere a song in Santiago de Cuba that I composed this year and simple works for piano that I wrote thinking on the piano students of art schools in Cuba

Who is David Virelles?

Tribute to the Japanese manga in Havana