eduardodelllano
in Technologies of Communication and Media
0 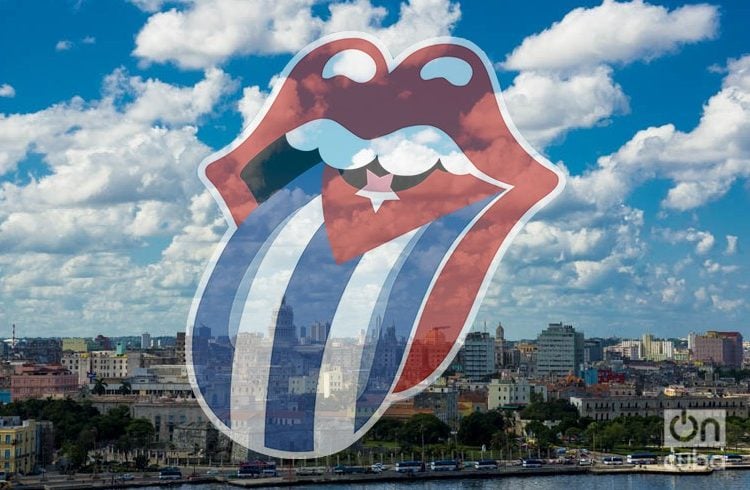 This Norwegian guy doesn’t look like a rock’n roll fan at all: his hair is short, and he’s dressed like any other tourist. However, for the last 21 years he’s been the soul of “It’s only rock and roll” (IORR) – the biggest and most popular Rolling Stones fan website in the world, with 1 to 2 million visits per year.

He takes care of most of the content: set lists, pictures, news about each concert… Of course there are contributors who send him reviews of gigs, fan forums, and links to similar websites, but he does most of the work by himself.

I discovered the website a few years ago. I wrote him an email, he replied, and we exchanged a few more emails after that… until now that I heard that he would be travelling to Havana, and that we’d have the chance to meet in person.

Two years later, he travelled to Gotemburg, in Sweden, to attend his first Rolling Stones concert. Not many people in Norway did that, just under the necessary amount to fill three buses, and the Norwegian press made fun of those weird guys who were travelling to the neighbour country to listen to that noisy music.

Almost a decade later, in 1982, Bjornulf returned to Gotemburg to attend a new concert of the Stones, but this time Norwegian attendees filled 60 buses and thousands of cars. From there, he went to Wembley, in London, where he realized that he knew more about the band than most British fans.

He decided to create a fanzine that he mimeographed, stapled and sent to friends. It was a homemade publication featuring set lists, exchange ads… In 1995 he created a website. The internet was still slow –yet faster than what we have in Cuba today, I guess… anything should be faster than this- but Bjornulf worked as a website analyst, so he soon had an attractive and reliable website for himself. In IORR you can find reviews of every concert of the Stones since 1995.

“I don’t get any financial benefit from the website,” he said, “on the contrary, it generates expenses. But the job I do to make a living I can do it in any hotel room, as long as I have a laptop at hand. The rest of the time I devote it almost completely to IORR.”

Talking about expenses, he and his wife have attended all the concerts in this Latin American tour of the Stones. All of them, starting on January 28, in Chile -where he got a press pass and was able to attend the rehearsals-, Argentina, Brazil, Uruguay, Peru, Colombia, Mexico… In his opinion, the best concert so far was the one at Mexico City, the moment when the brilliance of their majesties reached its peak.

“When the Stones are on stage, there’s magic,” he said. “It’s the chemistry amongst them. It’s like an atomic bomb: put together two pieces that would be harmless on their own, and there will be an explosion. Put the four Stones together, and it’s like a nuclear reaction. Mick is crazy, and his craziness is contagious for Keith, then Keith goes nuts too and plays those wonderful solos, and Ronnie smiles, and Charlie sets the rhythm, and everything happens. The Stones are one of a kind.”

When I asked how special this concert in Havana can be, he replied that it will open Cuba to the world. He thinks this can bring Cuba closer to the world and, among other things, contribute to lifting the embargo that the United States have imposed on Cuba for so many years.

I also asked him what songs will the Rolling Stones play in Cuba. Here’s his prediction:

They’ll open with Start me up or Jumpin´ jack flash

It´s only rock and roll

Then they play songs that vary from place to place, but that normally include Wild horses or Angie

Then, two songs sang by Keith, generally Happy plus another one (Before they make me run, Slipping away…)

Sympathy for the devil

Start me up/Jumpin´jack flash (obviously, the one that they didn’t play at the beginning)

Then, the encores: You can´t always get what you want and an extra-long version of around 15 minutes of (I can’t get no) Satisfaction

Although his passion is the Rolling Stones, this Norwegian also listens to Genesis, Supertramp, Pink Floyd, Marc Bolan & T Rex, David Bowie, Queen, REM, Coldplay… and, noblesse oblige, he likes A HA (who doesn’t remember Take on me?) He has also attended solo concerts of all the Stones but  Keith.

My last question is if he has ever had the chance to talk to one of the Stones.

The economic impact of changes in U.S.-Cuba relations